The group was protesting during a christening event for the USS Inouye. Twenty-five were arrested in a separate incident April 27. 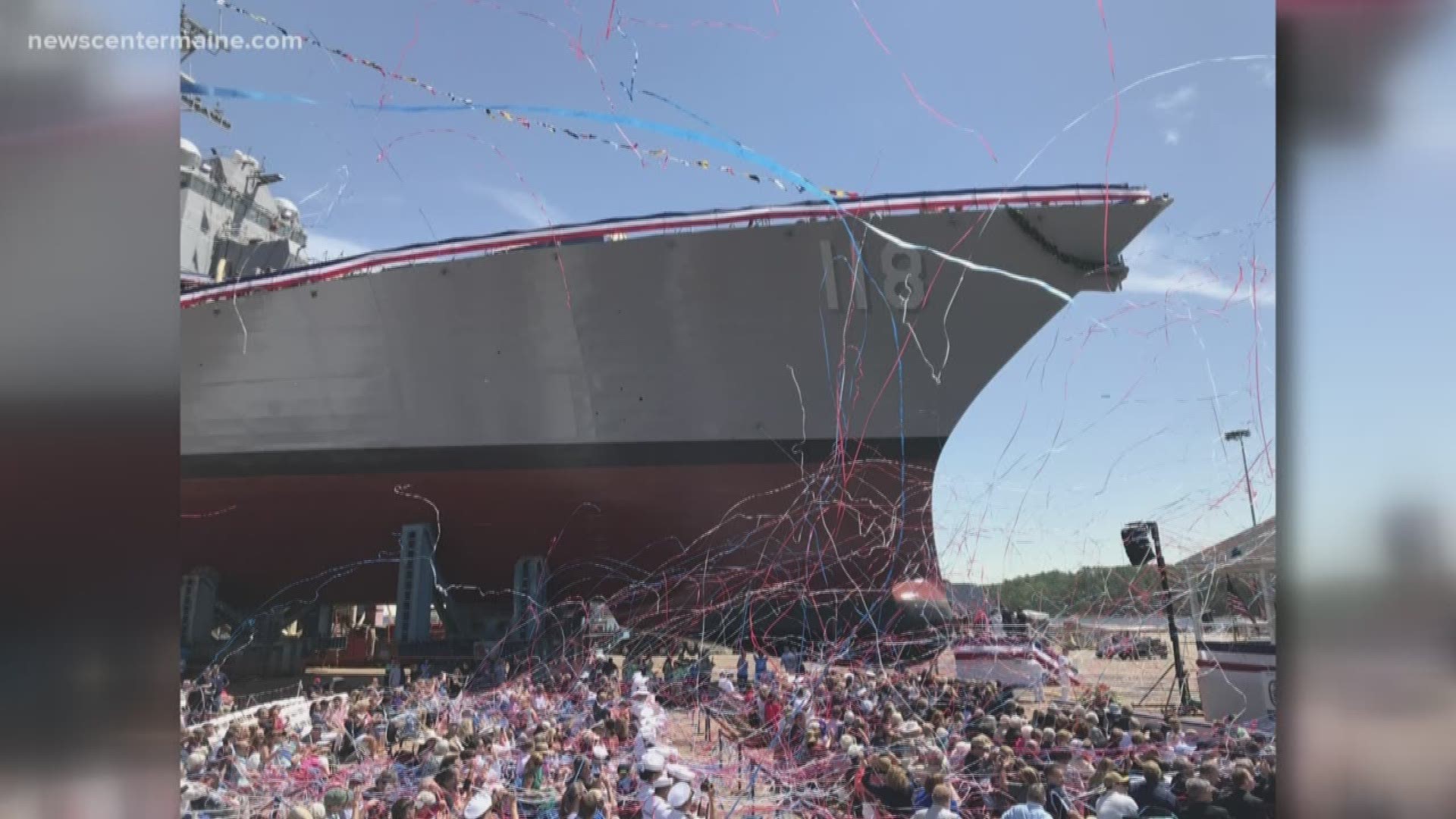 The event was for the christening of the USS Daniel Inouye, or DDG-118, a non-public, invitation-only gathering, and came just eight weeks after 25 protesters were arrested April 27, whose charges were later dropped.

Bath police said a total of about 50 people — from groups Maine Veterans for Peace, and Global Network Against Weapons & Nuclear Power in Space — were protesting from various spots adjacent to the shipyard, and were primarily gathered on Washington Street by King Street. Some later moved to the area of BIW's South Gate, they said, and others went to Vine Street.

Those arrested were taken into custody between 8:45 and 10 a.m.

Police said 12 blocked the South Gate entrance, preventing buses from entering the shipyard with invited guests. They said all 12 were ordered to leave the roadway but remained there. Four were arrested in one occurrence, and the other eight at another time during the hour, all without incident.

Police said five on Vine Street blocked a bus carrying passengers to the event, and five on King Street blocked the flow of traffic. All 10 ignored orders to leave the roadway and were arrested without incident, they said.

The 22 arrested were identified by police:

Organizers said Saturday's protests were part of an ongoing "Conversion Campaign" in Maine. “We engaged in civil resistance to underscore our  conversion demand. BIW should be helping to solve the climate crisis, not building weapons that make the problem worse,” Mark Roman said.

All 22 arrested were processed at the Sagadahoc County building. Twelve were bailed on "personal recognizance," police said, and 10 who refused to sign any summonses or bail slips during the booking process — Freeman, Sophia Fuller, Fulton, Gagnon, Jones, Mayers, Ostensen, Searway, Sullivan and Wray — were taken to Two Bridges Regional Jail in Wiscasset.

A court date of Aug. 6 was set for all in West Bath.

The USS Inouye, named after longtime U.S. Sen. Daniel Inouye, a Medal of Honor recipient, is sponsored by Sen. Inouye's wife, Irene, who christened the ship Saturday by breaking a bottle of sparking wine on its bow. 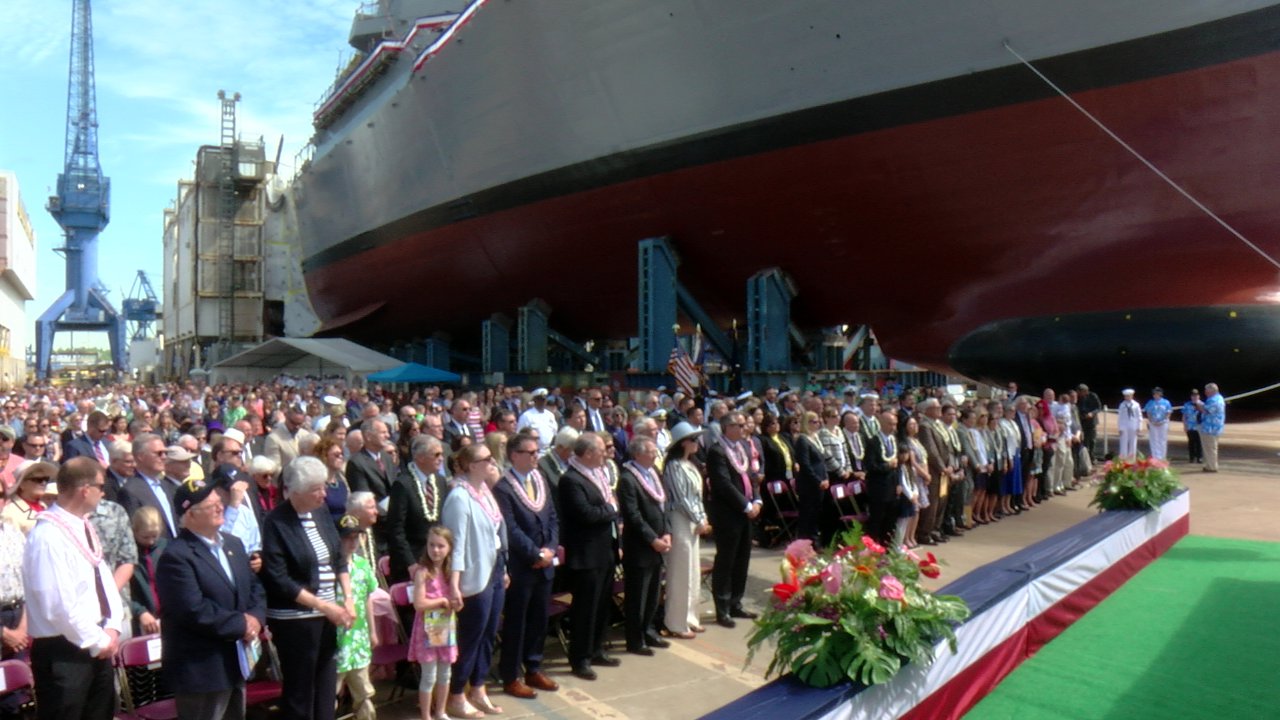