'I'm speechless': A music teacher lost nearly everything in a fire, but her community stepped up to help by raising tens of thousands of dollars in just three days. 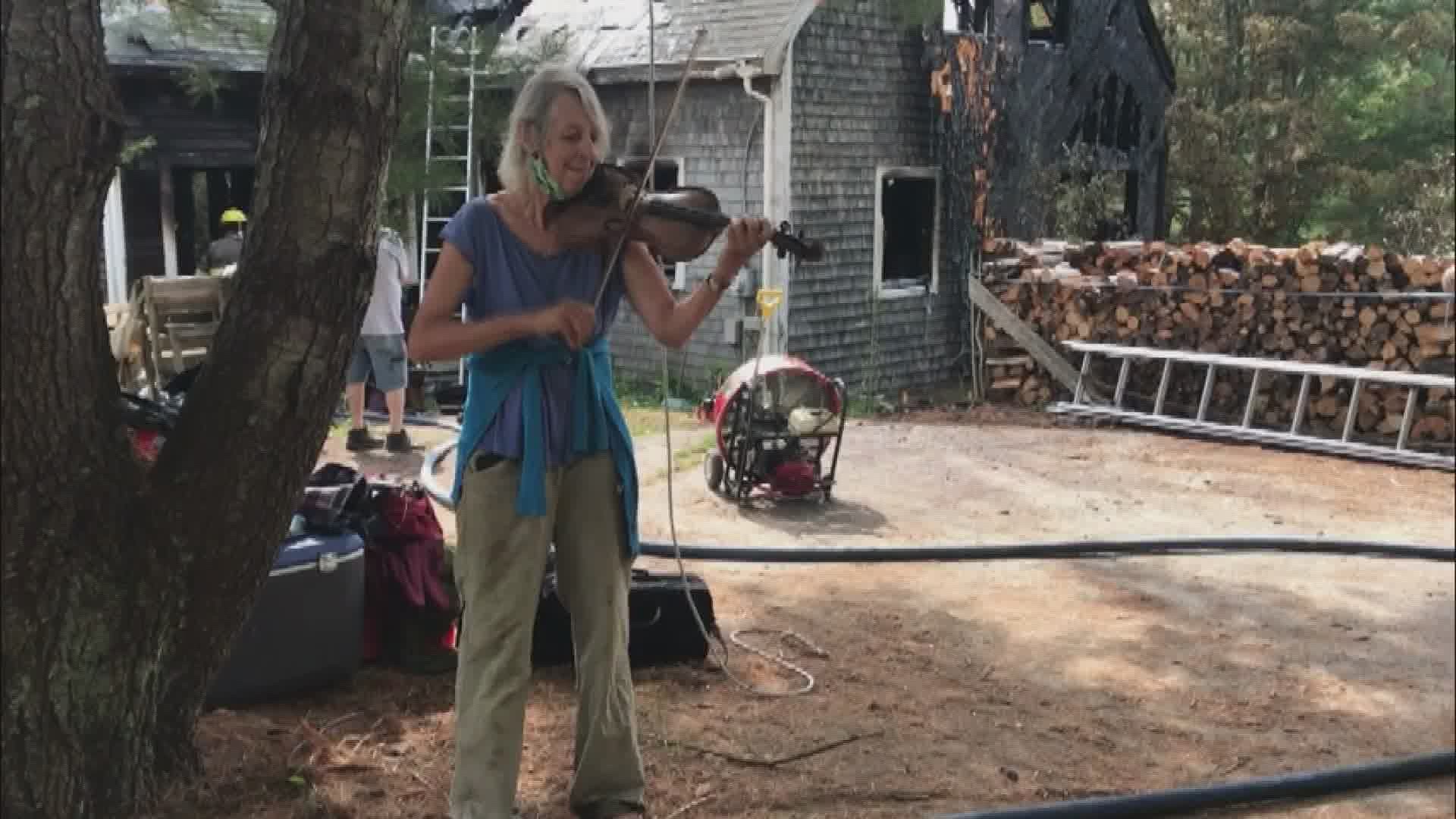 DAMARISCOTTA, Maine — Over the weekend, a fire destroyed a home in Damariscotta, leaving one woman homeless, but her heart full with gratitude.

Kaity Newell is a music teacher who performs with a variety of different local groups and also gives lessons. When her neighbors learned what had happened, they jumped to help. One launched an online fundraiser. In just three days it reached nearly $70,000.

Her friends say it's a reflection of how much she has done for her community.

"She is an amazingly hard worker," said Doug Protsik, a friend of 40 years. "She's busy giving music lessons, working in her garden, fixing up her house, taking care of endless animals, she raised a fantastic family."

Jenny Begin, another friend and neighbor, is the one who created the fundraiser. She describes Newell as the "glue that keeps [their] community together."

"She is always there with her music and her students playing at every event," said Begin. "It's kind of like the soundtrack of Damariscotta, the fiddle music."

Firefighters were able to recover Newell's fiddle, which she was so happy about that she decided to play it right then and there at the scene of the fire. Another neighbor captured the moment on camera.

At a time when most would be crying, Newell is doing what makes her happy. And with the overwhelming support from the community, her story is a lesson that proves you can have nothing but feel like you have everything.

"It's amazing," said Newell about the donations. "It fills my heart with gratitude."