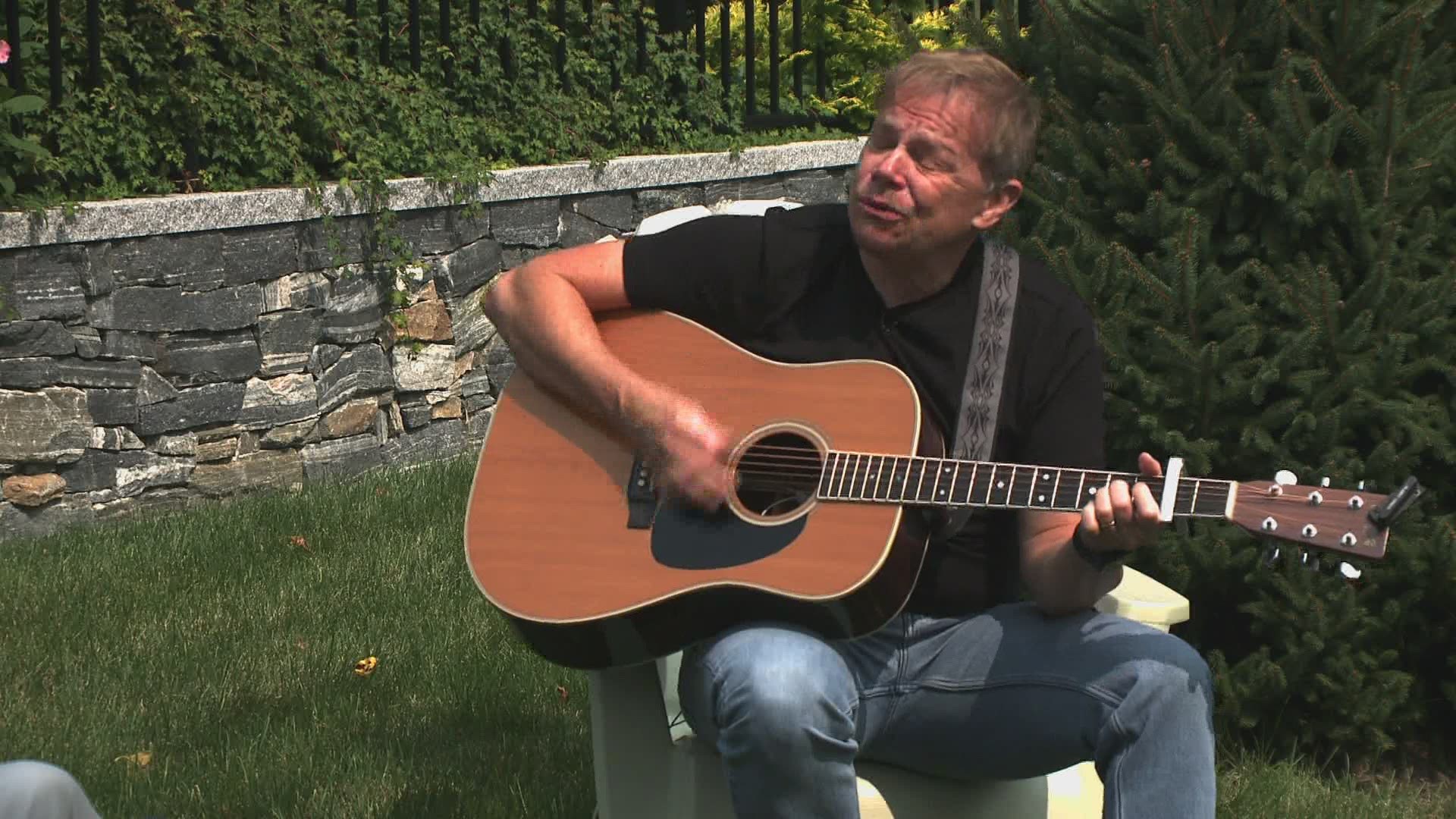 CUMBERLAND, Maine — Cidny Bullens has been a musician for more than four decades, good enough to score a Grammy nomination, good enough to sing backup for Elton John. Time can take a toll on a singer’s vocals, but Bullens is pleased with what he hears these days. “I like my voice now better than I ever have,” he says, and in this case it’s a statement freighted with one heck of a back story.

It was almost ten years ago when Cindy Bullens became Cidny Bullens and started transitioning from a woman to a man. Music, which had always played a defining role not just as a career but as a passion, got set aside.

“There were years when I worked at the L.L. Bean warehouse, not that long ago, just trying to be quiet,” he recalls. “It was during my transition--the beginning of my transition—so I was trying to kind of hide away…and I really tried not to do music but somehow it seeps—not seeps, it explodes at some point and I have to be creative.”

Bullens, who lived in Maine for many years and still has family here as well as a home on an island, moved to Nashville early in 2020. In August, he released “Walkin’ Through This World,” his first album as a male performer, a work that expresses his true self. “It may sound a little trite, it may sound a little whatever, but it’s the truth,” he told me. “I no longer feel any restraints on who I am.”

Having a sense of humor also helps. Speaking of the happiness that he’s felt since marrying his wife, Tanya, he says with a smile, “Who knew? Who knew? You make a little change of gender and things kind of fall into place.”

Bullens has not lived, to borrow a phrase from his one-man stage show, an ordinary life. After seven decades, though, it’s turned into a good one. “It’s been a rocky road and a curvy road and sometimes it looked like I was going to go off the cliff,” he muses. “I like to say now if you live long enough, you get to have a chance to really become who you are.”

RELATED: Live theatre is coming back to Maine—and never has it required such effort

RELATED: The Maine Jewish Film Festival goes back to its roots