He’s reported from six continents. He still misses the pizza from where he grew up in Maine.

For a veteran reporter, there’s something special about coming home 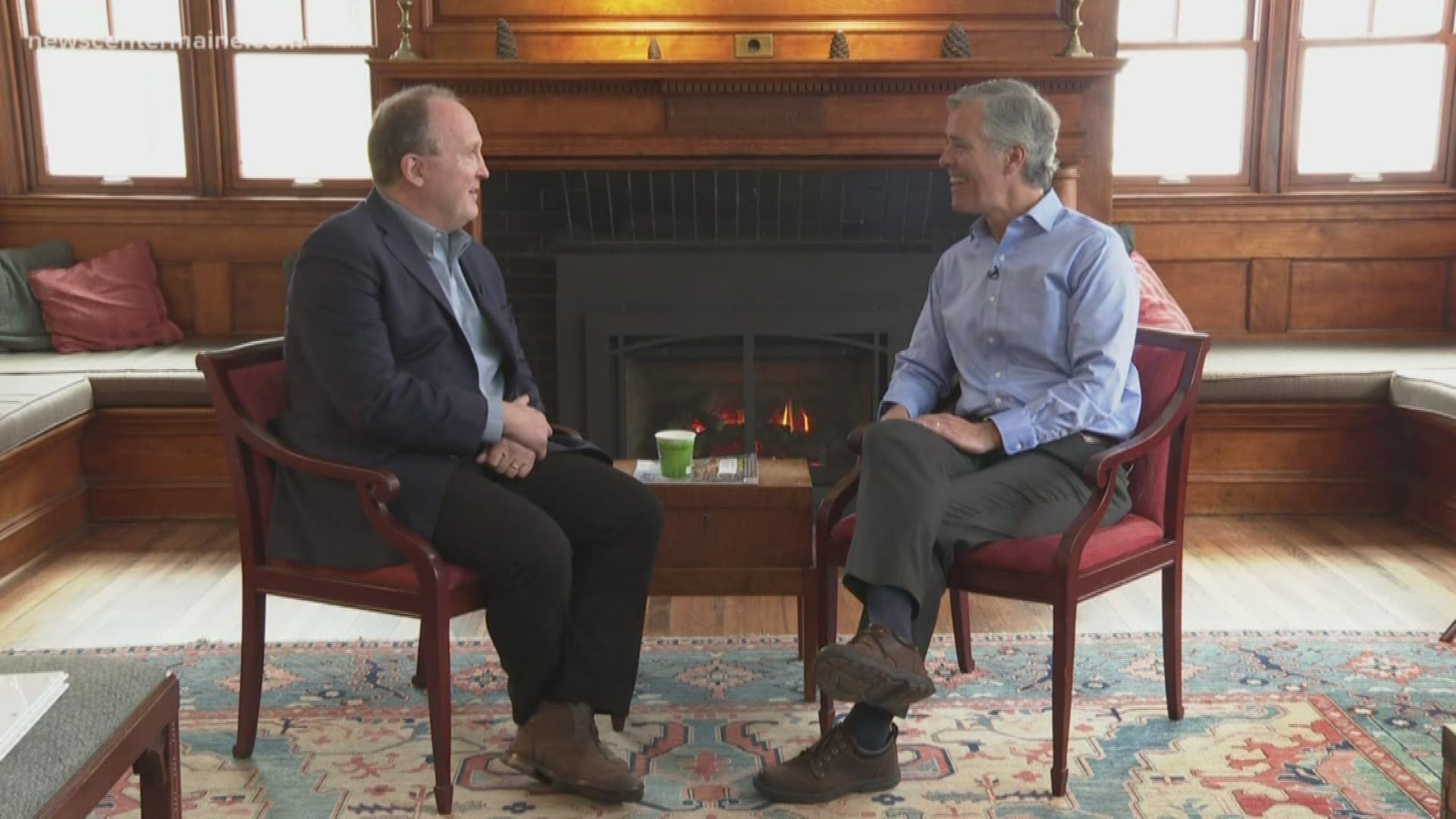 BRUNSWICK, Maine — Although he’s criss-crossed the world and reported from more than 75 countries as a foreign correspondent for the Washington Post, Kevin Sullivan always likes to come back to Maine and the town where he grew up. It’s been about four decades since he lived in Brunswick, but some of his best friends are still there, which makes each homecoming a pleasure.

When you’ve lived and worked in some of the most interesting cities in the world (Sullivan and his wife were Post co-bureau chiefs in London, Tokyo and Mexico City), what are the mandatory stops upon returning to Brunswick? Sullivan has two. One could not be more simple. He takes great pleasure in driving down a finger of land called Mere Point that juts into Casco Bay.

“It’s supposed to be a private, gated community,” he told us as at Bowdoin College, where he was talking with students about careers in public service and journalism. “There’s a big sign that says Do Not Enter, which is just catnip, and I love to enter because it says do not enter. I go down and remember spending so much time there as a kid. You just sit on the rocks and watch the ocean go by.”

That’s one box Sullivan likes to check. Before talking about the second, he offers a slight apology. “I shouldn’t say it because it’s in Bath, not in Brunswick--but I love the pizza at the Cabin.” For those who aren’t familiar with it, the Cabin is a quirky place right across the street from the Bath Iron Works shipyard that’s been serving up Italian food for nearly fifty years. “The pepperoni pizza,” he says, “is pretty memorable.”

So there you have them: two recommendations--one free, the other modestly priced--from a traveler who’s been around the world and always likes returning to Maine.

RELATED: The Maine newspaper columnist who’s seen it all