You may have noticed a new flag waving along main streets or outside of city halls. The state's official bicentennial flag is manufactured in Skowhegan. 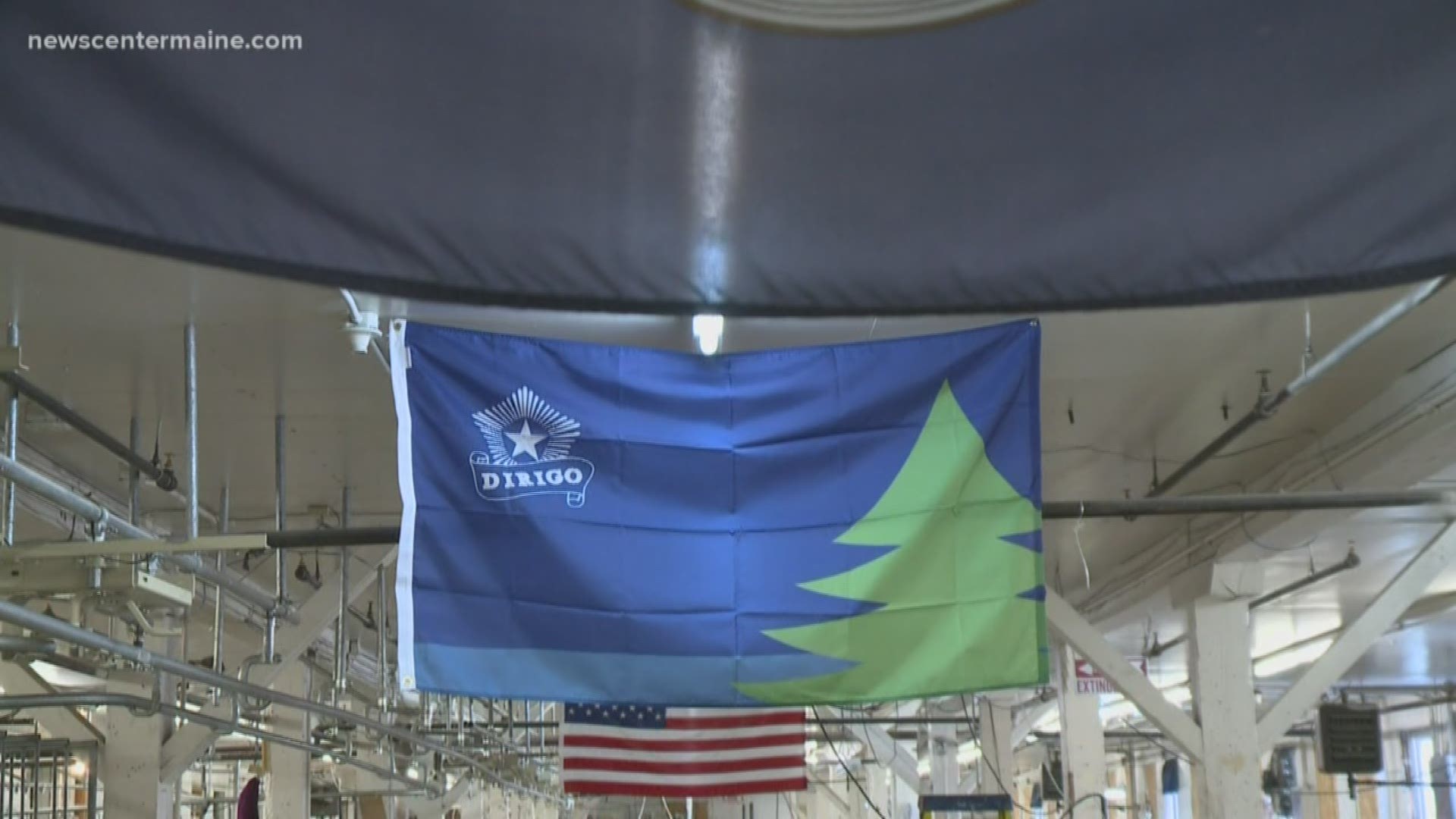 SKOWHEGAN, Maine — In March of 1820 Maine became its own state, independent of Massachusetts. 2020 represents 200 years of statehood, and of course, Maine is going big for the celebration, forming a bicentennial committee to help organize gatherings and designate tasks.

One of those tasks falls on Maine Stitching Specialties in Skowhegan: produce and ship the state's official bicentennial flag. "They had a graphic artist come up with this, taking a little bit from everything so hopefully making everyone happy or unhappy however you want to put it," says Julie Swain, the company's CEO, about the fairly simple design. "When I talked to the Secretary of State, this one with the point on the end was taken from the Maritime flag which also was back in 1901. It’s a blue tree just like this with an anchor through it."

Swain says orders are pouring into their Skowhegan shop for the flags, "They are looking to get this for their towns, schools, libraries, historical societies, so we have already had quite a demand." The demand is keeping Maine Stitching workers busy ahead of the big celebration kick off in March.

RELATED: The bicentennial book that will celebrate two centuries of Maine food