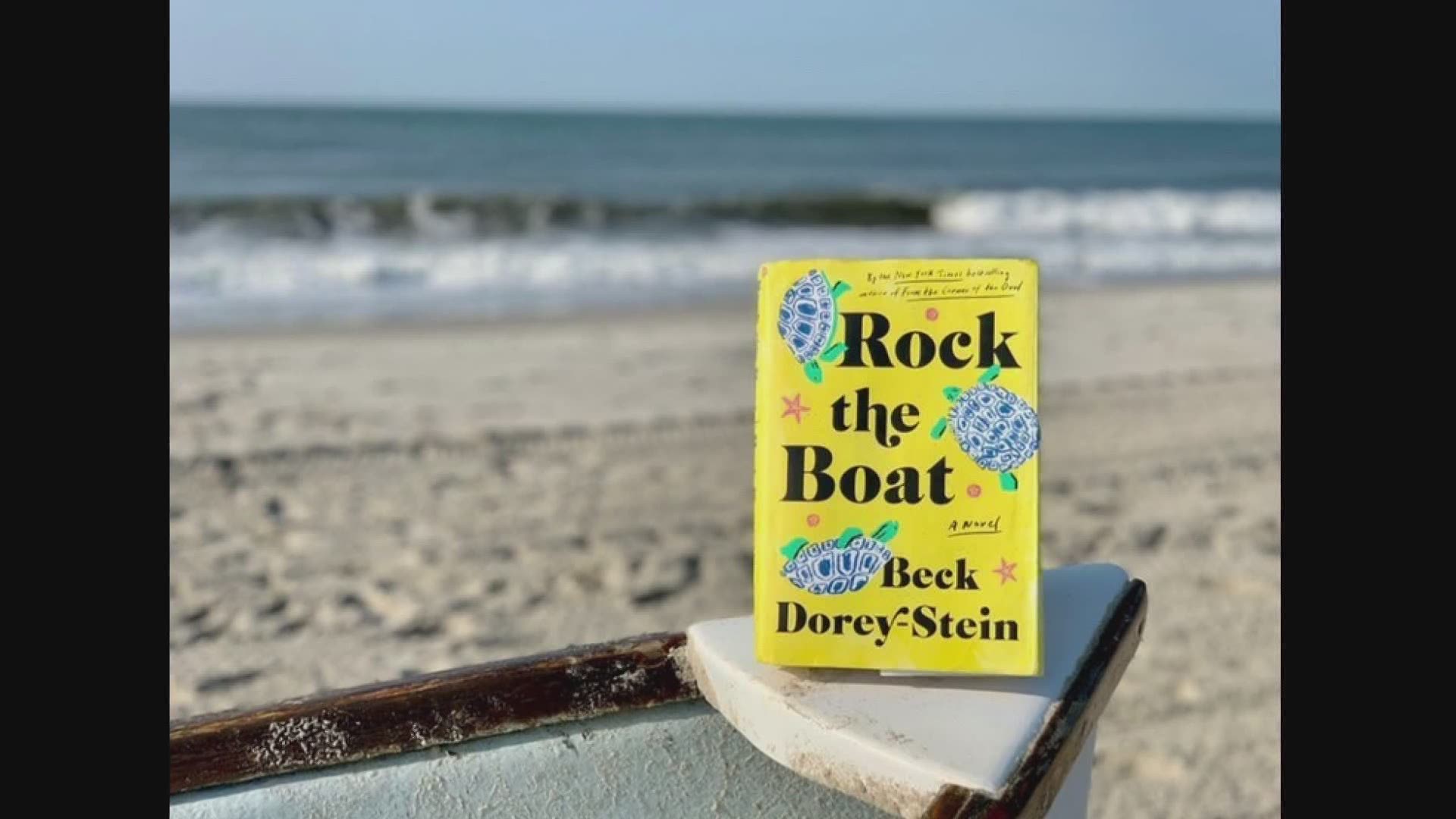 SOUTH PORTLAND, Maine — In her first book, Beck Dorey-Stein wrote about what she called a 'Cinderella Craigslist' story. From The Corner of the Oval – a New York Times bestseller - recounted her good fortune of getting a job in the White House and serving as a stenographer for President Obama – after answering a simple ad on Craigslist.

She now makes her home in South Portland, and has just released her second book, a novel called Rock the Boat.  The setting is Sea Point, a small, sleepy town on the Jersey shore where her three main characters, all in their 30’s, return for one unforgettable summer.

Beck grew up going to Cape May, New Jersey, which is the southern most tip of New Jersey. "You can see Delaware from the beach, don’t be too jealous, it’s a bragging point, I know. I waited tables in Cape May through high school, college, even a couple years ago in research for the book, but really I just liked having cash in my pocket."

Beck drew heavily from that experience in creating Sea Point, the fictional setting for Rock The Boat. The story revolves around Kate, Ziggy and Miles - Kate’s just gotten her heart broken, Miles wants to return to Sea Point to prove something to himself and his mother. Ziggy never really left, and recently lost his Dad.

"They’re all in their 30’s, they were supposed to have checked boxes A, B, and C, you know – find a significant other, get married, get a house, have kids, none of them have done anything like that. They don’t even have jobs that they necessarily like so they have a lot of figuring out to do. Along the way, I was like, okay, I know I want it set in a beach town, I know I want to see the off season and the high season, I want these characters to know this town really well, know each other really well, the scenes came together as I was working in this restaurant, as I was just walking, especially in the off-season through this sleepy town."

One of the things that I love about your writing and it was in your first book as well – you write so beautifully about those moments in life, thankfully we don’t have a ton of them, but they turn your life upside down. Everything that you knew is gone. That does speak to the opening scene of the book.  What is it about those scenes that draw you in as a writer?

"I think I love exploring those moments because we’ve all been there and then again it’s fiction, so writing about a character who’s in my mind and that’s….we get to play God as writers so I kind of get to create this character, luckily she’s not especially likeable in the beginning, so I can sort of draw out this excruciating scene and make it that much more painful, and not even feel all that badly about it because I’m like – she’s got some learning to do as a person. And so even though she thinks this is the end of her life, it never is."

That excruciating scene in Rock the Boat begins with the main character Kate Campbell heading to brunch with her boyfriend, anticipating a marriage proposal. Nothing about the brunch goes as Kate envisioned.

"Everything that she thinks she wanted, turns out is not what she needed. And it takes her – not only going home – but being surrounded by people who she’s forgotten what sort of touchstones they are and how they bring out different parts of her character that she really takes pride in and enjoys."

"I don’t know if I’m every going to stray too far from the theme of coming-of-age. Even in Rock The Boat, I have a retired teacher come in to the library and she’s really annoyed because she’s checking out these books and someone says, “I love coming of age stories, I don’t know why they’re always limited to YA, to young adults.” We’re always coming of age until… we’re dead. We’re always coming of age, until we die, unless we’re already dead. That’s what it is. And I stand by that, it’s almost the thesis of the book." 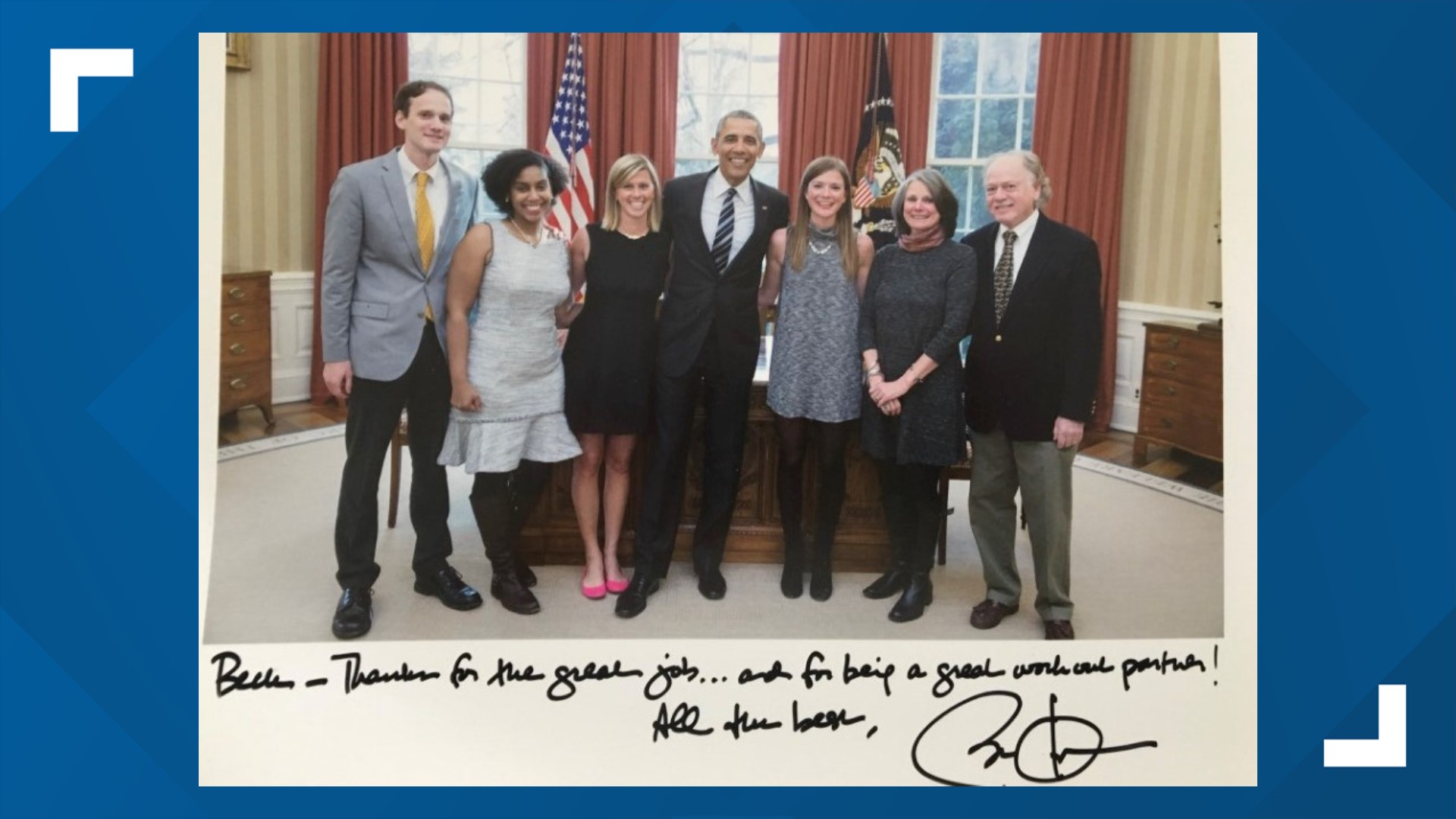 Was it a straight line from From the Corner of the Oval to Rock the Boat?

"The origin story of Rock the Boat was actually when I was still working in the White House. My mom called, from Cape May, and we had a strict policy about the treatment of books. The ethical treatment of books. My mom had a rule about – you can’t break books spines. You always use a bookmark, you’re not allowed to put books face down. It was just one of those things I grew up knowing. My mom called when I was in a motorcade, and she said, ‘I won’t be mad, but did you go to the Cape May house?” and I was like “No, I didn’t have time between motorcades to go take a quick trip up to New Jersey.” So they figured out that the plumber had used his key to come in and take a bath and read my book about Thailand. Cuz the book was face down next to the bathtub. So, that happened I think in 2015 and I pocketed that because I’m a writer which means basically I’m like a mental burglar of good ideas, so I pocketed that and I was like – one day I’m gonna write about that plumber. Because it’s too good."

The plumber breaking into an unoccupied seaside house figures prominently into the story. As does the end of summer, “Rock The Boat” party aboard a ferry boat to honor Ziggy’s late father.

"The funny thing about the title is … I thought it was just a placeholder because Rock the Boat in the story is about this annual ferry ride. And it was like, it’s kind of funny, it’s a placeholder for the real title. And then I sent it to my editor and she said, “What are you talking about? I love that title.” And I was like “we can’t have that as the title, everyone’s gonna have that song stuck in their head.” And she’s like, “Exactly.”

Beck is already working on her third book – and Rock the Boat is available from both local and national booksellers.

RELATED: It was 'an accumulation of luck' that got Beck Dorey-Stein a dream job