'It was quite scary how bad it was': Town officials find dangerous living conditions at Bucksport motel

The town's code enforcement officer did a check-up inside the motel and found furnaces that do not work, major electrical problems, and a faulty sewer system. 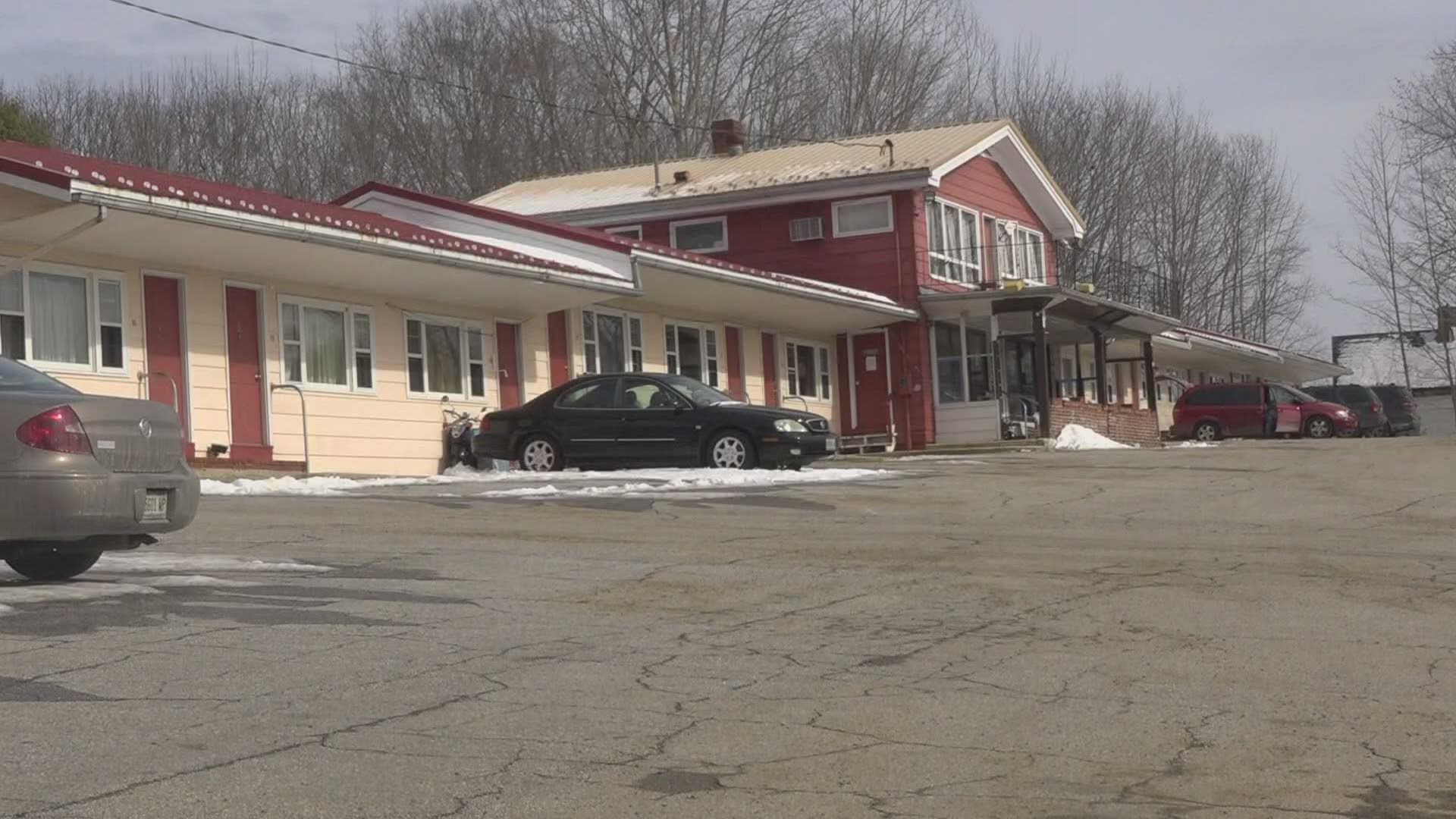 BUCKSPORT, Maine — Dangerous, unsafe, and dire living conditions is what Bucksport town officials found at the Fountain Inn on their last round of inspections a few weeks ago.

The former Spring Fountain Motel on Route 1, now known as the Fountain Inn does not hold any permits. Its innkeeper's license expired in 2018, and Bucksoprts code enforcement officer Luke Chiavelli said three years later, nothing has changed.

"We were hopeful that they had fixed some things and that it was better. It was the opposite of that. It was worse. It was quite scary how bad it was," Chiavelli said.

A few weeks ago, Chiavelli did his annual check-up inside the Inn, and found furnaces that did not work at all, major electrical problems, and a faulty sewer system.

The town's public safety director Sean Geagan said the town's last resort is to help and find a new place for the 40 families who live inside.

"Truly the ultimate result is that they get things fixed up there, they pass the code inspections, people can live there and live their lives and be safe in doing it," Geagan said.

"There is no way one man can fix a thousand issues," Paul Bishop, one of the tenants who was hired to be the maintenance man by property management, said.

"The potential for a fire in there is huge, and if it happens, the building will go quick," Chiavelli added.

The town manager Susan Lessard said in a perfect world, this would get the owner's attention in a way that forced them to correct the serious deficiencies.

Chiavelli said the list of problems has not been fixed for years and tenants are begging for help.

"I don't have a solution, the solution is at this point to get the folks out of there and find a better place for them."

"We are here to look after life safety issues, for all the citizens of this town so that nobody gets hurt, and if people are displaced we are going to do everything we can to help them find a place to live," Geagan said.

"For many of the people that are staying there, they don't have other options, but that doesn't mean they shouldn't be safe and not have electricity or no heat or poor plumbing," Lessard added.

Bucksport town officials have found some major safety issues at the town's Fountain Inn. Managers at the inn have two months to fix the life-safety problems, something the town's code enforcement officer doesn't see happening. More at 6 on @newscentermaine. pic.twitter.com/wRyMttehIg

Geagan said the town is willing to work with the Inn's owner, who lives in New Jersey. His brother manages the property in Bucksport.

"I don't believe at this point that they are safe, and something could happen at any minute."

"This place, if somebody is dedicated enough, can fix it up, but someone's got to step up. Somebody in the right management, the right mindset, down to earth. It's going to take somebody to work together as a community to fix all this," Bishop said.

Bucksport town officials have given property management at the Fountain Inn two months to fix the issues. They'll take up the case in early April to check on that progress and decide what might need to be done from there.