As of this weekend, places of worship were able to have more people gather at the same time under expanded COVID-19 gathering limits 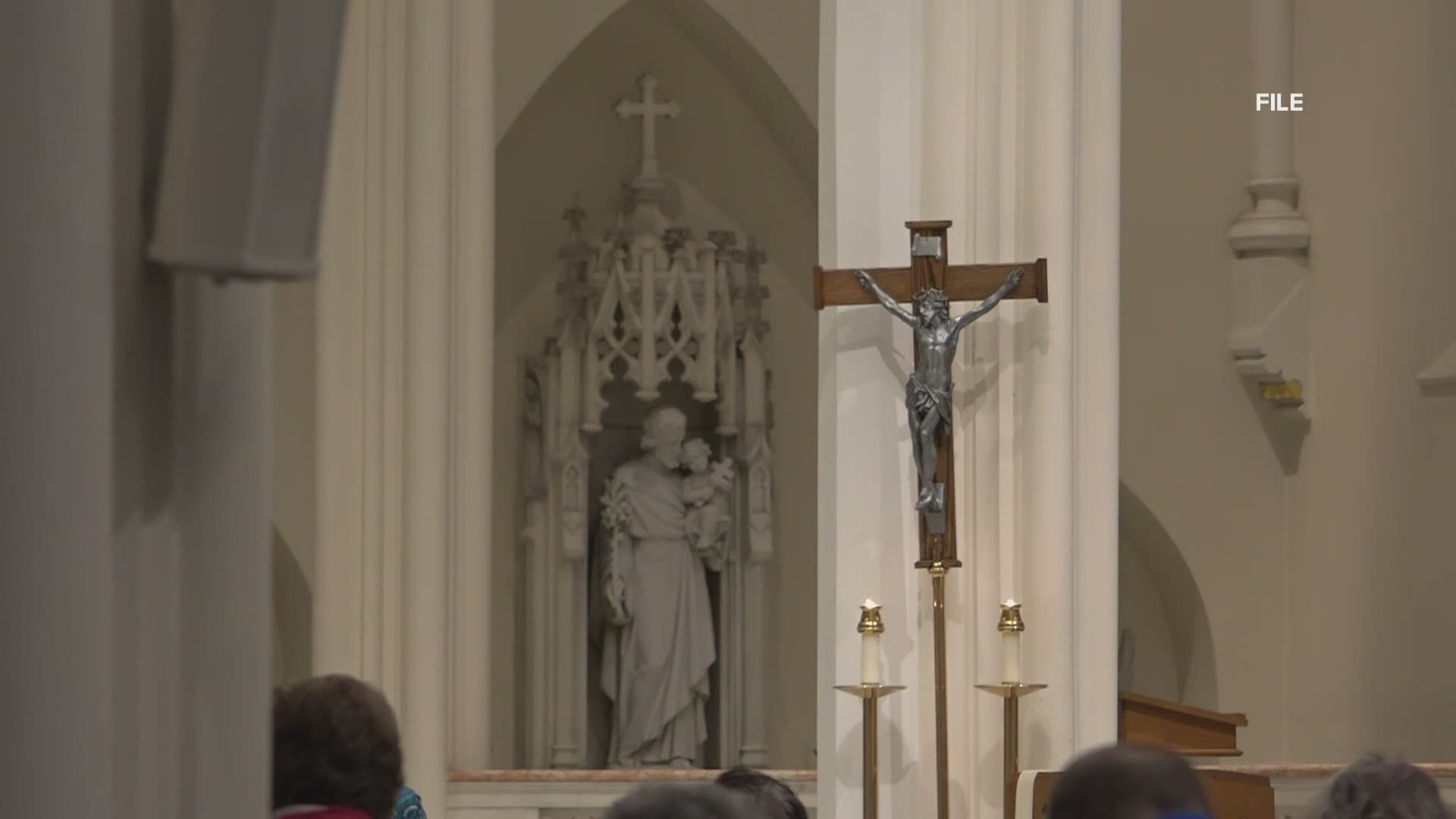 Maine now has new limits for how many people can be in a house of worship at the same time. The old limit was one person per every 1,000 sq. ft. or 50 people total, whichever number was smaller, but the limit was increased to five people per 1,000 sq. ft.

The expanded gathering limit comes as the state is experiencing "improved public health metrics," the Mills administration explained in its announcement Friday.

The Basilica of Saints Peter and Paul in Lewiston—a building that holds between 1,200 and 1,500 people—will be able to hold about 105 people, about 10 percent capacity.

"We measured everything to make sure we got every spot," Father Daniel Greenleaf said with a laugh.

Greenleaf said this is an improvement but it's still much less allowed than at houses of worship in neighboring states.

"I don't know why we are treated any differently than New Hampshire or Vermont," he said.

In New Hampshire and Vermont, religious gatherings are capped at 50 percent capacity, and in Massachusetts, it's 40 percent.

While the rules have changed here in Maine, not all groups plan to gather. Leaders at the temple, Temple Beth El in Portland said services there will remain online.

"This slight change in the number of people who can gather inside doesn't really impact our decision at the moment," Beth El executive director Kate Shalvoy told NEWS CENTER Maine in a phone interview.

She added that's because, in the Jewish faith, the most important thing is to preserve human life at all times regardless of any guidelines in place.

The Mills administration says critical public health measures, such as requirements to wear face coverings and maintain at least six feet of distance, remain in effect for all venues including houses of worship.