Between 70-80% of a population must be immune to COVID-19 in order to achieve herd immunity. Maine health leaders say we could reach that point by early summer. 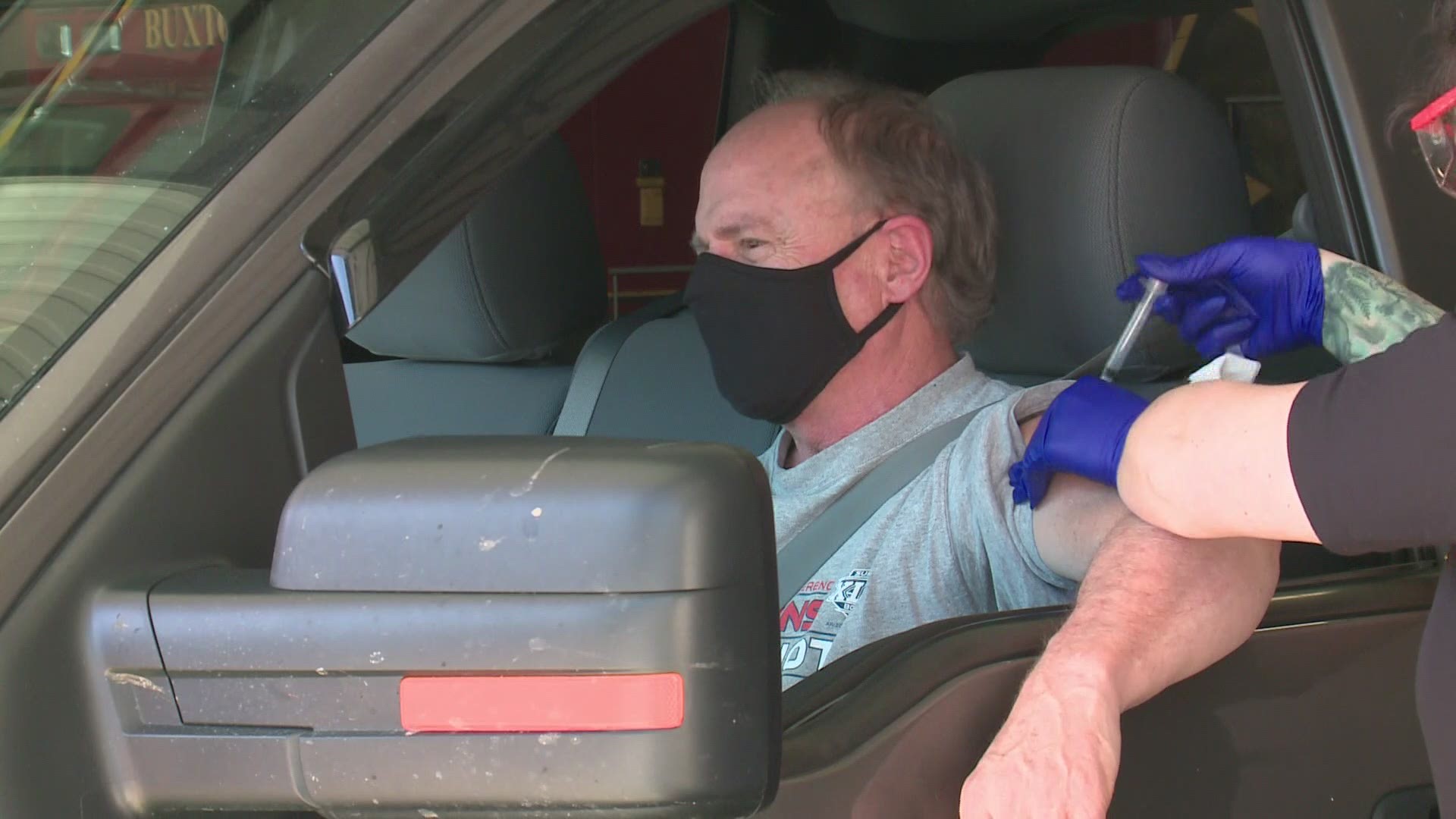 MAINE, USA — Through vaccination, we have an opportunity to safely achieve herd immunity, also known as community immunity.

Herd immunity is when a large part of a population is immune to a specific disease, and therefore, the virus has nowhere to go and dissipates.

In the case of COVID-19, it would have been possible to achieve herd immunity without vaccination, but not within the virus becoming significantly more deadly.

Taking into account the country's population and the average death rate of COVID-19, an estimated 2 million people nationally would die. At this point, the U.S. has seen about a quarter of that number of deaths and it's already been devastating.

But again, we can also reach herd immunity safely through vaccination now, and we could do that in a matter of months.

There are different thresholds of "infectivity" for different viruses.

Using a measurement of infectivity, scientists have determined that between 70 and 80 percent of our population would need to become immune to COVID-19 in order to achieve herd immunity.

President and CEO of Jackson Lab Dr. Ed Liu said, "Infectivity is measured by something called R0 (pronounce R naught), and again, it's an estimate."

Splitting the difference, if Maine vaccinated an average of 10,000 people per day, we could reach 70 percent -- the start of herd immunity – in about 75 days, or by May 28.

Dr. James Jarvis with Northern Light Health said a more realistic expectation would be reaching that mark by early summer.

Dr. Jarvis said, "We remain cautiously optimistic that if we continue at the rate that we're going out right now, and in the acceptance that people are having for vaccines, I think we're talking about early summer."

Jarvis said it appears people in Maine are more accepting of the vaccine than they are in other states. "Looking at healthcare workers and first responders, if they're any indication, I think Mainers are accepting the vaccine at a higher rate than other places, which is good news for Maine."

Two key variables: vaccine distribution continuing on the same track in Maine, and enough people choosing to get vaccinated.

"If health care workers and first responders are any indications, Mainers are accepting the vaccine at a higher rate than in other places," Jarvis said.

Still, as travel restrictions lift and tourism season nears, how many people in other states get vaccinated will continue to influence immunity in Maine.

Dr. Ed Liu said, "We don't have a border with walls in Maine, so unless we get the whole United States vaccinated to 70 percent, we're not going to get true herd immunity."

Not reaching herd immunity leaves our youngest and most vulnerable at risk.

"Herd immunity is to fundamentally protect the uninfected," Lui said, pointing to newborn babies and anyone who can't receive the vaccine.

RELATED: One year of COVID-19: Maine ICU nurses reflect on the past year of working on the front lines of the pandemic