The Acute Lymphoblastic Leukemia is in remission, but Madison Charland still faces a long journey to a full recovery. 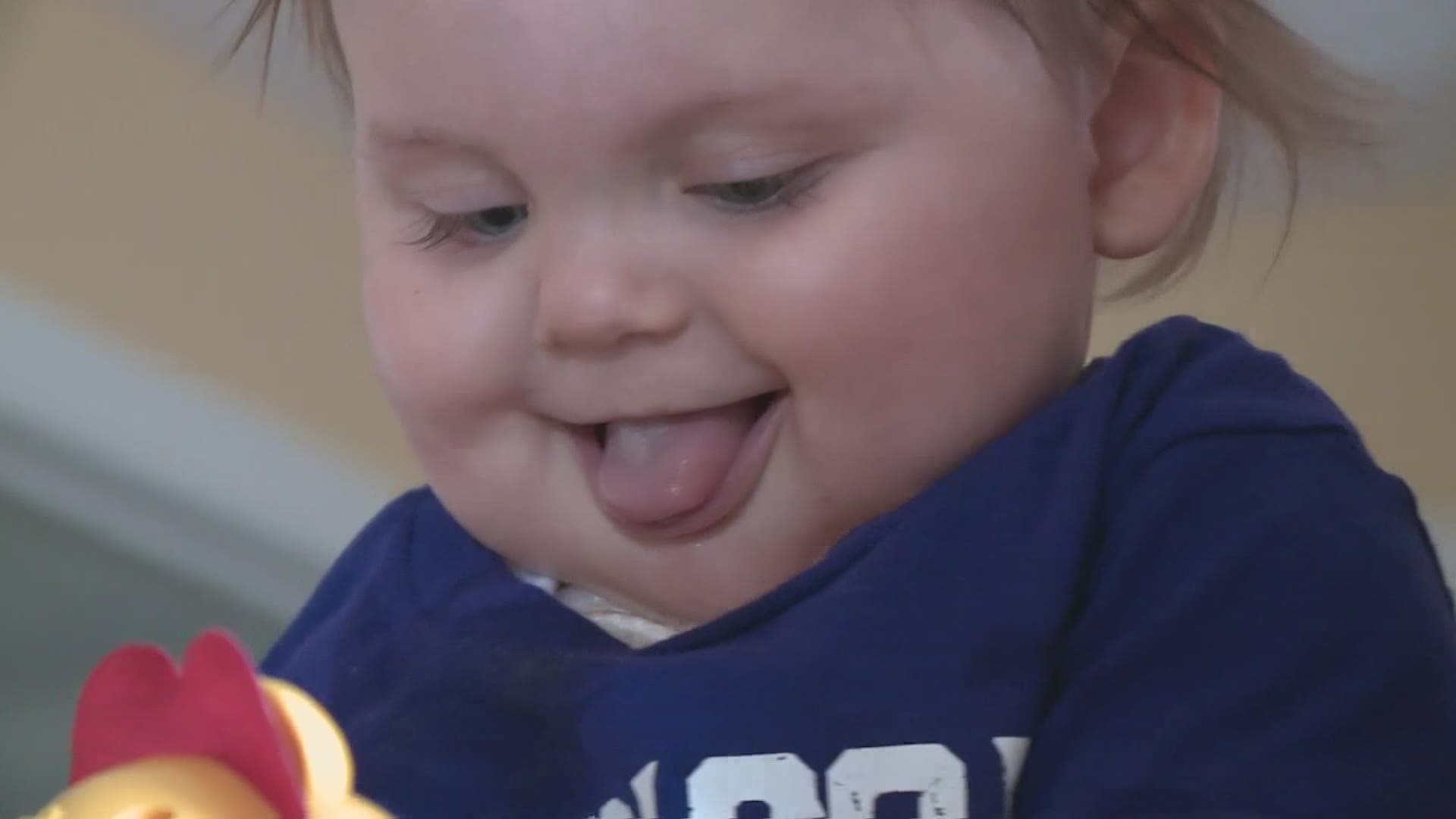 BIDDEFORD, Maine — A baby girl from Biddeford who is fighting childhood leukemia is improving following numerous rounds of chemotherapy.

Madison Charland has Acute Lymphoblastic Leukemia or ALL, which affects the white blood cells. After a bone marrow found no cancerous cells, doctors at Barbara Bush Children's Hospital now have a more positive outlook about Madison's prognosis.

"The faster the cancer cells go into remission the better prognosis she has. We are very blessed that the chemotherapy is killing the cancer cells," Sherri Charland, Madison's mom told NEWS CENTER Maine.

Since March, the almost 13-month old has endured hours of treatments, often with a smile on her face.

"She is a champion and she is very very strong. She is taking it very well," her dad Eric Charland said.

Madison has been allowed to return home for several days, sometimes as long as two weeks at a time. Spending so much time fighting cancer has resulted in some missed milestones. But ongoing services, including physical therapy, is helping Madison catch up.

A GoFundMe account has raised nearly $45,000 to help the family with medical expenses.

"I just can't believe how many people have come out to support us, seeing how happy she is, it's so wonderful," Sherri said with tears in her eyes.

The Charlands say the outpouring from the community is so needed, as Madison faces more than 30 rounds of chemo until the end of this year.

According to St. Jude's Children's Research Hospital, 90 percent of children with ALL can be cured if the disease goes into remission following treatment. If things go well, Madison could begin monthly outpatient chemo sessions early next year.

A Red Cross blood drive is also being held in Madison's honor on June 23 at the Scarborough Public Safety Building, located at 275 U-S Route 1. For more information on how to register, click here.