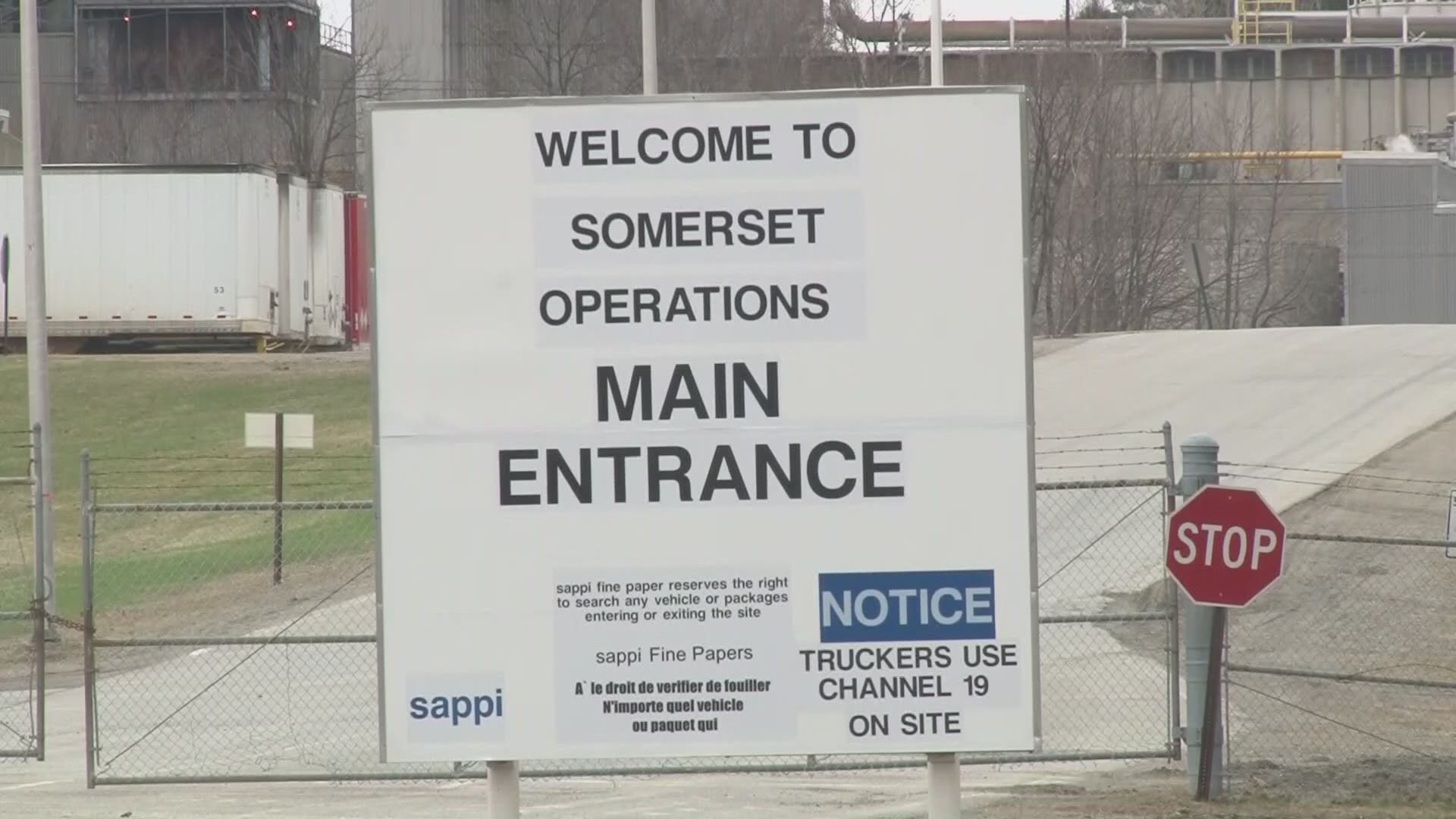 FAIRFIELD, Maine — More than a dozen paper mills and paper companies were named in an amended class-action lawsuit filed this week in Somerset County Superior Court.

The lawsuit was first filed against Sappi North America in March on behalf of a Somerset County resident, Nathan Saunders. The lawsuit alleged Sappi's Somerset Mill in Skowhegan is the source of the PFAS contamination. Tests by the Maine Department of Environmental Protection showed very high levels of the chemicals, which have been linked to serious health problems, in his private well.

More than 60 private wells in Fairfield and other communities have levels of compounds above the EPA's safe advisory limit.

An amended lawsuit filed by Brian Mahany, the attorney for plaintiffs, now names paper manufacturers, mills, and other companies, including Northern Paper, Kimberly Clark, Scott Paper, and Huhtamaki, which runs a paper packaging mill in Waterville. The lawsuit claims all of the companies are responsible for the PFAS contamination.

Mahany spoke to NEWS CENTER Maine by phone on Thursday.

"I think we have come up with a pretty comprehensive list of which paper mills were dumping their biosolids in Kennebec and Somerset Counties," Mahany said. "That's not to say the investigation won't name more."

The lawsuit is seeking unspecified damages. A spokeswoman for Sappi North America strongly denies the allegations.

"Sappi strongly disputes any contention that Sappi’s Somerset mill is the source of PFAS contamination in Fairfield. Sappi is well known for its record of environmental stewardship at the Somerset mill and at all of its manufacturing facilities," spokesperson Olga Karagiannis said.

NEWS CENTER Maine will continue to follow this story.

For more information about PFAS from the Agency for Toxic Substances and Disease Registry, click here.