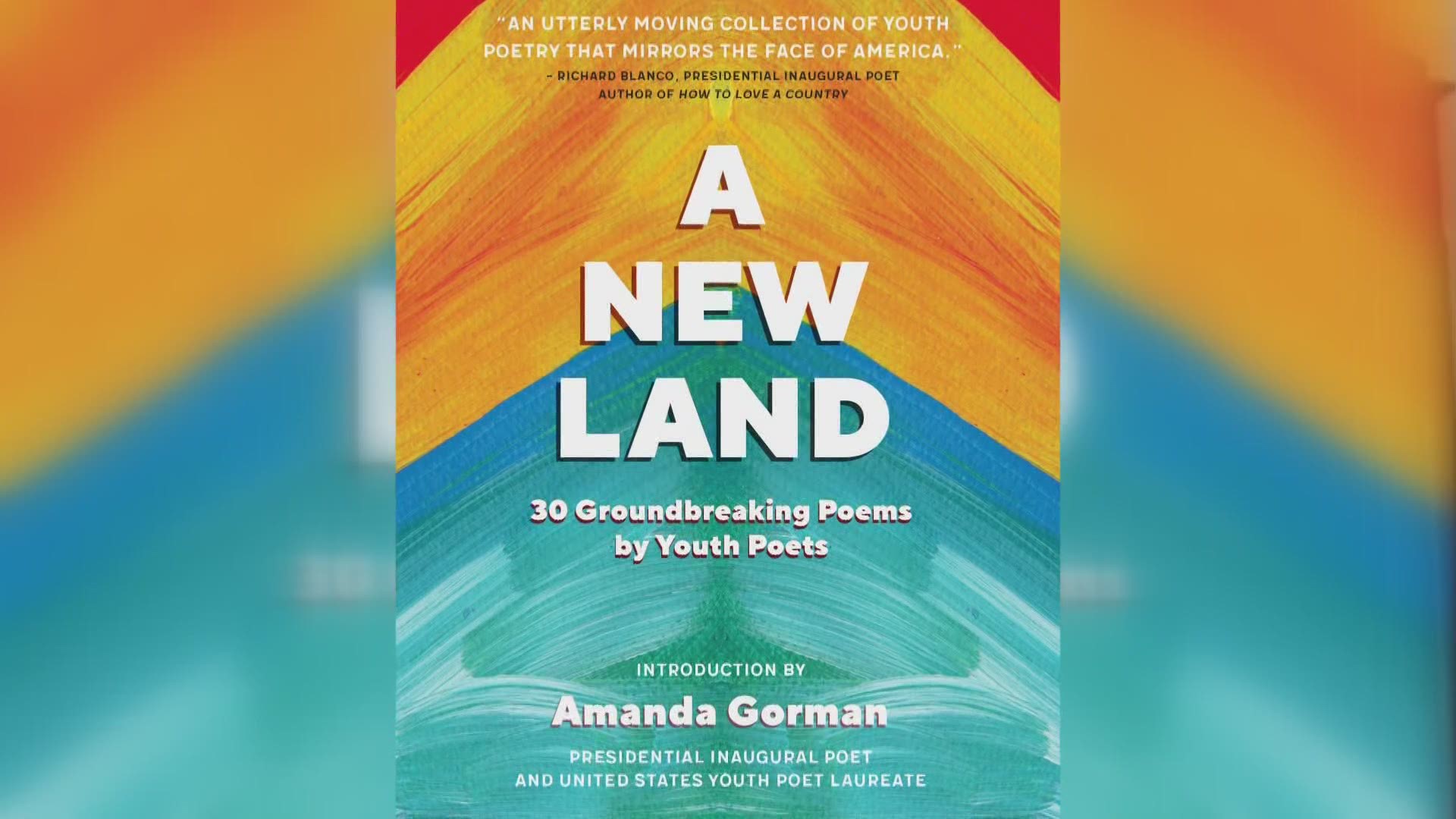 OLD TOWN, Maine — April is National Poetry Month and students across Maine are immersing themselves in poetry from a variety of authors.

One of them is a new anthology of poems called "A New Land." It's a collection of 30 poems written by student graduates of The Telling Room, a Portland-based literary arts education nonprofit.

"'A New Land' is our second major anthology that we’ve done," Nick Whiston, program director of The Telling Room, said. "We have poems in there by students who wrote and published their own book of poetry.”

One of those students is Yarmouth native Amanda Dettmann who's now studying poetry at New York University.

"This is so exciting," Dettmann said. "I call [this feeling] ‘falling out of my chair.’”

Maine students are connecting through poetry this month. A new collection of poems from @thetellingroom in Portland is allowing students across the state to learn from each other. This is the hope of one Old Town teacher. The story this morning on @newscentermaine.#wakeMEup pic.twitter.com/AWmuwsFH9d

Dettmann has two poems featured in “A New Land," which is flying off the shelves and into classrooms across Maine.

“It’s going to every high school in Maine and that’s a collaboration with the [Maine Department of Education],” Whiston told NEWS CENTER Maine.

The poetry volume isn't stopping there. Some middle school teachers in Old Town also want in on the good reads.

“It’s an opportunity for students to hear other voices that they might not otherwise have access to," Leonard Middle School teacher Todd McKinley said.

Other voices such as Dettamans — a voice she put to paper when she was just a teenager. "If I was in middle school or high school and received an anthology of poetry by peers of my own age, that would have been life-changing," she said.

McKinley hopes the diverse voices within “A New Land” resonates with his students. "As I tell students, their voice does matter and this writing gives them a chance to explore that.”