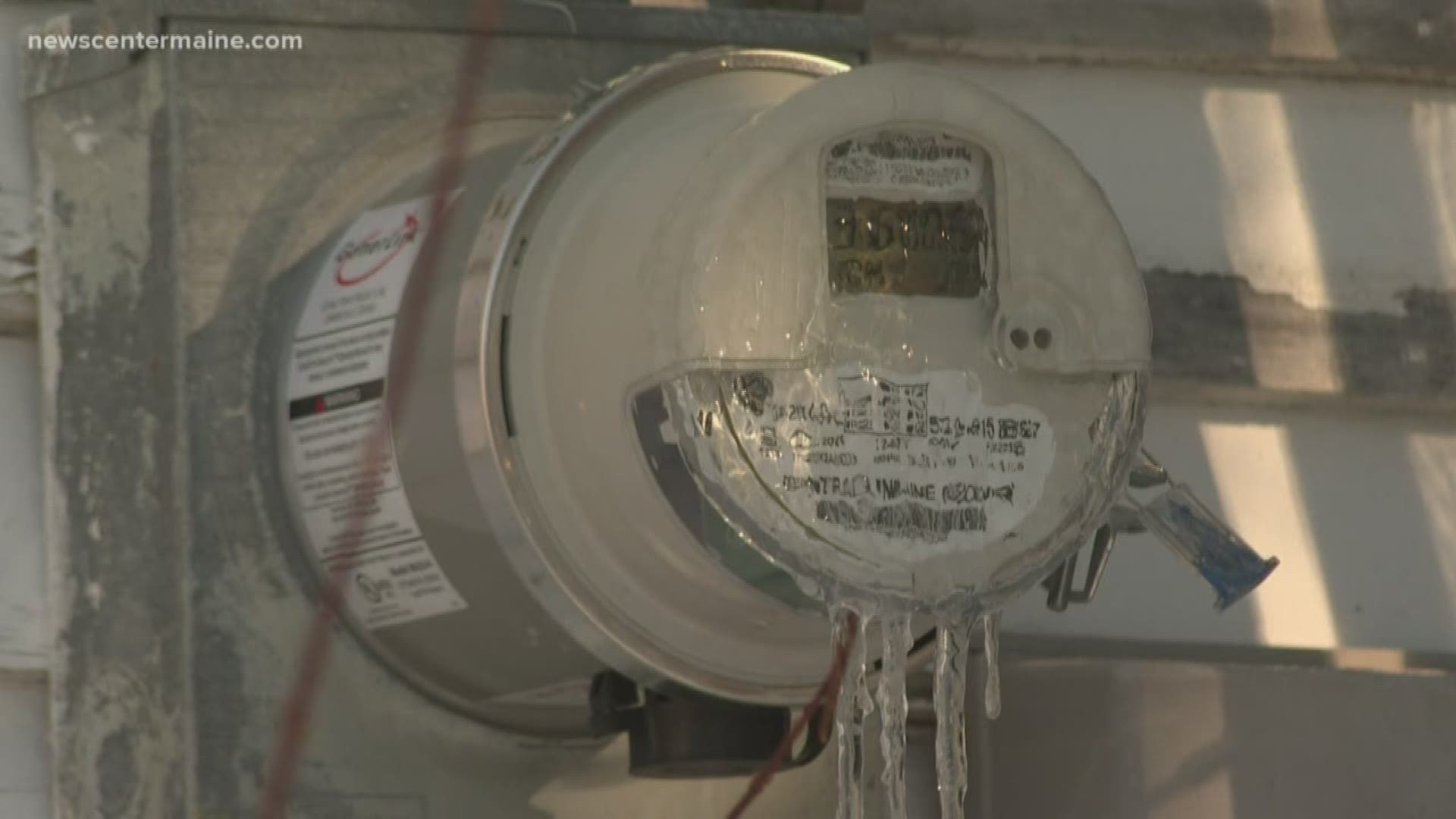 HARPSWELL, Maine — "The power bills just kept going up and up for no apparent reason," Linda Pierce said.

On Saturday, January 11, Pierce received a notice that her service would be disconnected on January 27 if she did not pay her outstanding balance.

"It was shocking, to be honest with you, to get it, because like I said, I was trying hard not to get one," Pierce said.

Pierce admits she had made a late payment this month to CMP. She's also balancing hospital bills related to her husband.

Her husband Mickey has been forced to be connected to oxygen for two years because of a heart condition.

Her recent disconnect notice came the same month she was also trying to manage her husband's medical bills.

"Apparently if your bill is a little late, you get a disconnect notice," Pierce said.

She says that she's been in frequent contact with Central Maine Power for the last two years since her bills started to skyrocket. Pierce says she had even been in contact with them the day before she received the notice.

Pierce also adds she has struggled to pay her bill in full other months as well and has left a pending balance in her account. She says she's paid roughly $350 each month for the last three months, but it was still less than what she was charged.

Pierce added that CMP workers visited her home to check to see what may be causing such an increase in her bills. "Central Maine Power did look at our meter and they said it was fine, there was nothing wrong with it," claimed Pierce.

Pierce is just one of many customers who have claimed to receive improper disconnect notices from Central Maine Power. Some letters allegedly claim that power may be shut off without the approval of the Maine Public Utilities Commission, according to MPUC administrative director Harry Lanphear. Other notices, like Pierce's claim that service may be disconnected on a certain day.

"CMP is following a standard, regulated and years-old communications procedure for customers who are behind in paying bills. Our primary goal is to get the customer to contact us to discuss the bill and overdue charges and agree to a reasonable payment arrangement and to identify any assistance programs to pay overdue charges. Every piece of communication emphasizes that the customer should call us."

Harnett went on to add the process prior to disconnection is,

Harnett added, "If, after all of these points of contact, we have still not heard from the customer, we may disconnect a property we deem to be unoccupied without specific PUC permission. If the premise is occupied, CMP seeks MPUC permission. CMP wants to offer every opportunity to create a payment arrangement that is as manageable as possible and identify assistance programs that helps customers maintain service and manage debt."

The Maine Public Utilities Commission was alerted of the issue Thursday and promptly started to look into the claims. The MPUC will be holding a public forum on whether to initiate a formal investigation on Tuesday.

Pierce adds that after speaking with state representatives, and representatives from Central Maine Power about the issue, she does not expect her power to be turned off, but it still is a very serious scare. She does hope the latest investigation into CMP could lead to changes in her billing as well.