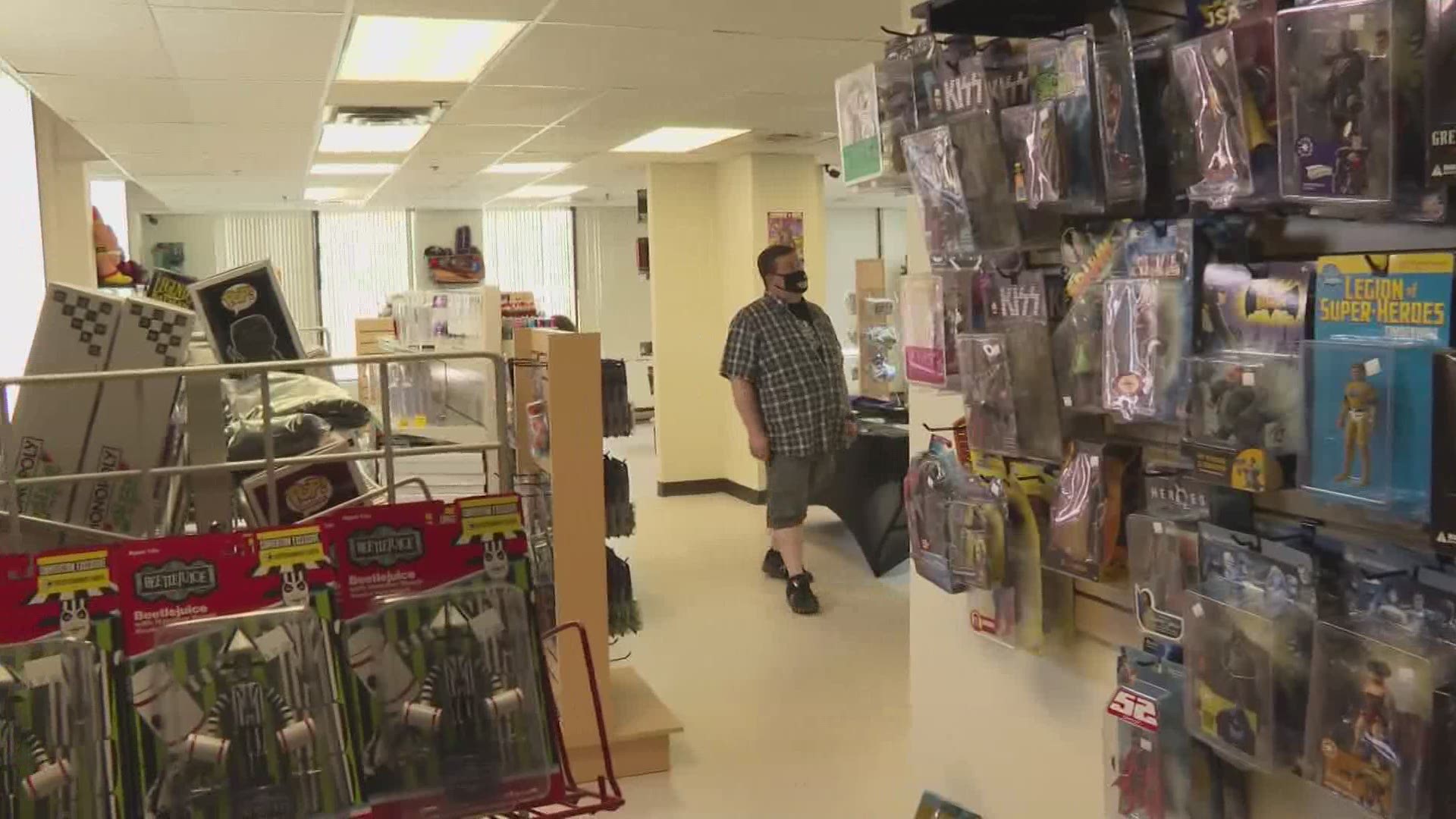 SOUTH PORTLAND, Maine — Amid the COVID-19 pandemic, businesses have been forced to shut their doors. However, one in South Portland is opening them, and hopes to bring a smile to customers' faces.

"A lot of people thought I was crazy for opening one. I might as well have told them I was taking a spaceship to mars," Jesse Fairbanks, owner of Maine Vintage Toys, said.

Despite what people may have said or thought, Jesse opened up the shop at 650 Main St. in South Portland. His collection ranges from rare Star Wars figures, to G.I. Joe, to sports figures, wrestling figures, super hero action figures, and more.

"I've been a collector since I was young. I didn't have a massive toy collection. I've built a much bigger toy collection as an adult once I got working and could finance my passion," Fairbanks said. "Stuff that people can come in and say... 'I've never seen that before."

It was beautiful out in South Portland for this morning’s #KeepMEOpen. I visited Maine Vintage Toys which just opened about a week ago. The pandemic hasn’t stopped a lifelong collector and his son from opening up shop #wakeMEup @newscentermaine pic.twitter.com/Yq0CpuiJmk

Jesse Fairbanks isn't the only collector in the family however. His 10-year-old son Jacob collects too, and also works at the shop.

"It's been great. And I've been by his side the whole journey," Jacob said.

"He's been collecting since his infancy, and we've built the collection around his stuff as well," Jesse added.

It took Jesse more than four weeks to completely rehabilitate his shop and get it ready for opening. He says since then, business has been booming.

"Toys bring people enjoyment, a lot of pleasure, happiness. Our business has actually increased during the pandemic," Jesse said.

He hopes that the rare and fun toys inside of his shop can help bring a smile to Mainers faces at a time many need one.

"It's kind of a one stop shop for people," Jesse said.

You can find more information about Maine Vintage Toys by visiting the shop's Facebook page.