After COVID-cancelled 2020, the blues returns to Rockland

This will be the 27th edition of the North Atlantic Blues Festival, which is one of three big events that draw crowds to Rockland every summer. 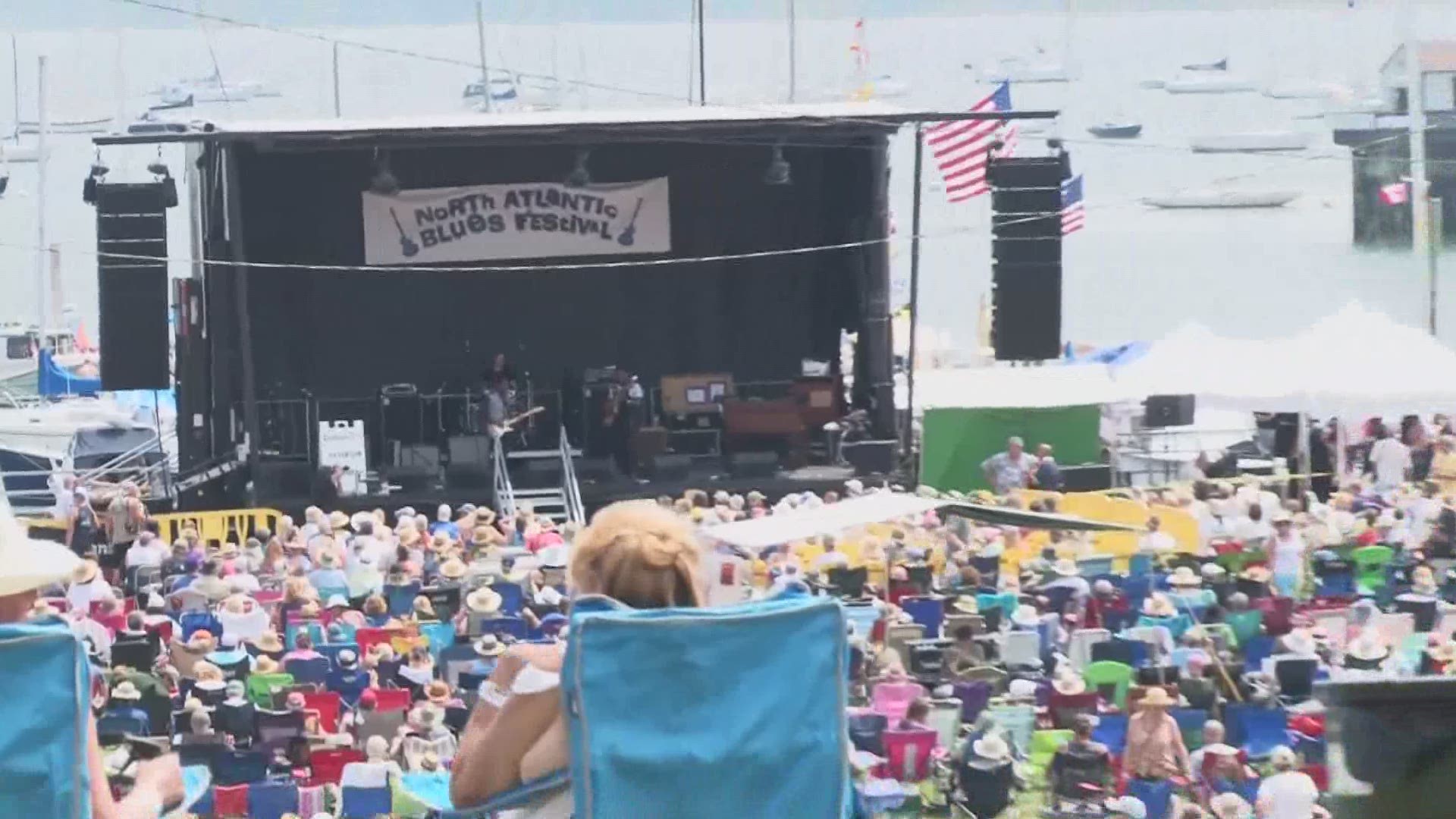 ROCKLAND, Maine — Paul Benjamin stood in the middle of Harbor Park, clad in a yellow rainsuit and smiling. Never mind the rain, or the fact the stage truck was more than an hour late, because the North Atlantic Blues Festival is happening.

“It’s a great feeling, after cancellation last year,” he said.

The festival was founded and continues to be organized each year by Paul Benjamin and Jamie Isaacson, simply because they love the blues—that uniquely American music that has a loyal audience around the world.

This will be the 27th edition of the festival, which is one of three big events that draw crowds to Rockland every summer. It was cancelled by COVID in 2020, along with the Maine Lobster Festival and the Maine Boats, Homes and Harbors boat show. All three take place in the city’s Harbor Park, and their absence made the gloom of the pandemic year that much deeper for many locals.

The Lobster Festival was cancelled for this year, too, because of the need to make plans and contracts far in advance.

But Benjamin said they were determined to have the Blues Festival, and when Gov. Janet Mills announced outdoor events could return in late May, he and Isaacson were ready.

Local people, he says, are more than ready.

“The excitement is overwhelming. The merchants in town are happy, the restaurants are happy, and the people are," Benjamin said. "It's been a long year and with people (having been) cooped up I think people are excited to get out.”

That excitement clearly extends to the business community. Retailers, restaurants, and hotels get a big boost from the thousands of people who travel to Rockland for the music.

Losing the festival crowds last year was one more blow, especially for hotels hurt by the restrictions on tourist travel.

“This is the best thing that could happen for Rockland this time of year, no question,” Liberty said.

The music fans clearly agree. Benjamin said advance ticket sales have been the biggest ever, and is hoping those sales, plus good daily ticket purchases, will bring in revenue to offset the loss of some traditional business sponsorships from companies still working their own way back from the COVID year.

“So if it’s a break-even year, we’re happy,” Benjamin said.

With the rain expected to move out late Friday night, and a long list of bands rolling in, Harbor Park they hope the Park will be full, and rocking, for the weekend.

RELATED: Live music is back in Maine—and here are some shows you can see this month

RELATED: 5 things to do in Maine this weekend