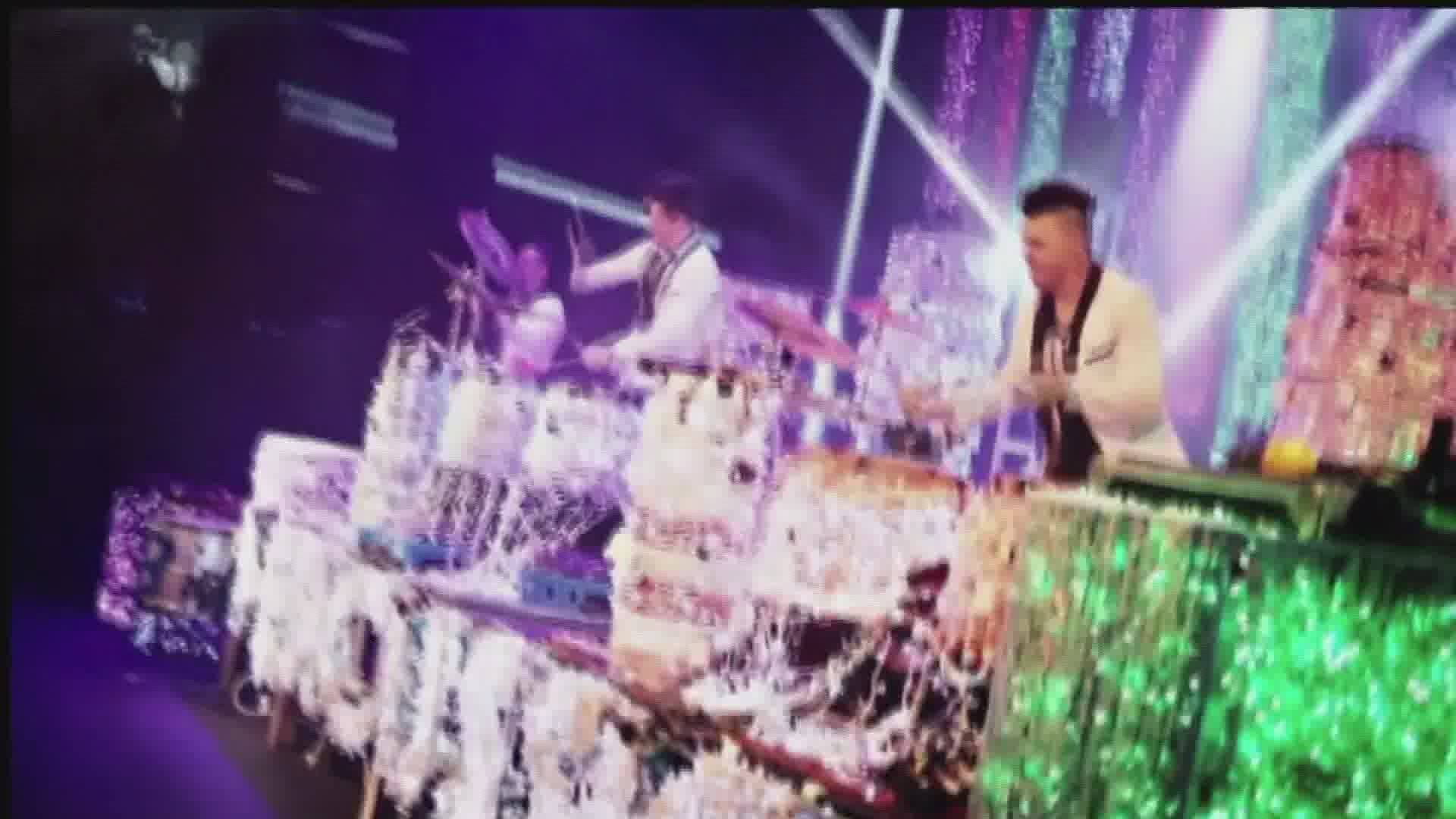 PORTLAND, Maine — The last concert that Portland Press Herald music writer Aimsel Ponti saw before Covid forced venues to shut down was at Portland House of Music. It featured a band she really likes—Gina and the Red Eye Flight Crew.

On Monday of this week, Aimsel returned to Portland House of Music for the first time in nearly a year and a half to see…Gina and the Red Eye Flight Crew. It was a night to remember. “Sold out show. Absolutely packed. It was surreal,” Aimsel says of the atmosphere. “It was just an absolute party, and people were so excited. Everybody was hugging.”

Yes, live music is back in Maine, and not a moment too soon. Here are some concerts coming up in the next few weeks that Aimsel previewed for us.

WHEN & WHERE: Thursday, Friday, and Saturday (July 8 to 10). Vinegar Hill Music Theatre, Arundel.

INFO: This is a drive-up show

From Wikipedia: Justin Spencer formed Recycled Percussion in 1995 for a high school talent show. Spencer, looking to be more creative than using traditional instruments, took the idea of playing buckets, which was introduced to him in the subways of New York City. Spencer then added more and more instruments to the show and expanded on the New York style of street percussion.  Spencer specialized in using recycled materials to build instruments

INFO: Blues lovers live for this annual festival, and after last year’s pandemic-induced cancellation, both fans and performers are all revved up and ready to rock. Bust a move to the North Atlantic Blues Festival and bask in the sounds of Ana Popovic, Jason Ricci, Tennessee Redemption, Coco Montoya, Blues Caravan, Tulle Brae, Thornetta Davis, Gumbo Grits & Gravy, Johnny Rawls Soul Revue, Ronnie Baker Brook, and RB Stone. On Saturday night, Main Street is closed to traffic for free outdoor performances from Bonnie Edwards & The Practical Cats, Matt and The Barnburners, Downeast Soul Coalition, and others.

WHEN & WHERE: Monday, July 12. Portland House of Music.

INFO: Powerhouse vocalist Gina Alibrio and her all-star band will hit with you a sensational night of funk and soul tunes. Most Monday nights all summer long.

INFO:  Osborne has followed her restless musical heart, exploring a diverse range of genres: pop-rock, soul, R&B, blues, roots rock, gospel, funk, and country – all of which can be heard on Trouble and Strife, along with the Western side of C&W and a touch of glam and disco.

ALSO: Joan will be at Vinegar Hill Music Theatre on Saturday, July 24.