Professional soccer may soon be coming to Portland

The USL to Portland movement has already gained hundreds of supporters, launched a clothing line and announced community partners in an effort to establish the team 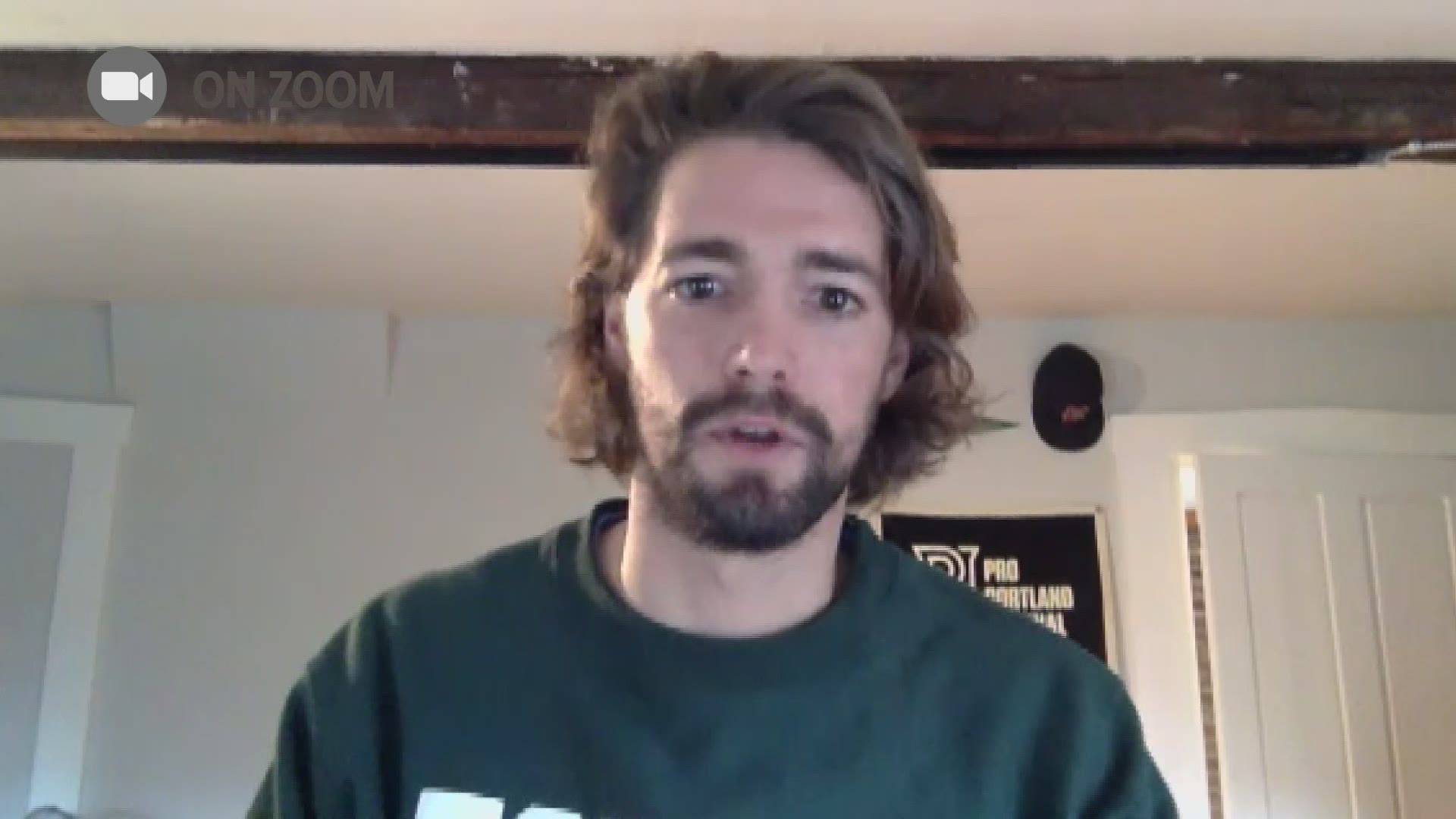 PORTLAND, Maine — You've heard of the Portland Sea Dogs, Maine Mariners, and Maine Red Claws, but what about a professional soccer team in the Pine Tree State?

Gabe Hoffman-Johnson hopes that's the case in the coming years. He's the founder of the USL to Portland movement, a local effort to bring a USL League One team to Portland.

"I think Portland's a fantastic market for it. In fact, one of the best untapped markets. I firmly believe that," Hoffman-Johnson said.

Hoffman-Johnson is a former two-time Gatorade high school soccer player of the year from Falmouth, and went on to captain the Dartmouth College team before having his own short professional career, playing left back for St. Louis FC in the United Soccer League.

I caught up with @ghoff_johns, the man behind @USLtoPortland. He says Portland is a perfect fit for a @USLLeagueOne franchise, and the League tells me they're working closely with him to make it happen @newscentermaine pic.twitter.com/PYHH55HkF9

For more than a year now, Hoffman-Johnson has been working at the local level and with the United Soccer League to establish a team in Portland. The USL League One is the tier Hoffman-Johnson hopes to have a Portland team play in. It's the third level of professional soccer in the United States, below Major League Soccer, home of the New England Revolution, as well as the USL Championship league.

"I kind of view what we're doing here... our work as an investment not only in the economic future of Portland and Maine, but community and cultural future as well," Hoffman Johnson said.

As part of his efforts to bring a team to the state's most populous city, Hoffman-Johnson has already established multiple community partnerships with environmental organizations. He has also launched a clothing line for the team.

"It's all part of building something. A community club, for people to actually be a part of it, let alone feel a part of it," Hoffman-Johnson added.

The clothing line has been so much of a success, items are already beginning to sell out.

Crewnecks have SOLD OUT! 🚨

Most sizes for the Heritage Tee, L/S Tie-Dye are also sold out.. head on over to https://t.co/yJV3szMyVc to cop yours before it’s too late!! https://t.co/6QZVL9bYHT pic.twitter.com/KWIMV68Z20

The community support for the team thus far has Hoffman-Johnson excited about the future too. An independent fan group has already been established, gaining hundreds of followers across social media platforms.

Interest has also been established for the team in environmental circles, following the announcement of partnerships with organizations like the Natural Resources Council of Maine (NRCM), the Maine Brewshed Alliance, and Sebago Clean Waters.

"To engage a younger audience, a younger demographic. Young people that love the game of soccer and want to help the environment," Todd Martin, outreach coordinator with NRCM, said.

As part of the partnership, a portion of the proceeds from merchandise sales will go to the groups. The team and NRCM also hope to collaborate for events like trash pickup in the coming months and years.

The next and largest hurdle for the team will be finding a location to play. Hoffman-Johnson says he hopes to establish a "community stadium" that could be used by local high school teams, as well as other groups.

City of Portland director of economic development Greg Mitchell says he has worked closely with the team as they look to officially come to Portland.

"Having different teams in your community, it raises your profile," Mitchell said.

USL League One vice president of communications Ryan Madden confirms that the league has had its eye on Portland for some time, and sees a lot of promise in the current USL to Portland movement.

Madden says it's more "when, not if" Portland will be getting its own team.

Hoffman-Johnson says he hopes to have a team taking the field somewhere in 2022 or 2023. He does note, however, that it is very dependent on finalizing a location, as well as on COVID-19 cases dropping across the nation.