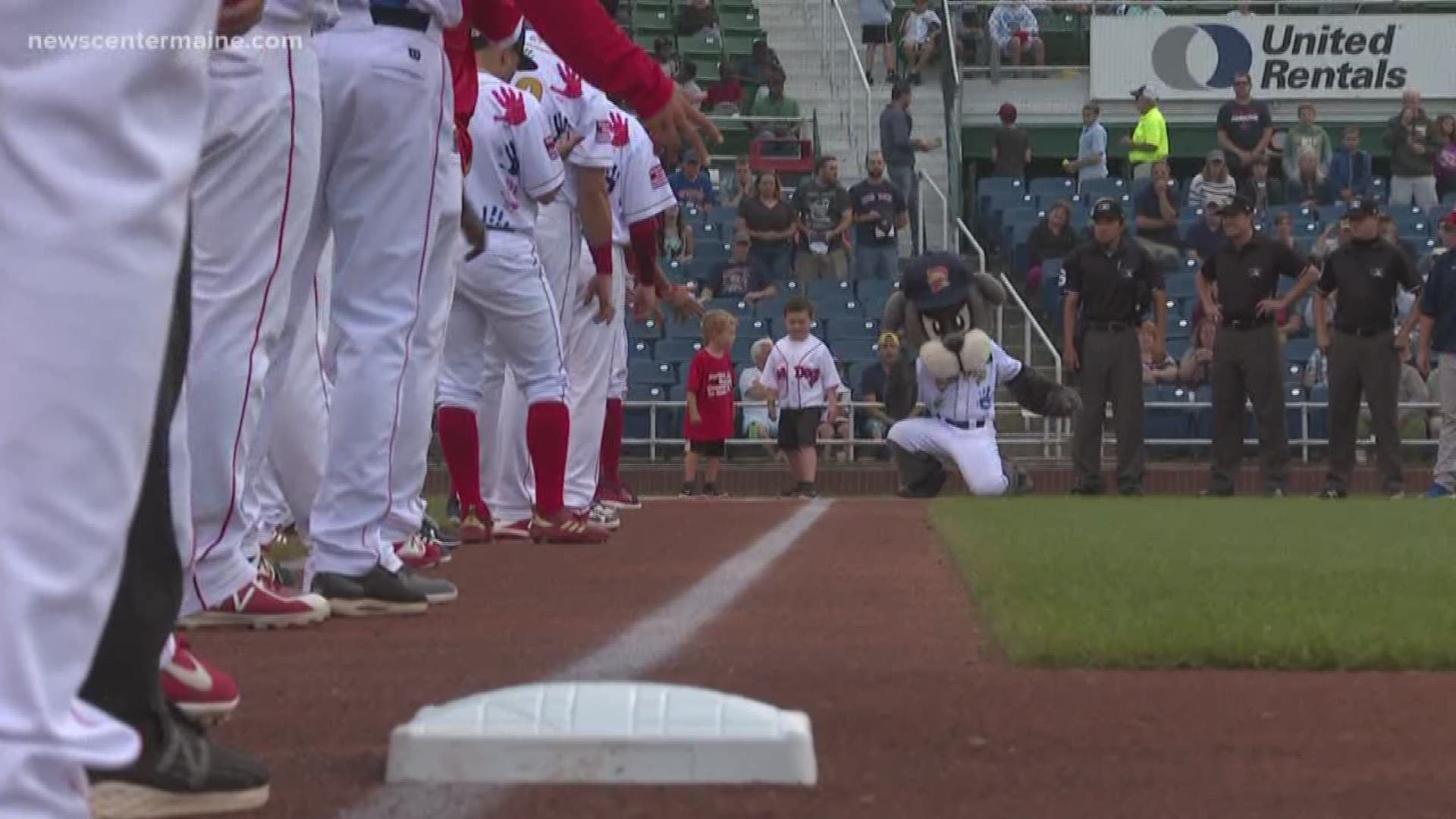 Cassidy was in town to help the Sea Dogs commemorate the 50th anniversary of the Lunar Landing, which happens next week.

Cassidy is a 1988 graduate of York High School. He was selected as an astronaut by NASA in 2004 and is a veteran of two space flights, STS-127 and Expedition 35.

But before Cassidy threw out the first pitch, 5-year-old Griffin Cochrane took to the diamond for the opportunity of a lifetime. He and his brother ran the bases, and high-fived the players, all with the support of a cheering crowd.

Griffin was diagnosed with acute lymphoblastic leukemia at age three. Doctors say Griffin is making excellent progress, but he's scheduled for aggressive treatments through 2020. He was recognized as an Anthem Hero at Hadlock for his courage in battling cancer at such a young age.

The Anthem Heroes at Hadlock program provides children who have battled a serious medical condition a once-in-a-lifetime experience at Hadlock Field.

Griffin is the first of four children to be honored in the 2019 season. Each honoree takes a celebratory home run lap around the bases of Hadlock prior to a Sea Dogs home game.

The Heroes at Hadlock program is sponsored by Anthem Blue Cross and Blue Shield in support of the Maine Children's Cancer Program.