Proposed law aims to protect some of Maine's important workers

A recent study found more than half of all native bees are dying from a variety of reasons. A new bill aims to fix this issue in Maine. 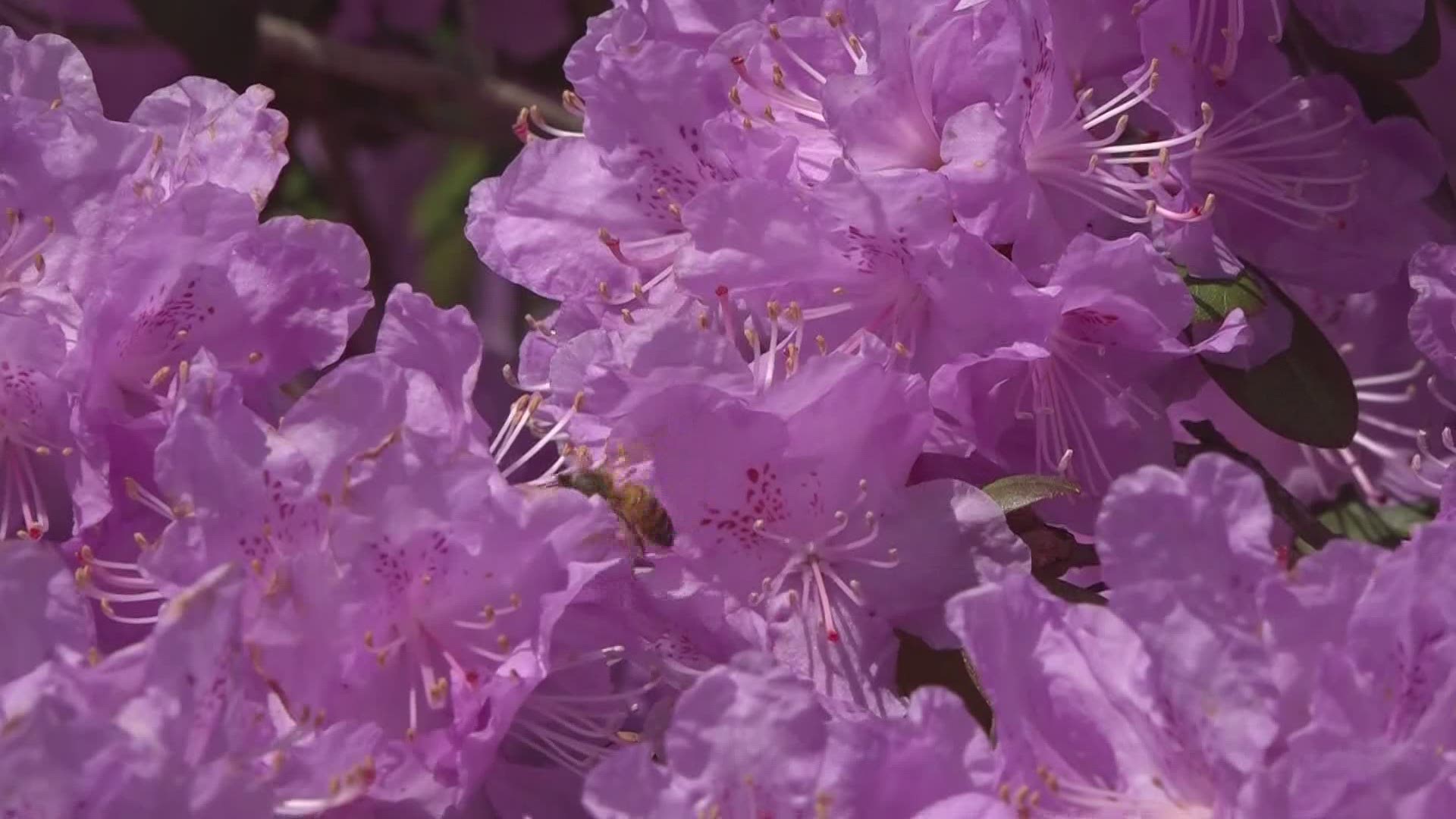 AUGUSTA, Maine — Protecting Maine's valuable bee population is the goal of one bill receiving a lot of support in Augusta and across the state.

If passed, LD 155, Amendment B would direct the Board of Pesticides Control to prohibit the use of any product containing dinotefuran, clothianidin, imidacloprid or thiamethoxam, the most toxic of the neonicotinoid pesticides.

“My bill protects bees and other pollinators by reducing the amount of use of neonicotinoids,” Rep. Nicole Grohoski, a Democrat from Ellsworth, said.

The law would ban the neonicotinoids, "neonics" for short, from lawns, turf, and ornamental vegetation. Grohoski says agricultural producers and forestry will not be affected by this bill.

Locally and nationally the bee population has been on a worrying decline for years. I'll have the details this morning on @newscentermaine of some proposed legislation looking to change that in Maine. #wakeMEup #wakeBEEup pic.twitter.com/mSLuwtlbIA

“Some bees are affected, so that, they have difficulty flying, it interrupts their cognitive abilities, they can’t navigate, and find their way back their nests,” Dr. Francis Drummond, a professor of insect pest management at the University of Maine, said when asked about the effect of neonics on bees.

Drummond says neonics can even kill bees because they contaminate nectar and pollen in plants. This is a worrisome reality, as bees are on the decline locally and nationally. A state survey reports Maine beekeepers lost more than 35 percent of their hives between April 2019 and April 2020.

“We’re trying to limit the use of these harmful pesticides in order to support our bee pollination, which of course is critical,” Grohoski added.

Critics of this bill say changes to its language and clarifications still need to be worked out.