Some drivers criticize Maine's 'Move Over, Slow Down' law as unclear

Drivers question how much a driver must slow down in order to be considered "careful and prudent" to avoid getting a $326 ticket. 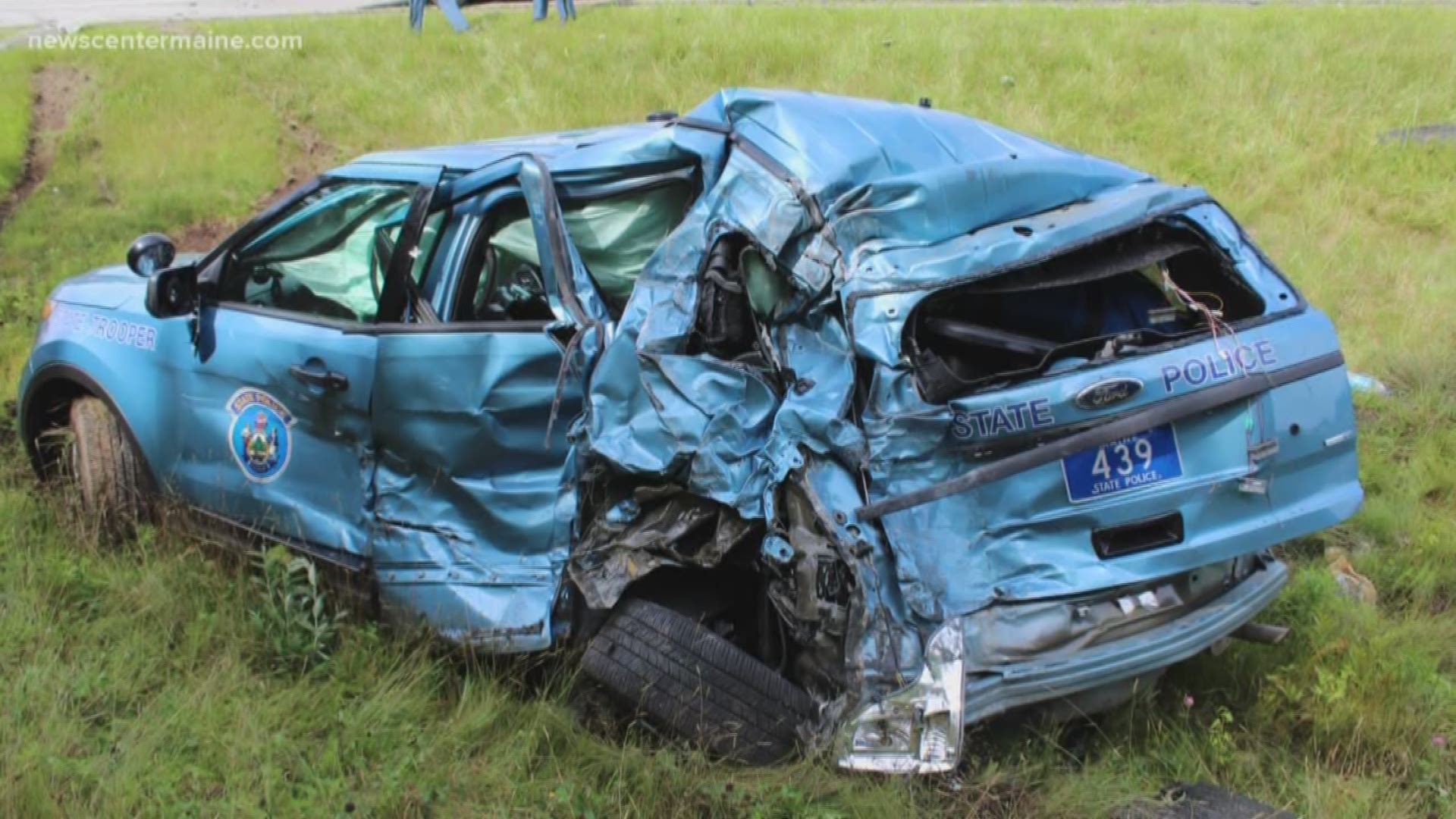 AUGUSTA, Maine — The Maine Bureau of Highway Safety is trying to raise awareness about Maine's "Move Over, Slow Down" law after two Maine State Troopers were hit in the span of eight days on the same stretch of the Turnpike in late December.

The law is intended to protect Maine's first responders working on the side of the road, attending to car crashes or disabled vehicles.

The "move over, slow down" law states drivers must:

Drivers say the "slow down" portion of the law is unclear, questioning how much a driver must slow down in order to be considered "careful and prudent" to avoid getting a $326 dollar ticket.

Other states, such as Texas, specify how much drivers must slow down:

"Specifically, Texas law states that a driver must either:

Drivers should only move over if they can do so safely and legally; otherwise, they should slow down."

Trooper Greg Stevens was struck by a tractor-trailer while sitting in his cruiser after attending to another truck pulled over on the side of I-295 in Richmond in July 2015.

The 18-wheeler smashed into the back of Stevens' car, crushing his ribs, and breaking his neck.

"I was laying behind the passenger front seat. My hips were still in the driver's seat behind the steering wheel and then that pain kicked in on my left side," said Stevens.

It took him four months to return to work, but he still feels the physical pain of arthritis, and mental pain every day.

"There's not a day that goes by that doesn't remind me of it. If I'm roadside checking on people, sometimes the hairs stand up on my neck," said Stevens.

Stevens said it makes little sense to require drivers to slow down to a certain speed.

"To try to hang a number off it -- there's too many environmental factors at that time, and that's why they listed it as a prudent speed," said Stevens. "Taking a life when you could have slowed down a little bit. Are we in that much of a hurry where we can't say, 'there's somebody's family standing there?' Could be my family."

Some Maine first responders are taking matters into their own hands, forcing cars to slow down when they come upon an emergency scene.

"Sometimes they can't move over because of oncoming traffic. But they can always do the slow down part, and the slow down doesn't mean just a little bit. Slow down, for us, means slow down to a crawl," said Woolwich Fire/Rescue Chief Michael Demers.

In Maine, there are 2,321 sworn police officers across the state. Maine DOT spokesperson Ted Talbot estimated there are nearly 1,000 employees who work on the sides of Maine roads. Maine State Federation of Firefighters president Ken Desmond estimated there are more than 8,500 career, on-call, and volunteer firefighters in the state. That means there are roughly 12,000 people, in those categories alone, that frequently work on the side of Maine roads which drivers pass by every day. That estimate does not include the thousands of public works and utility crews statewide.