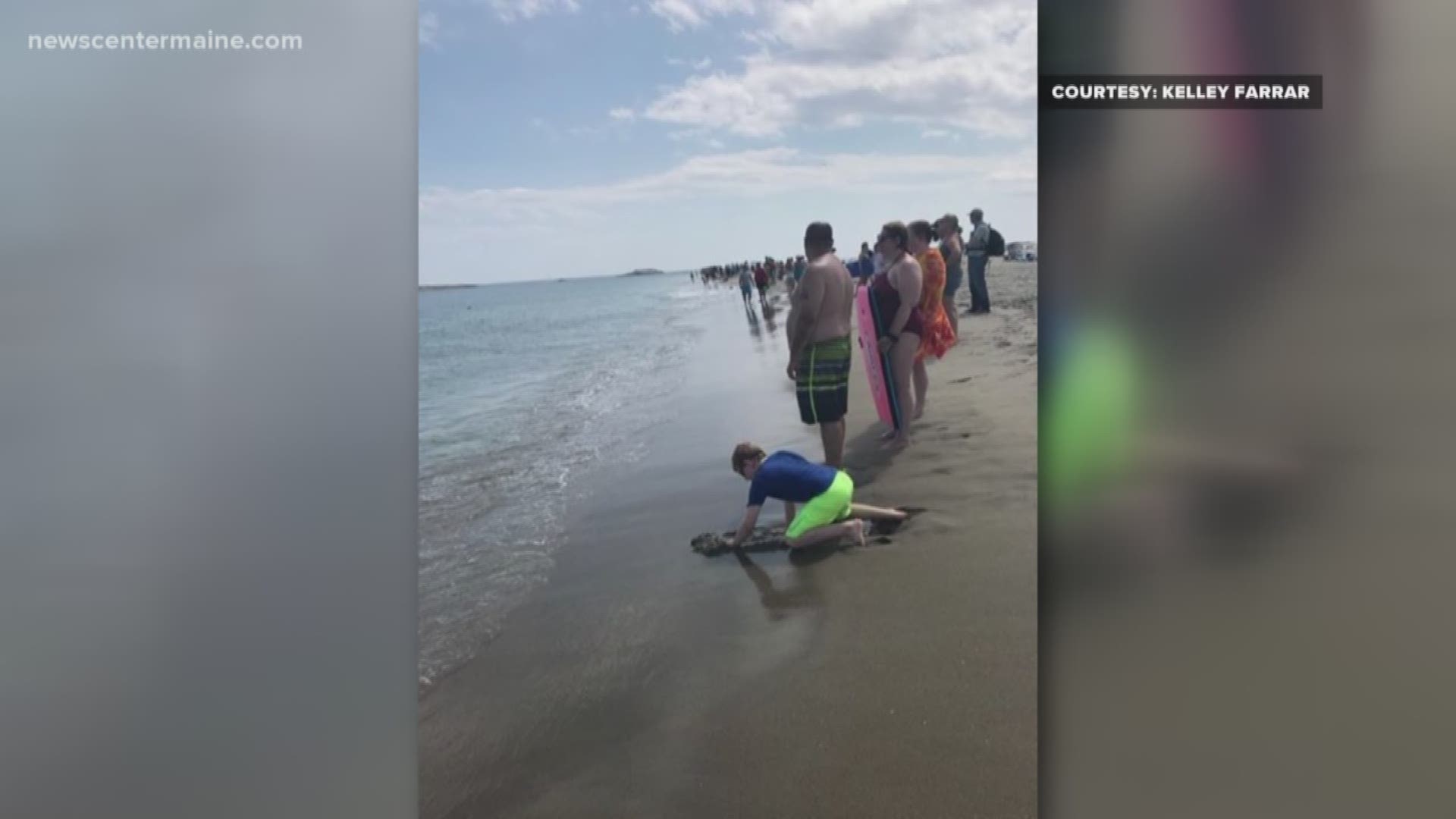 PHIPPSBURG, Maine — Beach-goers at Popham Beach in Phippsburg were evacuated from the water after a possible shark sighting.

It happened at around 2 pm on Sunday.

A viewer sent NEWS CENTER Maine photos of the crowd on the beach waiting out the evacuation as well as a photo of what appears to be a shark in the water.

The viewer who sent us the photos says lifeguards and Park Rangers told people to get out of the water because of a possible shark sighting.

Folks have been discussing the shark sighting on the facebook page "I LOVE Popham Beach."

One person posted: "Was there a shark siting today? People have been saying that."

NEWS CENTER Maine has not been able to verify the shark sighting with Popham Beach Park Rangers.