Australian CEO on tape: I 'won't lose any sleep' if Saddleback doesn't open

An audiotape leaked to NEWS CENTER Maine by a former contractor of the Australian development company suggests an immigration program might be the motivation behind the purchase of Saddleback Mountain. 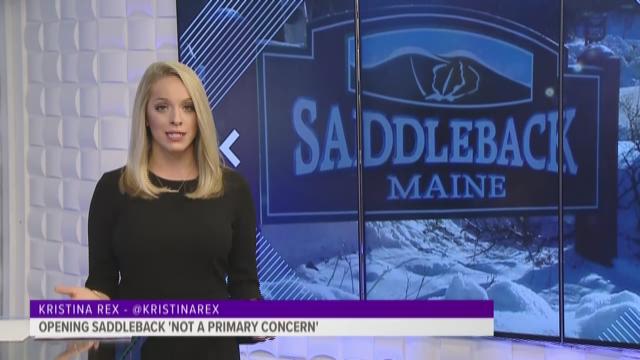 That's according to an audio recording sent to NEWS CENTER Maine by a former employee of the Majella Group of Brisbane, Australia.

After three ski seasons of idle lifts and slower tourism in Rangeley - Australian developer Sebastian Monsour promised change. He told the crowd at a June 28th press conference that he planned to make Saddleback Mountain “the premier ski resort in North America.”

Locals were hopeful the economy would be revitalized this winter – after being told in June the mountain would open, to some extent.

It’s important to point out that we don’t know, financially, exactly what’s going on behind closed doors.

It’s a private sale – and neither side is talking.

Listen to the full minute of conversation about the Saddleback sale below.

He proceeds to explain to company’s goals with the mountain, saying:

Six months ago – Majella CEO Sebastian Monsour said the reason he was buying Saddleback Mountain was for the U.S. EB-5 Visa program.

So what is EB-5? It’s the government’s immigration investor program that lets foreign investors get permanent residency here in the United States. In rural areas like Rangeley, if you invest at least $500,000 in a business that creates 10 U.S. jobs, you and your family become eligible for green cards.

Other investors can chip in, too – with the same guidelines – a $500,000 investment and 10 more jobs – and they and their families are eligible for green cards as well. 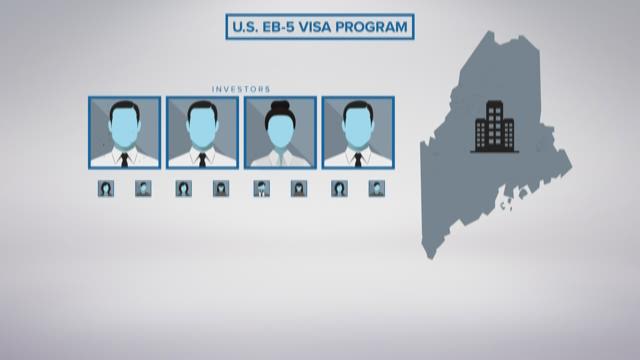 In that same September meeting, Sebastian Monsour announces the company did not have enough money to pay its employees.

“We're in an asset rich, cash poor situation at the moment,” he says on the tape. “I have a very very very small amount of funds. We will be late for the first time on payroll for everybody this week.”

NEWS CENTER Maine interviewed three former Majella employees who asked to remain anonymous for fear of retaliation by the company. They say they weren’t paid from September until they quit in early December – and still haven’t been paid for those two months of work.

We don’t know if Majella payroll has started again since then.

Our repeated requests to talk with CEO Sebastian Monsour have been declined or gone unanswered.

We also offered to play this tape for the Berry family, the current owners of Saddleback who are still waiting for their money from the Majella Group.

“I hope it stays a family mountain,” owner Bill Berry told NEWS CENTER Maine at the June press conference. We told the Berrys we have evidence suggesting that the EB-5 program is the primary motivation for the deal.

Through their advisor Chris Farmer, they declined our offer, and our request for an interview.

The former Majella employees we interviewed did have a message for the people of Rangeley. “This is never happening with Majella,” said one former employee.

And from our source who says he keeps up with the Saddleback community online: “Move on…once that [connection] stays open - there's a glimmer of hope. That just destroys any opportunity for another deal, the ability for another investor to come in and do something...the ability for people to move on with their lives.”