A military homecoming, and surprise, one year in the making

Master Sgt. Daniel Redman had not seen his two boys, Jacob and Jason, for an entire year until he surprised them Wednesday at Loranger Middle School in Old Orchard Beach. 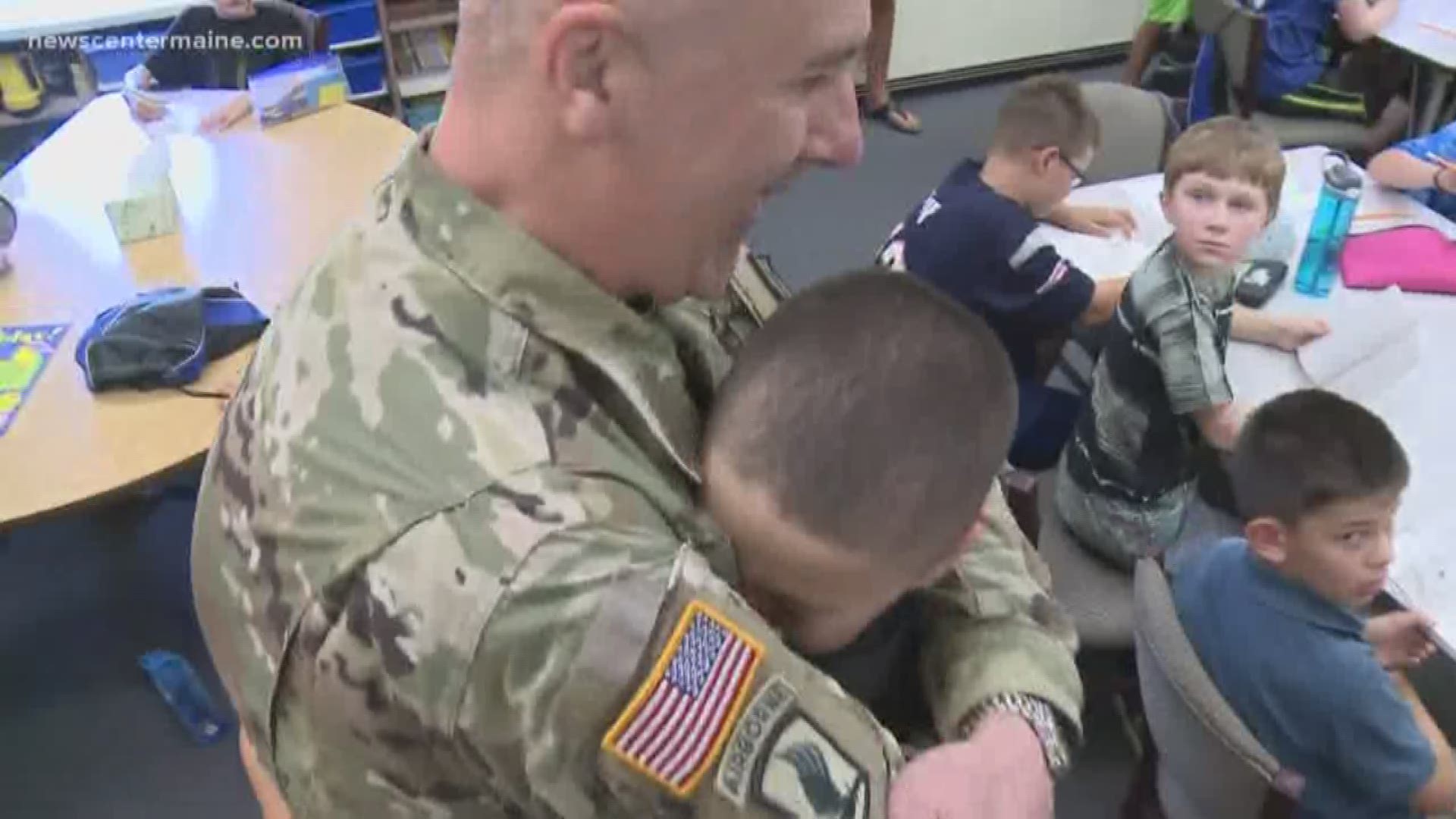 OLD ORCHARD BEACH (NEWS CENTER Maine) -- A family from Dayton reunited with their father Wednesday after a year-long deployment overseas in Korea.

“You see them on FaceTime and Facebook messenger. You know they’re growing and getting bigger, but it’s a lot different when you get to see them in person," said Master Sgt. Redman.

His son, Jacob, a fifth grader, and Jason, a seventh grader, had no idea their dad was coming home. Their mother Kristina, and sister, Kiah, knew he would be home, but decided to keep it a secret from the boys.

Master Sgt. was most recently stationed in the U.S. at Fort Gordon in Georgia, with his family. They moved to Maine shortly before he was given orders to go to Korea as part of an extraditionary battalion there.

“All the other times he deployed, they were very little. Now they understood. They have a concept of time and it was dragging for them. When is he getting home?” said their mother, Kristina. ”You think, babies have milestones. When you have middle schoolers, the milestones are even larger, but shorter-lived."

The family moved in to a new home in Dayton, which Master Sgt. Redman saw for the first time in person on Wednesday. His sons were excited to show him the treehouse they had been working on.

”Next thing you know they’ll be graduating from middle school and high school. IT goes by so fast, and now Dad will be home to enjoy it all and see it all," said Kristina.

The family said Master Sgt. Redman is done with deployments, and will have to go back to Fort Gordon for a short period of time to retire, at which point, he will move back to Maine.