Alex Todd and his family have been fishing lobster and scallops off of the Maine coast for more than ten generations. 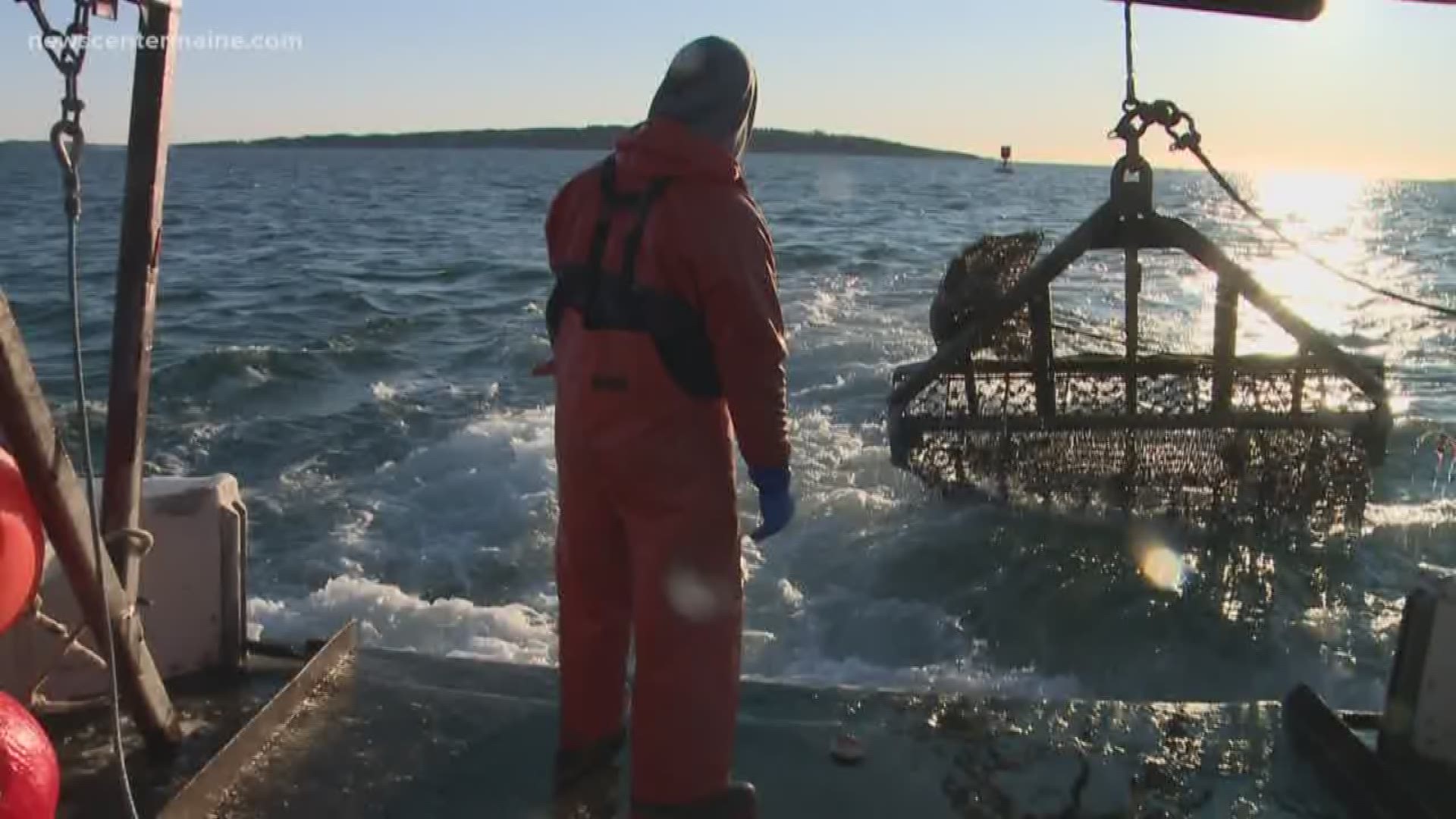 "I can't imagine doing anything else,” he said as he headed out off Chebeague Island with the sun just starting to peak above the horizon.

His boat, the Jacob & Joshua, named after his sons are out on these waters year-round.

Todd’s 17-year-old son Joshua was spending his February school vacation out on the boat fishing for scallops.

Joshua and sternman Levi Gloden pulled in shellfish in subzero temperatures as ice started to build up on the deck.

"It's harder on them than it is on me,” Alex Todd said.

As the boat’s captain, Todd careful picks locations to drag the ocean floor for the prized shellfish, all from the comfort of the heated cabin where he sips his morning coffee.

RELATED: COOL JOBS: The 'King of the Ice' at the Cross Insurance Arena

“Every once in a while I'll open the door and say, ‘Now do you think I should take a shirt off or? You know what I'm getting a little hot,’” Todd said. “I get a kick out of it but they don't see the humor as much."

That sense of humor is what keeps the crew going through the harsh winter months.

With every catch, Joshua and Levi alternate jobs, then sort and measure every shellfish by hand and throwing them in baskets.

Then they start shucking them right on the boat—rapidly and carefully removing the shells.

It is a process they repeat over and over again for hours until they reach their daily quota, as per state regulations.

The winter makes it especially challenging because the equipment freezes up, some island docks are closed and the weather can be unpredictable.

Harsh conditions or not, Joshua Todd says it is all worth it.

“I guess it's a family thing--a point of pride,” he said."Eleven generations is a long time.”

Joshua, a high school senior, is hopeful he can follow in his father’s footsteps after graduation.

It is a decision that is somewhat bittersweet to Alex.

RELATED: COOL JOBS: This mail-woman knows you by name & even sands your steps

"I don't mind if he does this but I think it's a different time now,” Alex Todd said.

“He really would be smarter if he had an education to fall back on if any of the stuff that's coming down the line makes it hard to make a living."

The uncertainty of the fishing industry in Maine has many on edge as the state regulators shut down productive fishing grounds to help maintain a robust shellfish population.

The Maine scalloping season runs from December to April.