An Ellsworth man working in the area came upon the crash after Chief Bresett was struck. He put Bresett in his car and drove him to the hospital. 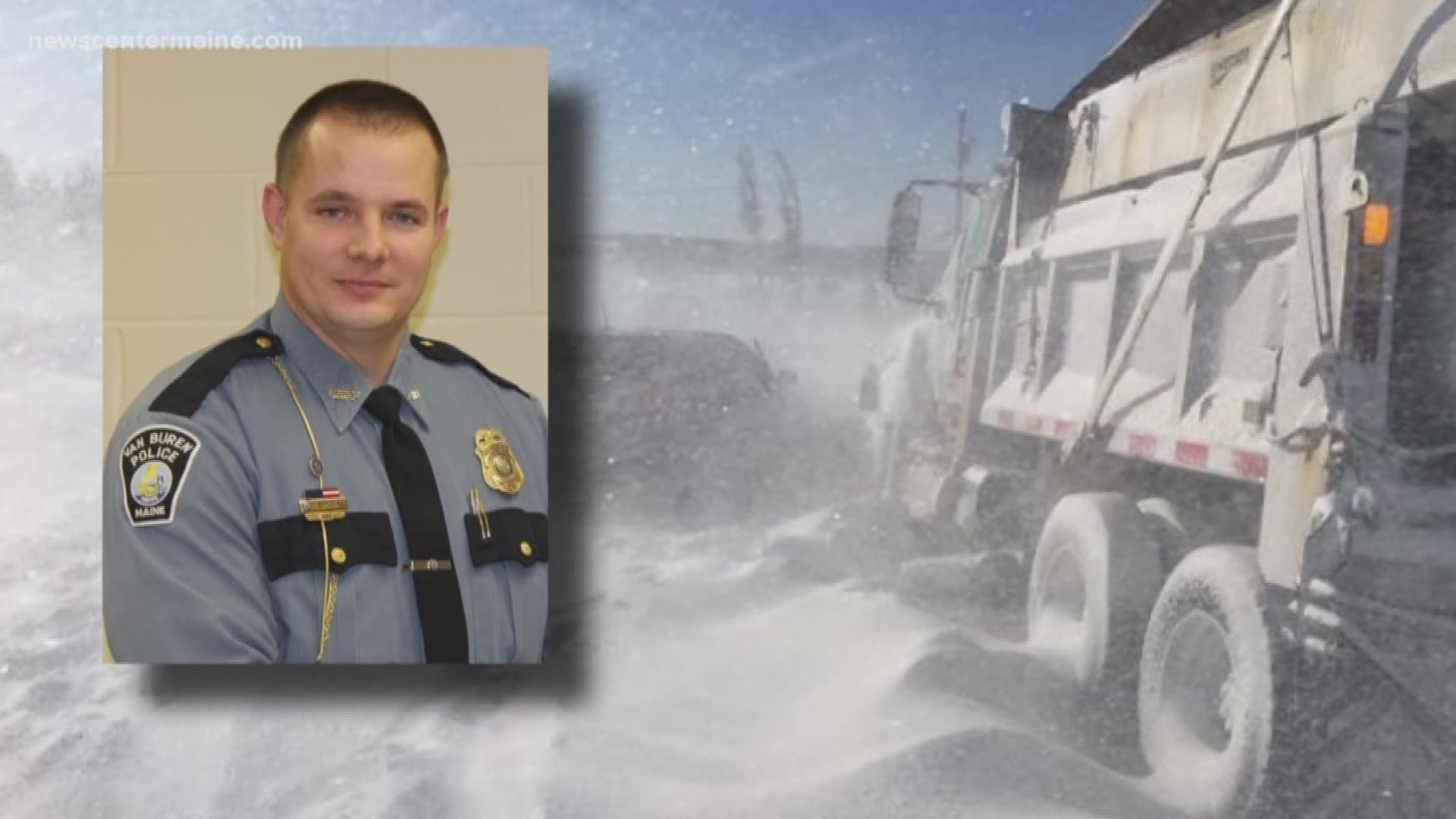 VAN BUREN, Maine — A good Samaritan in the right place at the right time is being credited with saving a police chief’s life.

Van Buren Police Chief Michael Bresett was hit by a passing car while helping drivers who were involved in a crash just south of town Tuesday morning.

The multi-vehicle crash on Route 1 in Cyr Plantation during whiteout conditions led to the chief being seriously injured.

Fort Fairfield Police Department
It's our understanding the Caribou Road in Van Buren is now open. However, during these harsh conditions and whiteouts, Van Buren's Chief Bresett was struck by a motor vehicle while attending to...

Van Buren police Sgt. Luke Dyer said the good Samaritan from Ellsworth came upon the scene after Bresett was struck, put Bresett in his car, and drove him to the hospital.

The hero's name has not been released but Dyer, the department, and the chief’s family credit the man for saving Bresett’s life.

Bresett is in good condition at Cary Medical Center in Caribou Thursday after undergoing surgery for multiple broken bones in one leg Wednesday.

Dyer said Bresett will have a long road to recovery ahead of him and is expected to need physical therapy.

The good Samaritan and Bresett have been in contact since the crash, and Dyer said the department is planning to recognize the man for his lifesaving actions in the near future.

Dyer said the wind and noise in Aroostook County during Tuesday's whiteout conditions were the worst he has seen in his nearly three decades of investigating car crashes with the department.