Fetch ME a Home Presents: The Maine Chinchilla Shelter

The Maine Chinchilla Shelter, located in Augusta, is dedicated to rescuing, rehabilitating, and placing animals with well educated adopters. 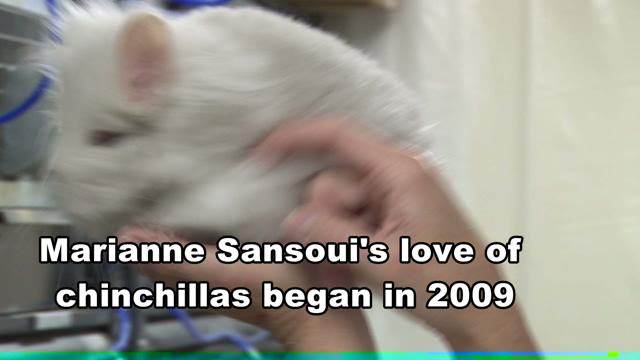 Marianne Sansouci started the shelter out of her home after falling in love with chinchillas in 2009.

"My daughter's friend got a guinea pig, and she decided guinea pigs were the coolest thing in the world and she wanted one," Sansouci explained. "I was hesitant about getting a guinea pig, so I ended up getting a chinchilla, and that just started everything."

Sansouci started to breed quality chinchillas for show and sale and began a business called SydChilla. However, she quickly realized she had the resources to take in and care for neglected chinchillas as well.

"Because I was breeding chins and putting chinchillas out into the community, I decided I really should have a shelter as well," she said. "Now, I have a licensed shelter here in the state of Maine."

Now, Sansouci shelters more than 50 chinchillas a year in a temperature controlled finished bedroom in her basement that she lovingly refers to as "The Barn." Sansouci has traveled as far as Pennsylvania to rescue one of the animals in need. She has a strict evaluation process of the adopters, and urges people interested in adopting a chinchilla to do their research ahead of time. Although they look similar to a rabbit or even a guinea pig, chinchillas have to be cared for much differently. The creatures are native to the cold Andes Mountains in South America and have the thickest fur of all land mammals.

"They need to be in below 70 degrees and, hopefully, below 50 percent humidity," Sansouci explained.

Chinchillas have a much different diet than that of other familiar household pets, too. The animals can't eat vegetables, fruits, nuts, seeds or corn. Usually, their diet consists of pellets and hay, but they also enjoy rose hips and plain shredded wheat.

And, although a slightly more well known detail, chinchillas bathe in fine dust rather than water to keep clean.

For more information on chinchillas and how to adopt one, you can visit the Maine Chinchilla Shelter.