Two children fell into a flooded pond while playing and got sucked into a drainage tube where they became trapped. 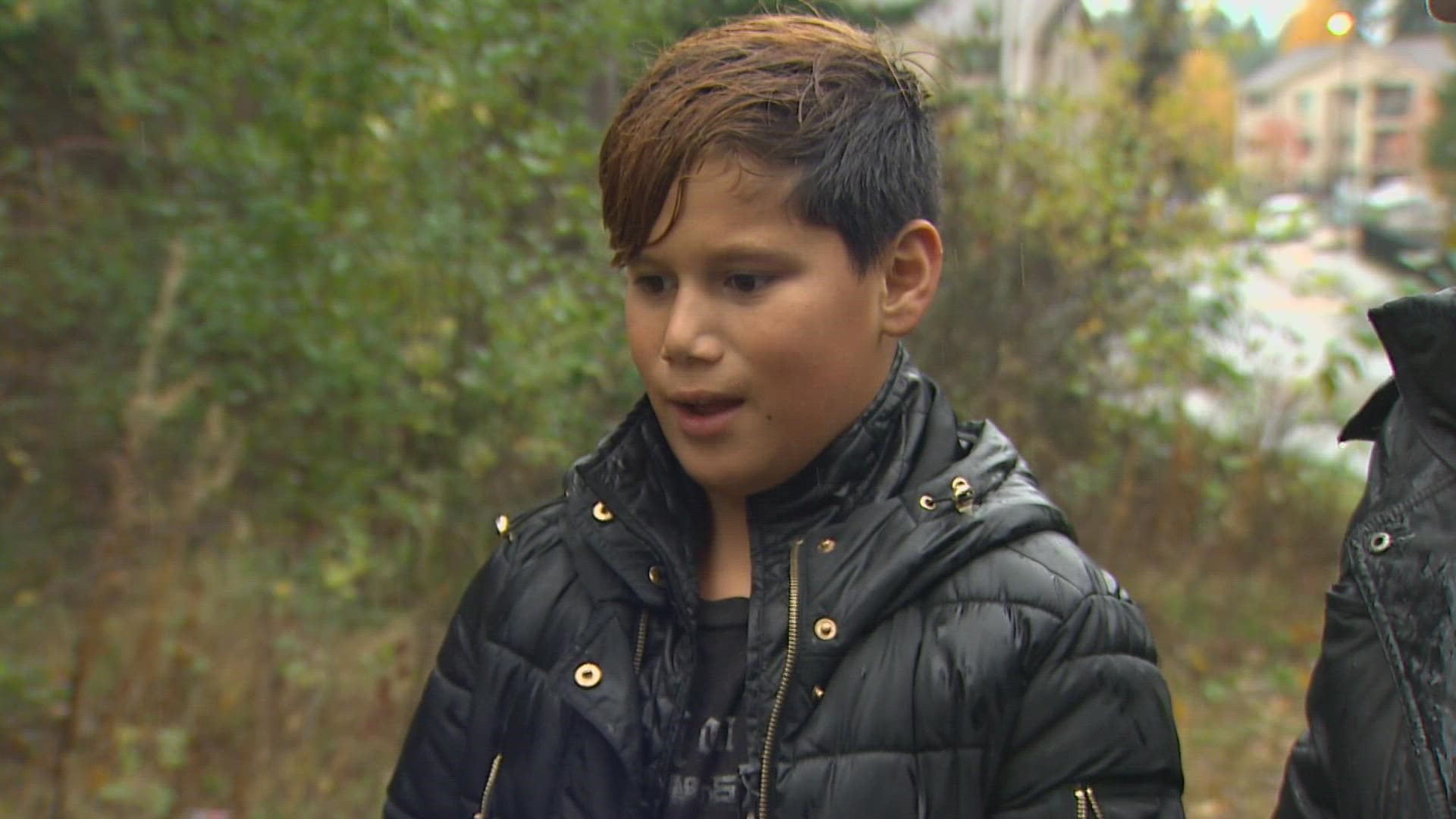 FEDERAL WAY, Wash — A boy who got trapped in a storm drain on Thursday described the harrowing situation that his mother said “was very life and death.”

Elija Baldivino and two friends were playing around a flooded pond near a road leading to the Kitts Corner Apartment complex in Federal Way when two of them fell in.

“I felt something pull on my leg, and then I felt my whole body get sucked down into it,” Elija said Friday.

Heavy rains had created a strong flow of water in the area, and the kids were sucked into a drainage tube. They were then pulled through the tube and into a concrete overflow, according to the Federal Way Police Department.

“I was holding on to the entrance of that tube, but then I let go,” Elija said. “And then I ended in there, grabbed my friend’s leg and pulled myself up onto the ladder.”

Elija said he and his friend started praying, asking God to save them.

Christine Baldivino, Elija’s mother, said her daughter alerted her that Elija was in trouble and to call 911. When Christine found the boys, she said they were crying out for help.

First responders and maintenance crews arrived to rescue the boys from the concrete basin.

“It just grips my heart,” Christine said. “It’s amazing they were able to come up in that tube with as much force that pulled them in.”

Moving forward, Christine said she hopes more fencing and signage is put in place to keep people out of the area.

RELATED: Landslides: Warning signs and how to stay safe if you’re caught in one