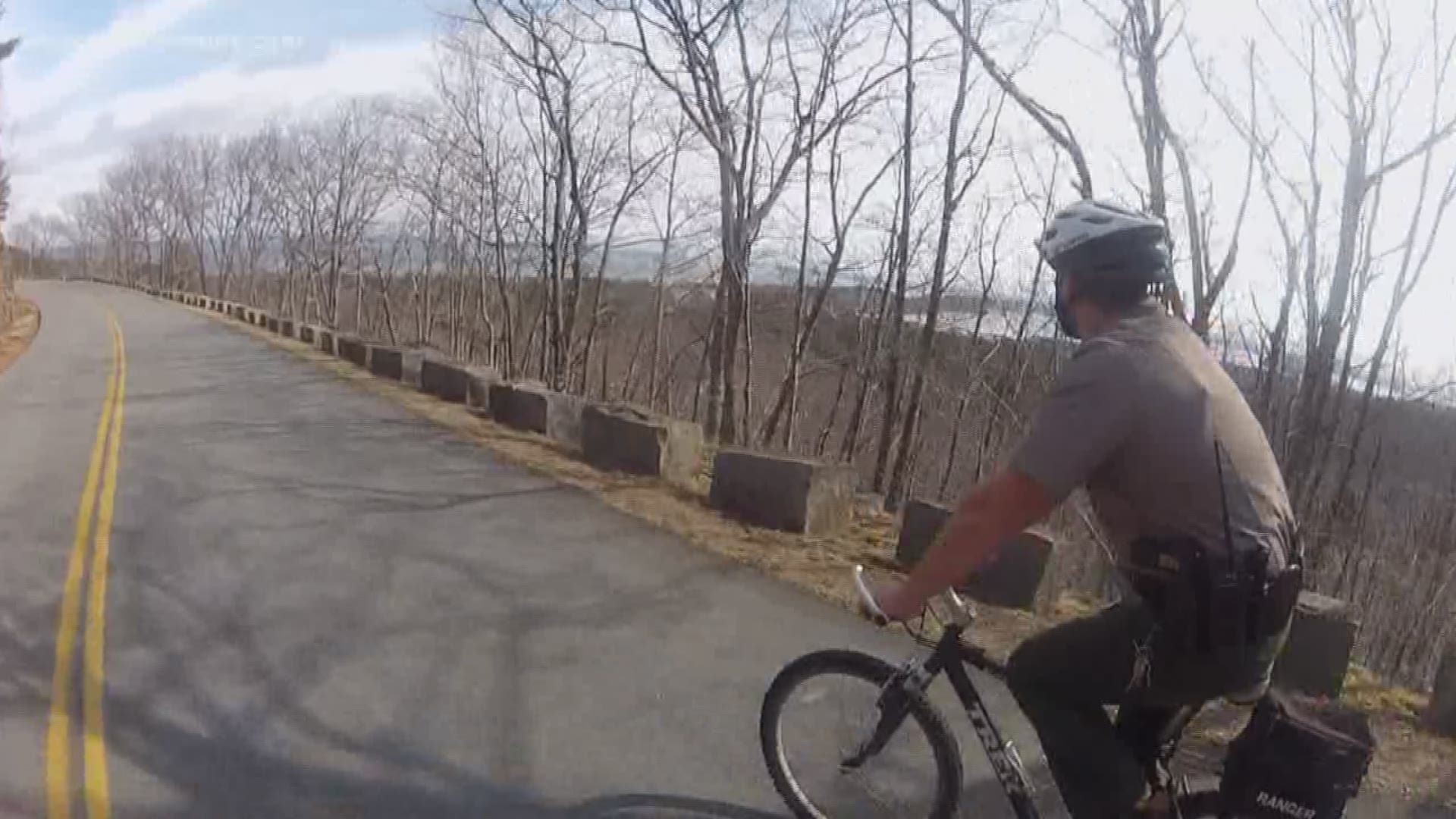 BAR HARBOR, Maine — Gordon Goodwin and his wife are rediscovering their passion for bicycling in their senior years thanks to new electric-assist bikes. The electric motors provide a gentle kick, making it easier for them to pedal up hilly roads around Maine's Acadia National Park.

"We're getting older," said Gordon, who turns 69 Wednesday. But, he added, "It's nice to go somewhere and have the breeze in your hair, like you did when you were young."

They can't get that experience on Acadia's bicycle paths, though.

The National Park Service classifies their so-called e-bikes as motorized vehicles, relegating them mostly to paved roads clogged with summer traffic. Nationwide, the agency and others that manage public lands keep thousands of miles of trail off-limits to e-bikes.

Across the country, regulators are sorting out how to classify the two-wheelers, which are something more than a bicycle, something less than a motorcycle. The National Park Service, for its part, may soon loosen its restrictions.

"I'm hoping that they're going to come to reality," said Janice Goodwin, Gordon's wife. "This will get more popular as time goes on."

E-bikes are the fastest-growing segment of the bicycle industry. They're popular with commuters and baby boomers who might not otherwise be able to get out on a bicycle.

The bikes, which can cost $2,000 or more, combine the frame of a regular bike with lightweight batteries and electric motors for extra zip.

Their sales jumped 72% to $144 million in the U.S. last year, helping to breathe life into bicycle sales that have been relatively flat, according to the NPD Group, which tracks retail bike sales nationwide.

Their popularity has led to conflict.

In bike-friendly southern California, as local land managers take cues from agencies like the National Park Service, some are banning e-bikes from bicycle paths. That has angered riders, said Morgan Lommele, of PeopleForBikes, a bicycle advocacy group and trade association.

Major bicycle companies including Trek, Specialized, Cannondale and Giant want electric-assisted two-wheelers to be treated like bicycles and not like mopeds, scooters or motorcycles, said Jay Townley, who analyzes cycling industry trends at Human Powered Solutions.

Maine and 21 other states have adopted laws that classify e-bikes into categories. Most are treated like regular bicycles under such laws, said Lommele, who has been working with states to create uniform definitions. Only the fastest e-bikes are restricted to roads.

At Acadia National Park, the e-bikes are welcome on paved roads inside the park and even on dirt roads where cars and trucks are allowed.

But they're not allowed on the 57 miles (92 kilometers) of carriage roads funded and built by John D. Rockefeller Jr. that meander throughout the park, offering stunning views of lakes, mountains and the ocean. The carriage paths are popular with bicyclists.

The only exceptions for e-bikes are for people who qualify for mobility devices under the Americans With Disabilities Act, said Christie Anastasia, park spokeswoman.

For the Goodwins, the middle-range Specialized e-bikes were a significant investment that has allowed them to get outdoors and get moving.

They hope the park service reconsiders and allows e-bikes wherever regular bikes are permitted. A National Park Service spokeswoman said the new rules are expected in coming weeks.

Gordon Goodwin, who's an electrician, said at the very least he'd like to see a trial period for e-bikes on the carriage paths.

"Everybody should get out there and enjoy the park," he said.