'This is where we start': BLM movement boosts decades-long effort to preserve Maine's oldest Black church

Black Lives Matter joins the effort to restore and preserve The Abyssinian Meeting House, underway since 1998. 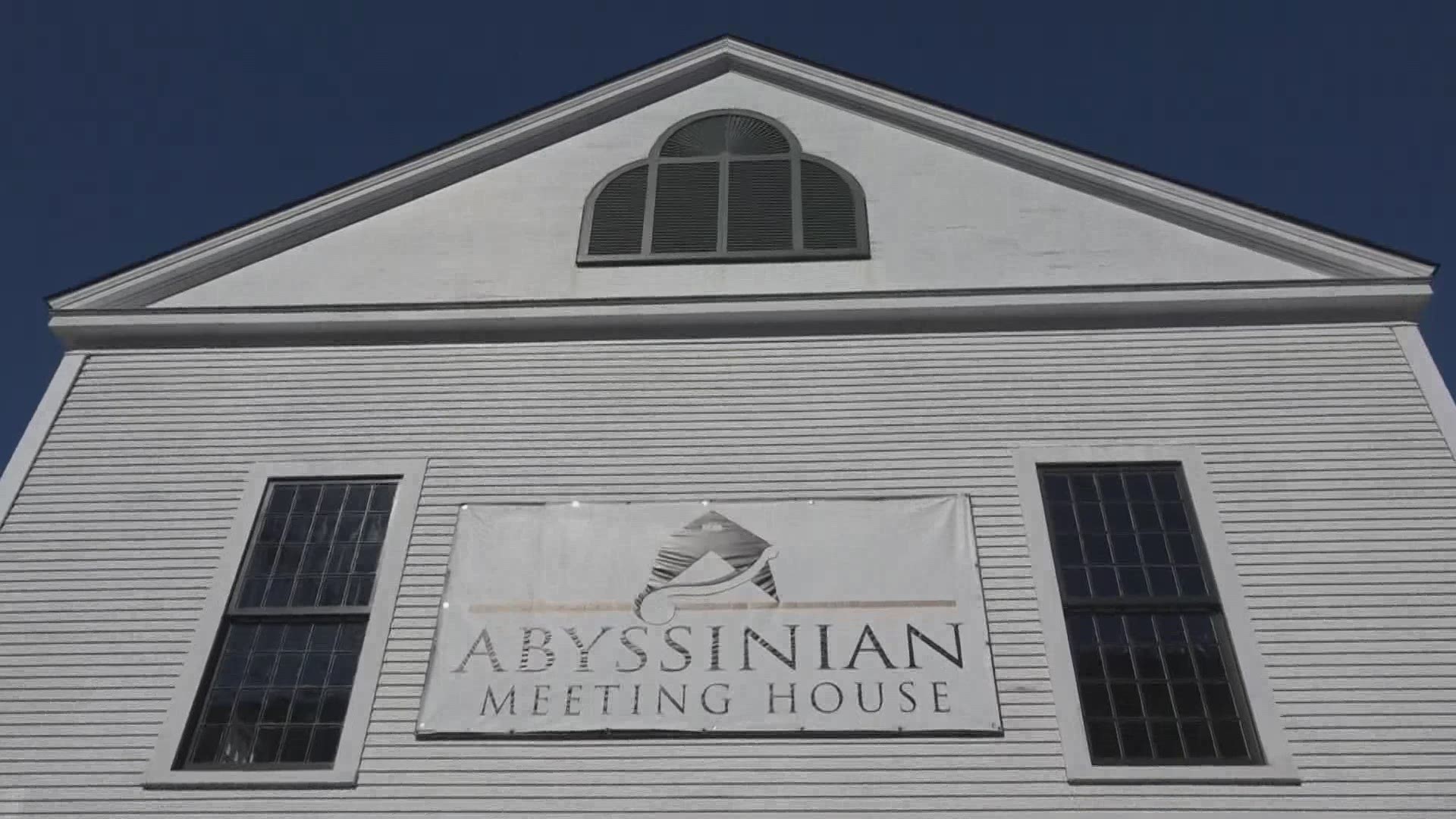 PORTLAND, Maine — Nestled on Portland's Munjoy Hill in the shadow of construction for a new office building, the Abyssinian Meeting House would be easy to miss.

Its rich history, however, is impossible to overlook.

"This to me is a national monument, not yet defined," Leonard Cummings said.

Cummings knows all there is to know about the nearly 200-year-old Meeting House that was once was at the center of the civil rights movement in Maine, even before slavery was abolished.

Cummings and his family have been leading the local effort to preserve the building and its history for the last 25 years.

Credit: NCM
Leonard and Pam Cummings look at recent work completed on the restoration project of the Abyssinian Meeting House.

"This project is near and dear to my heart because it's Black history," said Pam Cummings, Leonard's daughter and president of The Abyssinian Restoration Project.

The Meeting House was built in 1828 by free African Americans, just years after Maine was declared a state.

Some of the people who once sought refuge there were former slaves and leaders in the Underground Railroad.

The building is the oldest African-American church building in the state and the third oldest in the country, according to Cummings.

It has certainly seen a lot in its lifetime, including several fires. In one, a Black Portland firefighter is said to have used wet blankets to protect the structure.

The Meeting House closed in 1917 and was converted into a tenement in the 1920s before being seized by the city for back taxes. It was not until 1998 that the project to restore it to its original state began.

Credit: NCM
Part of the funds raised went to the installation of new custom windows on the Abyssinian Meeting House.

RELATED: Hank Aaron's legacy beyond baseball: The role he played in civil rights

While a lot of work was done to save the building over the last two decades, the organization never met its goal to complete the restoration by 2009.

Black Lives Matter demonstrators marching in the streets of Portland in the last year not only revived calls for racial equity but drew attention to the city's Black history.

She said the organization received more than $375,000 in donations, a much-needed boost to their efforts.

"The focus can't be looking back, it has to be looking ahead because we have a lot of work ahead of us," Leonard Cummings said.

That work has just gotten started in the last month or so, including the installation of new custom windows and doors that are historically accurate.

The inside of the building is still stripped to the studs, as they plan to rebuild a balcony, install pews and bring life back to the space. There are even plans to eventually create an educational center.

Both Leonard and Pam believe that while our country and state still have a long way to go, there is renewed hope in the fight for equality, fairness, and the place where it all began: The Abyssinian Meeting House.

"I think the story of this place has yet to be told," Leonard Cummings said.

The goal now is to raise enough money to have the project completed in time for the building's 200th anniversary in 2028.

To learn more about the meeting house and how to donate go to abyme.org.