And you were worried about that garter snake! Not a Maine issue but still interesting: Baby copperhead season has started in the Carolinas

The North Carolina Department of Agriculture issued a warning about baby copperheads. The little snakes can be hard to spot. 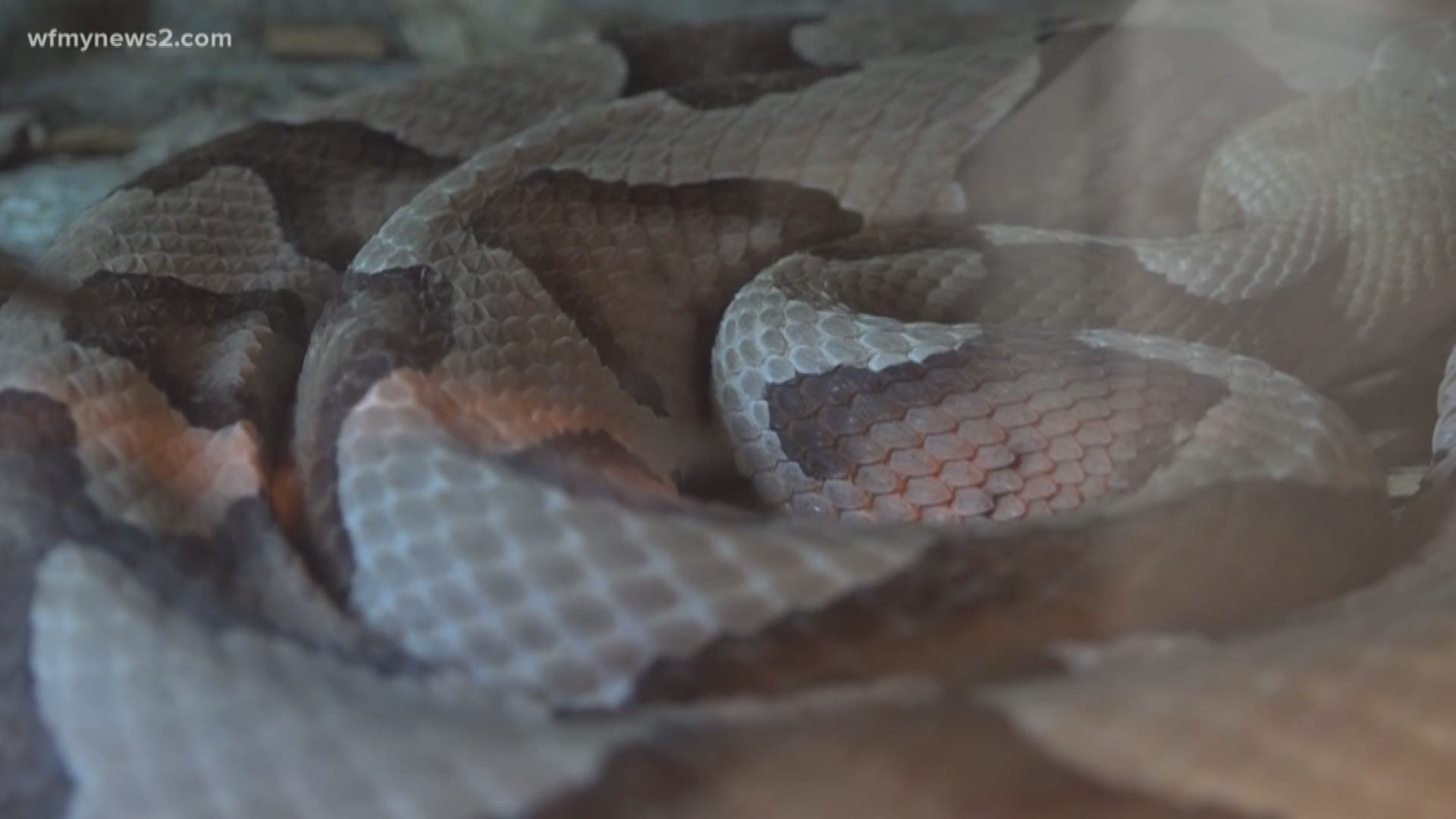 GREENSBORO, N.C. — Editor's note: The video in this story is from July 2018, and features more information about copperheads.

It’s that time of year when you have to watch where you step outside in the yard, woods, or on any walking trail.

The North Carolina Department of Agriculture issued a warning about baby copperheads. The little snakes can be hard to spot.

Copperheads give birth at the end of the summer and usually have 7-8 young. They’re in jelly sacks and immediately break out after they’re born. The young snakes are going to be very defensive and on alert for food. This time of year the young snakes come out of hibernation. They’re really active because they want to go ahead and eat. The adults want to shed in their dens and also start eating and breeding.

Copperheads can be aggressive but they can also be calm as long as you don’t harass them. They are also venomous.

Baby copperheads are lighter tan in color and have a pinkish-brown hourglass pattern. The darker patterns are skinner at the top and go wide at the side. The young copperhead snakes look just like the adults except for new hatchlings. The last inch of their tail is a yellowish-green color, and that will fade as they shed their skin. After two or three sheds they will not have the yellowish color on the tip of the tail.

RELATED: Black Snakes vs Copperheads: What You Need to Know

The young snakes are often confused with copperheads because they don’t look like the adult black rat snakes. They don’t have a solid black color. They are kind of grayish with dark black to brown splotches. They also buzz their tails a little in the leaves as you approach them. Sometimes you’ll hear that buzzing sound and that’s a defensive measure.

RELATED: Your Guide to the Six Venomous Snakes in the Carolinas

Photo guide to the six venomous snakes of the Carolinas

1 / 6
Thinkstock by Getty
Copperheads are the most common venomous snake found in North Carolina. According to the Carolinas Poison Center, they receive 10 times the number of calls about copperheads than all other snakes combined.