Halloween comes early for boy with rare disease in Augusta

When Connor Sawtelle's family told his community he wouldn't be able to go trick-or-treating this year due to surgery, they brought Halloween to him. 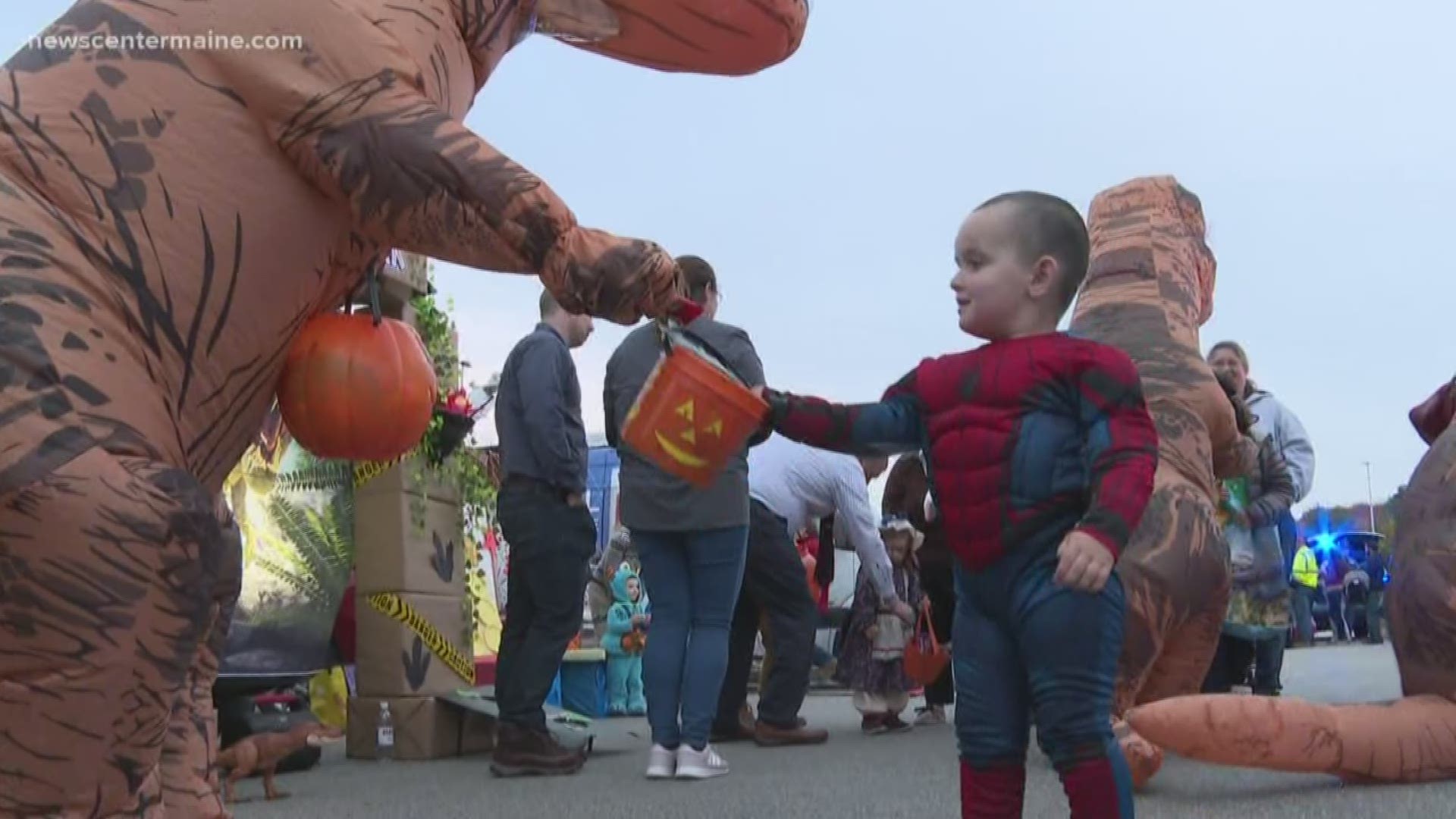 AUGUSTA, Maine — When Connor Sawtelle's family told his community he wouldn't be able to go trick-or-treating this year due to surgery, they decided to bring Halloween to him.

Back in 2017, the now six-year-old was diagnosed Chiari -- a malformation of the skull that causes the brain to descend into the spinal column. It causes many painful and debilitating symptoms.

It's also meant surgery after surgery for the little boy. Including next week, when Connor will undergo his sixth brain and fifth spine surgery in New York City. Unfortunately, that means this year Halloween wasn't an option.

"He's going to miss Halloween... so we just wanted him to be able to have the Halloween experience." his mom, Erica Sawtelle said.

To make sure that happened, Connor's community rallied the troops and put together an impromptu 'Trunk or Treat' event. Dozen of people showed up to the Texas Roadhouse parking lot in Augusta sporting costumes and with trunks full of candy for Connor and his friends to enjoy.

SawtelleStrong Trunk Or Treat
Causes event in Augusta, ME by SawtelleStrong on Thursday, October 10 2019 with 532 people interested and 240 people going. 52 posts in the discussion.

"We did not expect this, we were thinking 10 to 15 cars," one woman said. "It grew and grew and grew so we expanded into the bigger parking lot and we almost ran out of room."

"He was a little overwhelmed and excited," his mom Erica said. "In the beginning he was high-fiving and fist bumping everybody but, as with anyone with Connor's condition, he got worn out a little quickly but he was so excited to see everybody."

It's that feeling of excitement Connor and his family say they will look back on to give them strength in the coming weeks. Saying the love and support they received tonight means everything.

"When we went into this we had no idea what we were getting into and he got to experience Halloween, something a kid shouldn't ever have to miss," Erica Sawtelle said. "And that, I can't be more thankful for."