The number of wildfires statewide is nearing 1,000 this year—nearly double the yearly average. 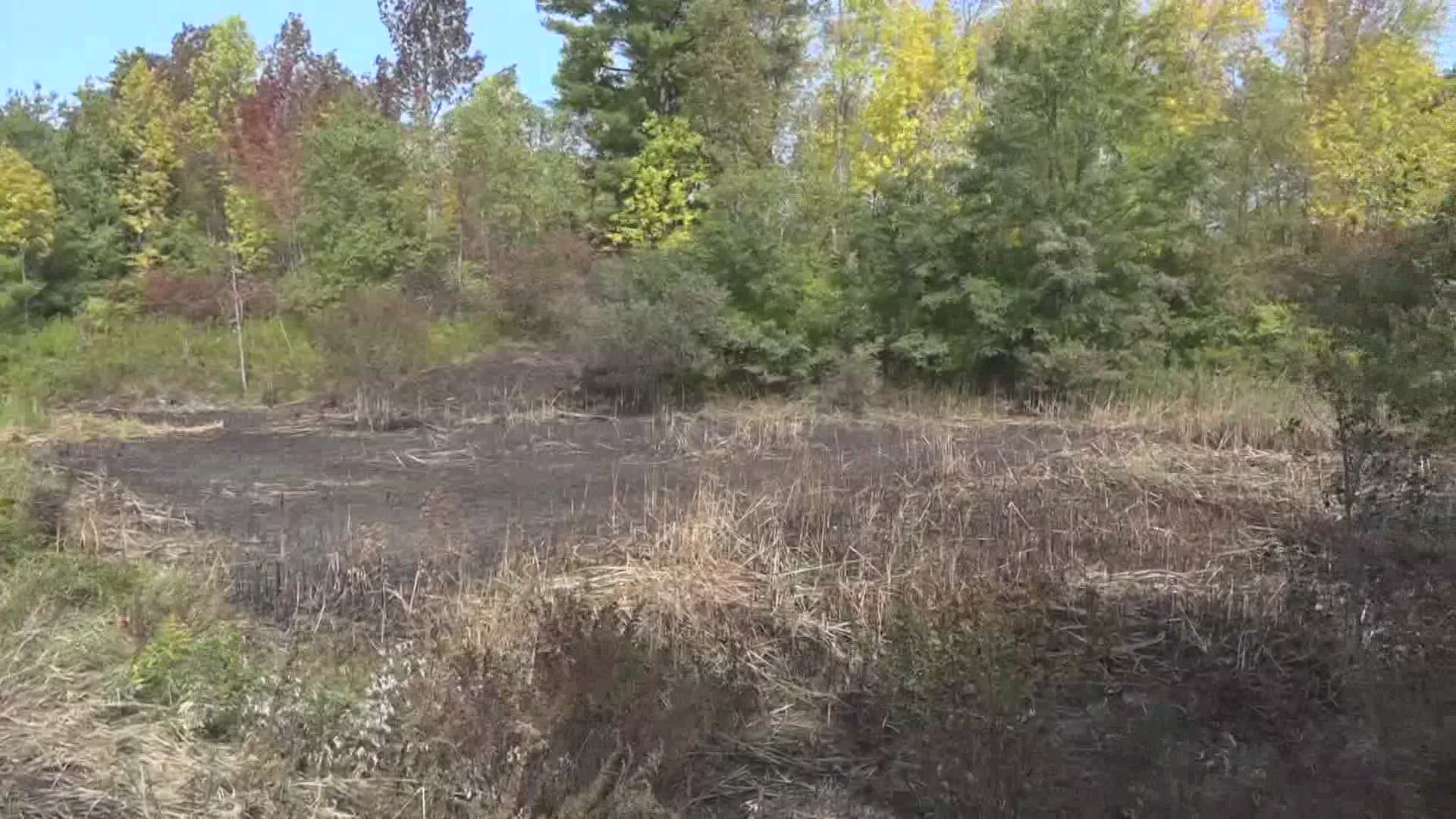 CAPE ELIZABETH, Maine — More than 75 percent of the state is now in extreme or severe drought, according to the latest U.S. Drought Monitor report released Thursday.

That means the risk of wildfire in Maine continues to worsen too.

The Maine Forest Service announced it suspended its online burn permit system out of caution, and urged local fire departments to do the same.

"Things are pretty dry out there right now," Forest Ranger Kent Nelson said. "I've been with the Forest Service almost 20 years and I've never seen this much fire activity go into the fall."

According to Nelson, the state averages about 500 wildfires a year and burns roughly 500 acres. That number has nearly doubled this year, with at least 985 fires burning more than 1,000 acres so far.

Gleeson and his firefighters battled a small remote fire in the area of Great Pond Wednesday.

Using boats to try and access the fire, they eventually had to call in a Forest Service helicopter to help snuff it out. Gleeson said it is the first time he has ever had to do that in his time as chief.

It was later determined a campfire that was not fully extinguished was to blame.

The department has joined several others in prohibiting burn permits to avoid the possibility of similar fires.

"Nobody should be burning at this point," Gleeson said. "Not until we get some rain."

NEWS CENTER Maine meteorologists expect the state to see some rain as early as next Tuesday, but it likely will not be a large amount.

Check with your local fire department on what the rules are in your community.