The ongoing drought has worsened again. Rain is possible next week, but rain totals may still be meager. 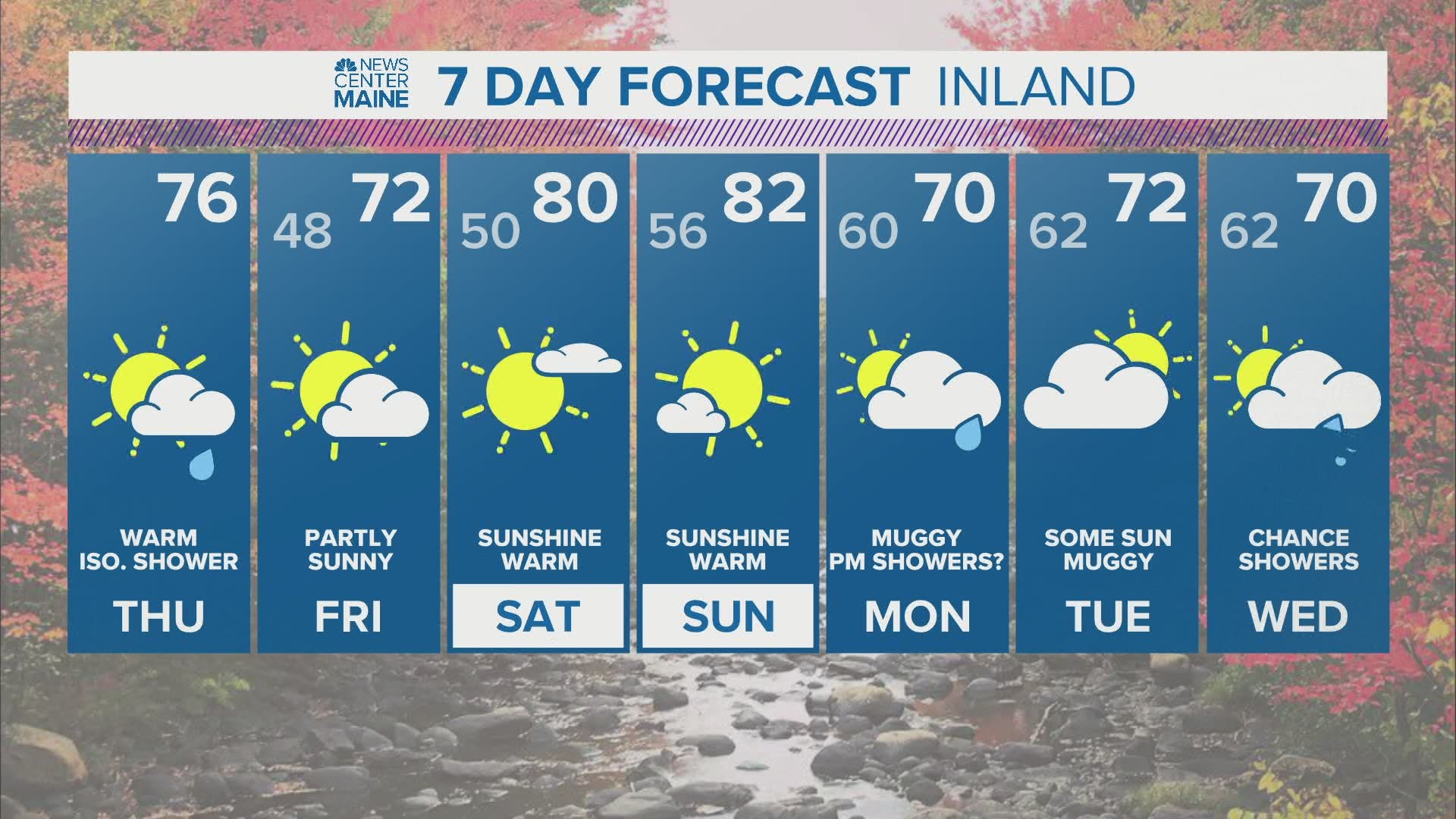 MAINE, USA — I feel like a broken record at this point, but the newest drought monitor shows yet another increase in severity of the ongoing drought.

The drought's effects so far

While people are still getting their pumpkin and apple fix, the drought has had an impact on those crops too. Next up on the list for many people is Christmas trees, which have also been struggling due to the dry weather.

In fact, the dry weather has prompted intervention from the U.S. Department of Agriculture (USDA).

RELATED: 'Staying Above Water' symposium will dive into the effects of climate change in Maine

On top of the agricultural issues, fire danger will increase moving forward. Leaves are starting to fall and dry out. With increased dry leaves and brush, and a general trend of less humid days, outdoor fires will have to be watched carefully. Obey burning laws and any fire weather information from the National Weather Service.

This is where I have a bit of good news. I'm not sure a long duration soaking rain is in our future, but the pattern definitely turns to favor some showers.

Tropical moisture starts its trek up the east coast on Monday. This is ahead of a good bit of energy, which is what we need to get the showers to form.

By Tuesday, clouds will move in. A handful of showers are expected on Tuesday.

This is where the forecast gets a bit more muddied. The models show different solutions. Some models try to show more rain Tuesday night into Wednesday, while others show more rain on Wednesday.

Right now, I think showers are likely. They will not be the answer to our drought, but any rain will be helpful.

I'll be watching the forecast closely. You can check out my thoughts on my Twitter and Facebook pages.