Five Navy SEALs swam 16 miles from Long Lake in Bridgton to Sebago Lake in Casco. Their annual swim has raised $500,000 in five years for Camp Sunshine. 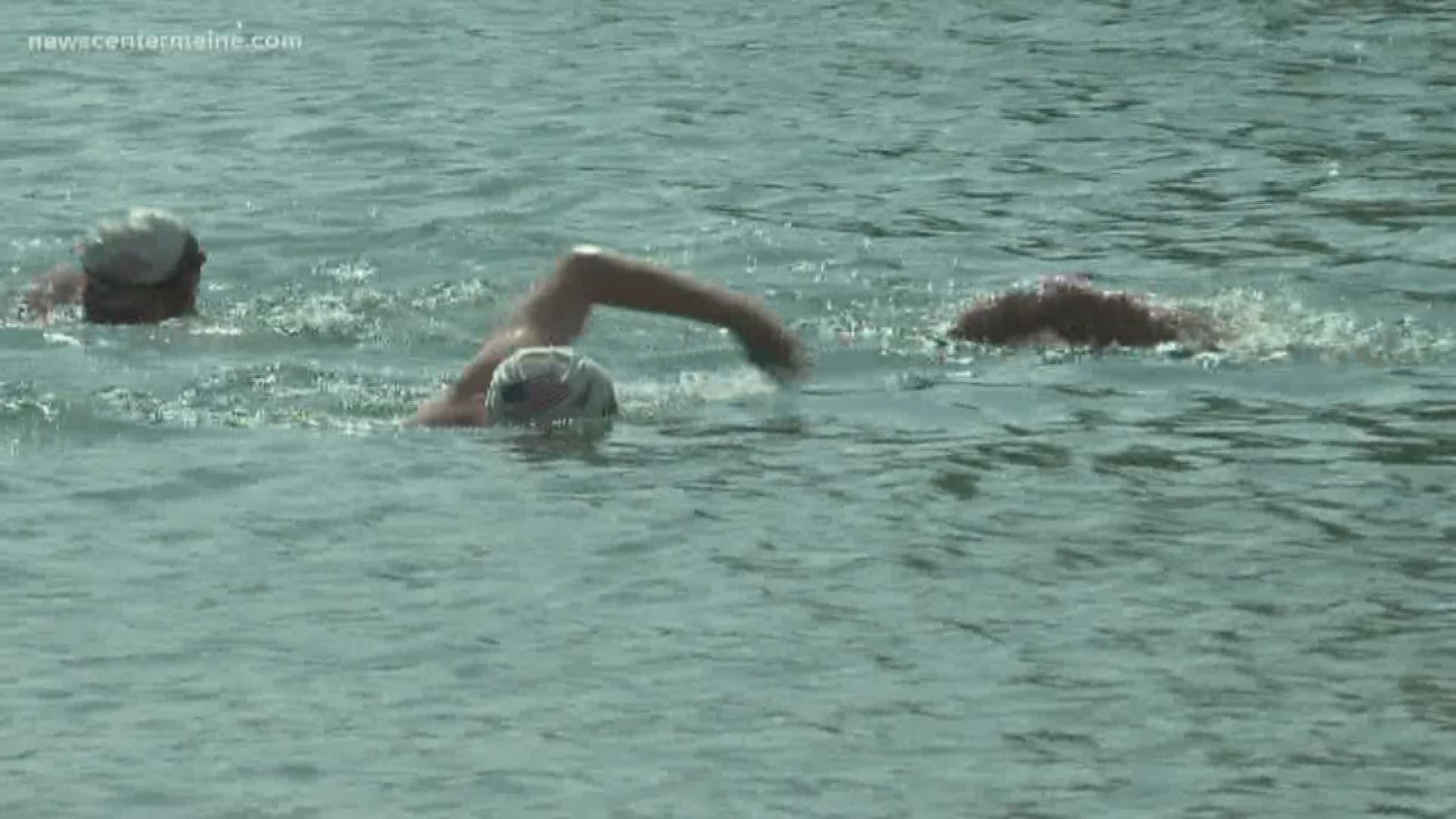 CASCO, Maine — It has been five years since a Navy SEAL asked himself if anyone had ever tried to swim across Sebago Lake. Not knowing the answer, Mike Wisecup decided to try himself.

Wisecup isn't alone when he does the annual swim called Swim For Sunshine. Four other Navy SEALs joined him, starting on Long Lake in Bridgton and swimming to Sebago Lake in Casco. Sixteen miles that takes a tole on the body.

"It's overwhelming if you think about how far you have to go, so you just really focus on putting one arm in front of the other and eventually over the hours it builds up and you finish," Wisecup said.

Wisecup started the swim five years ago to raise money for Camp Sunshine. A place for kids with life-threatening illnesses to enjoy a week at camp and forget about their diagnoses. Anna Gould started Camp Sunshine in 1984. She knew it would make a difference, but she never anticipated support like the Swim For Sunshine.

"They are some of the most wonderful human beings on the planet," said Gould, about the SEALs. "The fact that they are the ones that keep us safe and keep this country safe, but yet they still want to do more."

It took nine hours for the SEALs to finish their swim. They have raised around $500,000 in five years to send military families and their ill children to camp. A giant mission accomplished.

"Creates some harmony there where we can show the families that you just don't quit and we have a lot in common with them for that reason and why this marriage has been so great for the last five years," Wisecup said.

Camp Sunshine has 28 sessions each summer. According to Gould, several military families attend each of those sessions free of charge because of the money raised by Swim For Sunshine.