Ahmed Abbas came to the United States from Iraq in 2012. The refugee now owns Ameera Bread in Portland and was recognized with a 2019 Small Business Award. 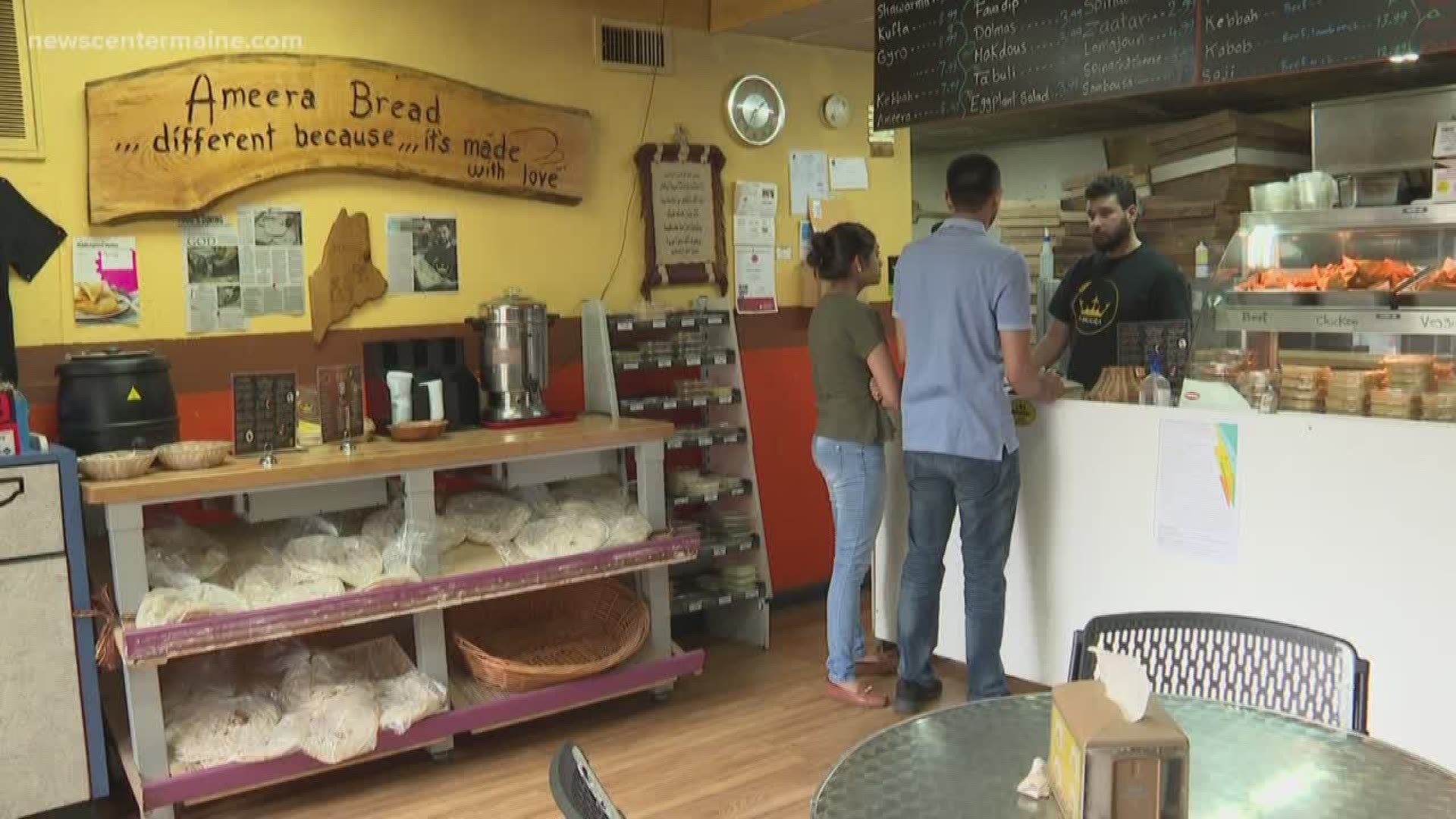 PORTLAND, Maine — Moving to a new place where you don't speak the language and you don't have a job lined up is scary. That was the case for Ahmed Abbas in 2012.

Abbas moved to Maine from Iraq to escape war. It wasn't easy being a refugee in a new country. He tried to get a job as an engineer, which he had experience as in Iraq, but had no luck finding employment.

"The language, that's the biggest barrier maybe," Abbas said. "Then the environment, the weather, the culture. Almost everything, even the financial."

He did find a job at a Portland restaurant owned by another Iraqi. After working for a year, Abbas had the opportunity to buy the business. It's now called Ameera Bread where customers stop and stop often.

"I'm proud of my customers to be honest with you," Abbas said. "My customers love Ameera Bread and they love our food and they always give us support. They always, like morally, financially they've given us support."

Ameera Bread has expanded to new grocery customers and even opened a second location in Portland's Monument Square.

Abbas doesn't look for recognition, but he got it this year: Ameera Bread received a 2019 Small Business Award. The winner's advice to new Mainers looking for the same success is something we should all write down.

"Don't lose hope, be patient," Abbas said. "If you are gifted and nobody knows about your gift, or your skill nobody will hire you, so you have to be patient. Keep looking for work and looking for good opportunity and with a little bit of good luck you are going to find your way here in Maine."

Ameera Bread is open every day of the week at their Forest Avenue location in Portland from 9 a.m. to 8 p.m.