A Maine business formed over a glass of Scotch

Two brothers wanted to preserve the past, so they started up a company that builds forestry axes, the way they were made years ago. The final product is made entirely in Maine, with Maine materials. Each axe leaves Brant and Cochran hand-marked, and carrying a piece of history. 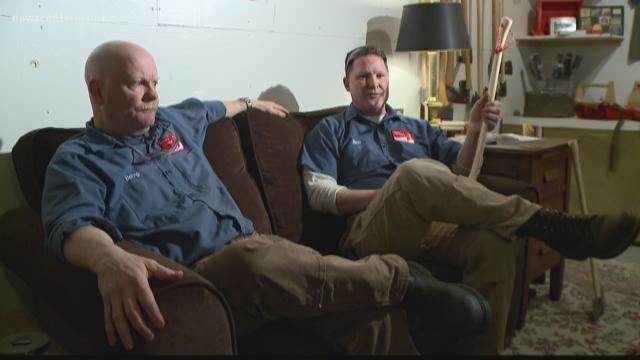 SOUTH PORTLAND (NEWS CENTER Maine) -- Brant & Cochran was created a few years ago by Steve Ferguson and his brother, Mark, out of what they considered necessity.

"I went to buy an axe for my godson who was going off to forestry school," said Steve. "I tried to buy an axe that I thought was made in Maine but it wasn't, so I bought an axe from Sweden."

"We'd be up late at night telling stories and lies and we said, 'Why don't we start an axe company?'"

Mark is an attorney. Steve is a school psychologist. Both had full-time jobs, but were looking for something more. So the research began, and they brought in an old friend, Barry Worthing, to help.

"I had been an emergency department nurse for 25 years and I was looking for a distraction," said Barry. "Something to focus on."

A few years in, these guys are continuing to learn. They've brought in two blacksmiths to help them forge the steel, while they form the handles. They're following the designs that are original to Maine, working to keep an old tradition alive.