Identity theft: protecting yourself before and after it happens

Brenda Pollock is a financial counselor; even she fell victim to identity theft. Here's her advice. 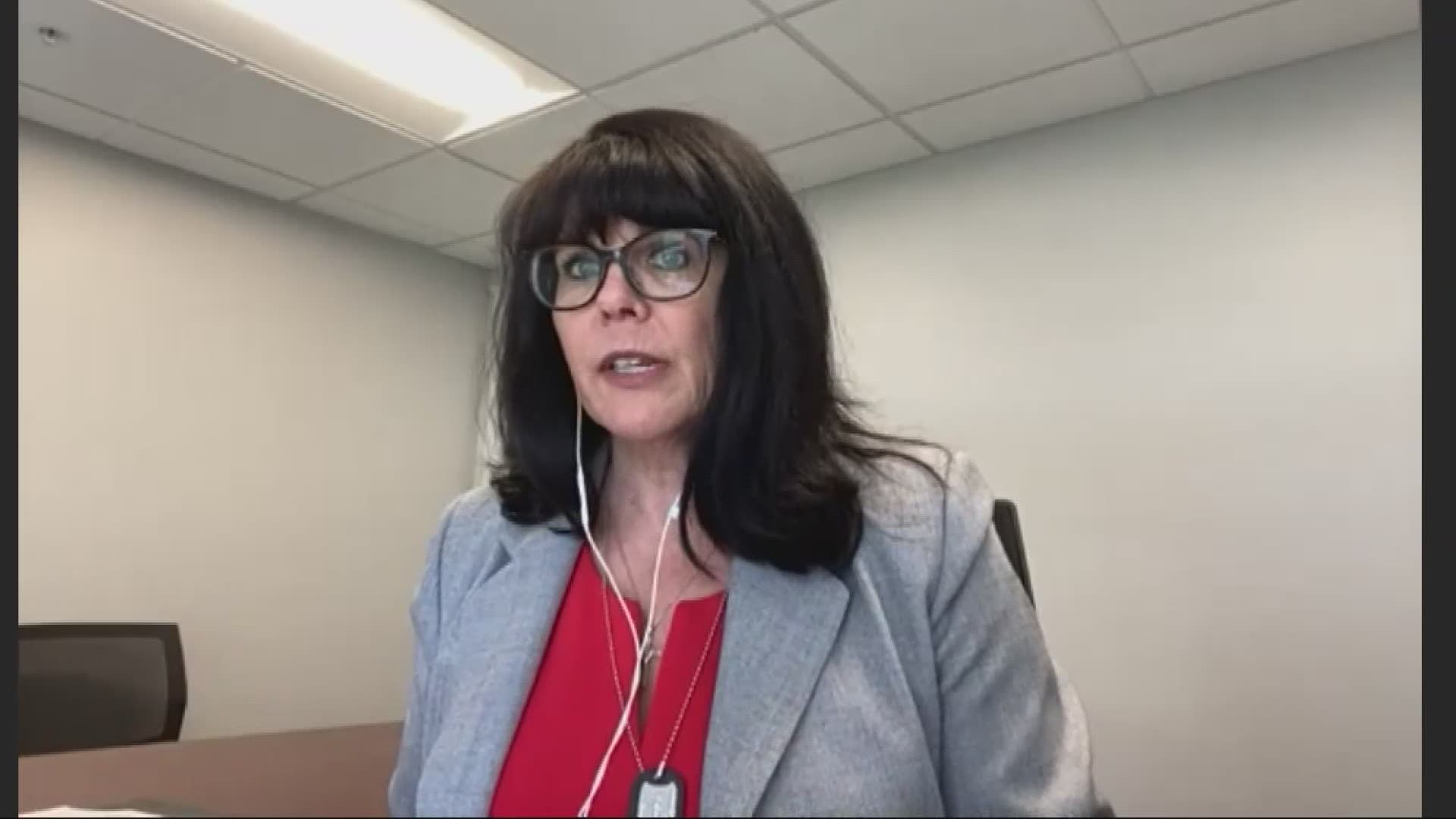 PORTLAND, Maine — Brenda Pollock is a financial counselor with Evergreen Credit Union. She teaches classes on protecting identity; but she too fell victim to identity theft. Pollock learned in June that someone had applied with the Maine Department of Labor for Unemployment Benefits using her name.

When and how did you discover this?

I learned in an email from my employer that scammers, using my name, address, date of birth and social security number, applied for unemployment benefits.

What are some of the effects of identity theft?

When someone commits identity theft, they literally assume your identity. They can then do any number of things in your name, including opening new credit accounts, filing a fraudulent tax return, committing other forms of fraud and more.

Damaged credit: If an identity thief steals your Social Security number (SSN), opens new accounts in your name and never pays, it could ruin your credit history.

Tax debt: It's also possible for a fraudster to file a return in your name, submitting erroneous information to get a refund and leaving you to deal with the aftermath.

A criminal record: If someone uses your identity to commit other crimes and gives your information to police when they get arrested, you could be the one to end up with the rap sheet.

Lost time and money: It can take years to recover from identity theft, and you may lose money in the form of expenses incurred by the identity thief, time off work and more.

Maine's unemployment system has been hampered by technological problems, a staffing shortage, fraud and other issues. As a result, thousands of people have had difficulty getting benefits and can't pay their bills. Special report by @randybillings. https://t.co/0nqXcciANE

So, you find out your identity has been stolen; what did you do?

One day, I received a letter in the mail that, to me, was an obvious fraud. The letter was asking me to send in two forms of government issued photo identification.

The logos at the top of the letter were pixelated. It appeared the scammers went to the Department’s website and copied their logo. That’s when I took action to protect myself and my family.

If someone believes their identity has been stolen what are the first things they should do?

You can either FREEZE or put a FRAUD ALERT with all three bureaus; Equifax, TransUnion; and Experian. When you freeze your credit reports, most companies are blocked from viewing them until you release the freeze.

A fraud alert can make it harder for an identity thief to open more accounts in your name. With an alert, if you apply for a new account, you will need to prove your identity. This stays on your report for one year. Mark your calendar and renew it every year.

Is that enough to protect you from identity theft?

No. Regrettably it can't protect you from having your identity stolen. A credit freeze has never prevented identity theft. Its purpose is to prevent use of your stolen identity to commit fraud against you.

I reported the identity theft online with the Maine Department of Labor, The Maine Attorney General’s Office, Maine Government State office and also at Report@identitytheft.gov.

I also signed up for a credit monitoring monthly service during this process. I keep all my files together, will be diligent and monitor my accounts regularly.

1 in 10 people are victims of Identity Theft. Here are some things people can do to protect themselves:

•    Place a fraud alert on with all three credit bureaus

•    Avoid giving out personal information to just anyone

•    Keep an eye on your online financial accounts

•    Get help: Taking down a criminal on your own may sound Hollywood-esque, but you're better off enlisting the help of people who have the right tools. For starters, report the crime to local law enforcement, the Consumer Financial Protection Bureau and the Federal Trade Commission. Also, request assistance through Experian, one of the other credit reporting agencies (Equifax or TransUnion), or an identity theft protection service.

•    Add a fraud alert or freeze your credit reports: You may be able to stop an identity thief in their tracks by restricting their ability to use your SSN to open new credit accounts. With a fraud alert, creditors will typically flag any application with your SSN and call a number you provide in the alert to verify your identity. A credit freeze, on the other hand, stops all creditors from being able to view your credit reports entirely.

•    Don't let up: Reporting identity theft is just the first step of the process. As you work with creditors, the police and credit reporting agencies, it's critical that you be your best advocate and stay on top of the process until it's resolved.

RELATED: What to consider before refinancing your mortgage