The horse named for a fallen Maine sheriff's deputy raced for the first time at the Skowhegan Fairgrounds Sunday. 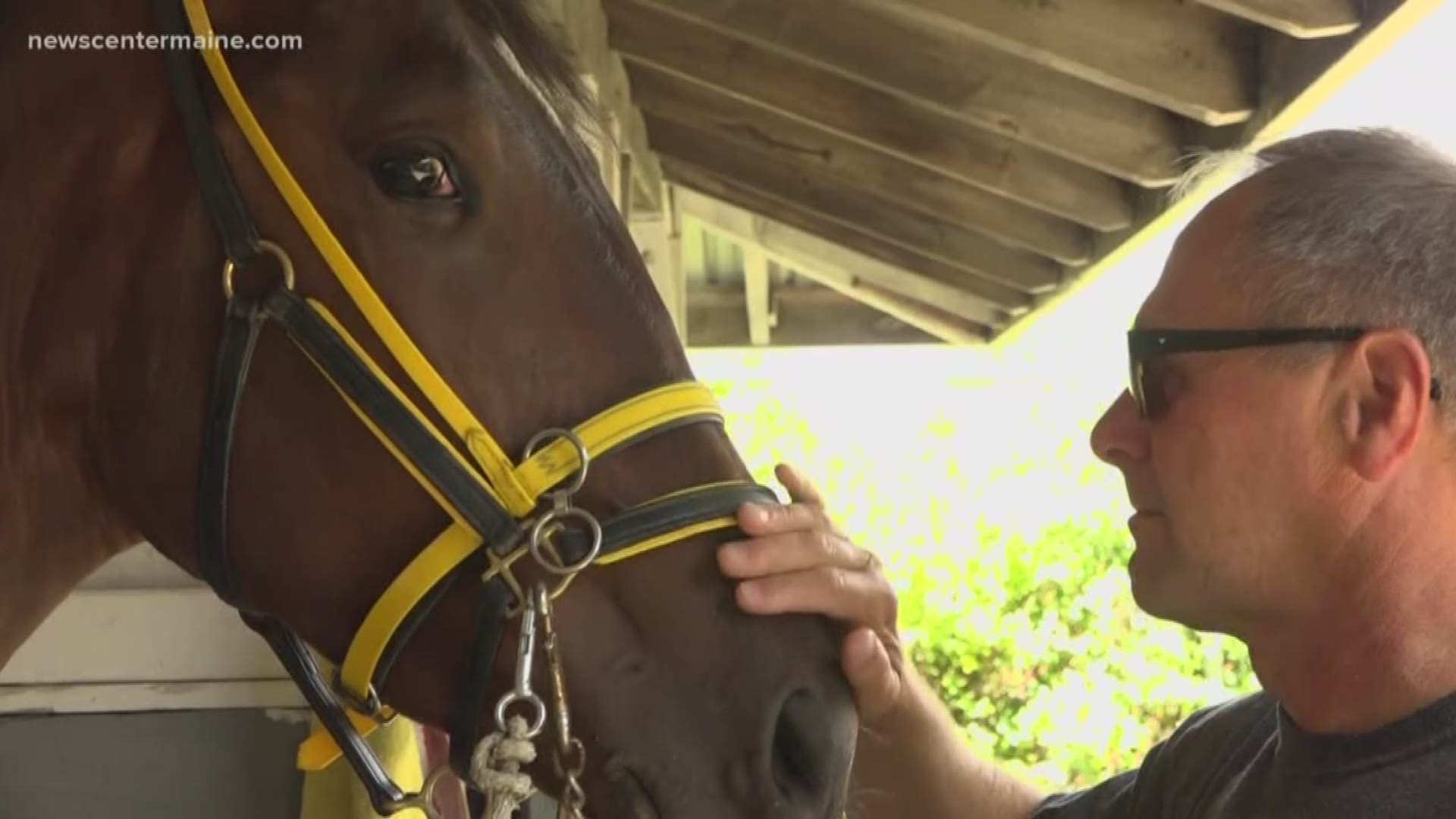 SKOWHEGAN, Maine — They’re off to the races Sunday at the Skowhegan Fairgrounds!

All eyes were on one horse in particular, though, competing for the first time this year with a very special name.

Cpl. Cole the horse is named after Cpl. Eugene Cole, a Somerset County Sheriff’s deputy who died in the line of duty on April 25, 2018.

The horse’s owner, Mike Cushing, bought the two-year-old colt last year. Cushing said he hoped his horse would live up to its name when Cpl. Cole put its hooves on the track Sunday around 2:15 p.m.

“If all goes perfect, we’ll get him to the races and he’ll make it in time for Skowhegan Fair so the Cole family can maybe be part of it," Cushing said, "his death, his service and everything captured the whole community."

Cpl. Cole certainly did live up to the name on Sunday, placing fourth in his first race.

“He had a job to do. It was our job but get to the races, get there for Skowhegan, be here on time, and serve the community, well, Eugene Cole did that," Cushing said.