'I'll keep riding until I find her. I won’t stop' | Texas grandmother on a mission to bring granddaughter home

Sherri Murphy believes her 14-year-old granddaughter could be a victim of sex trafficking and she fears for her safety. 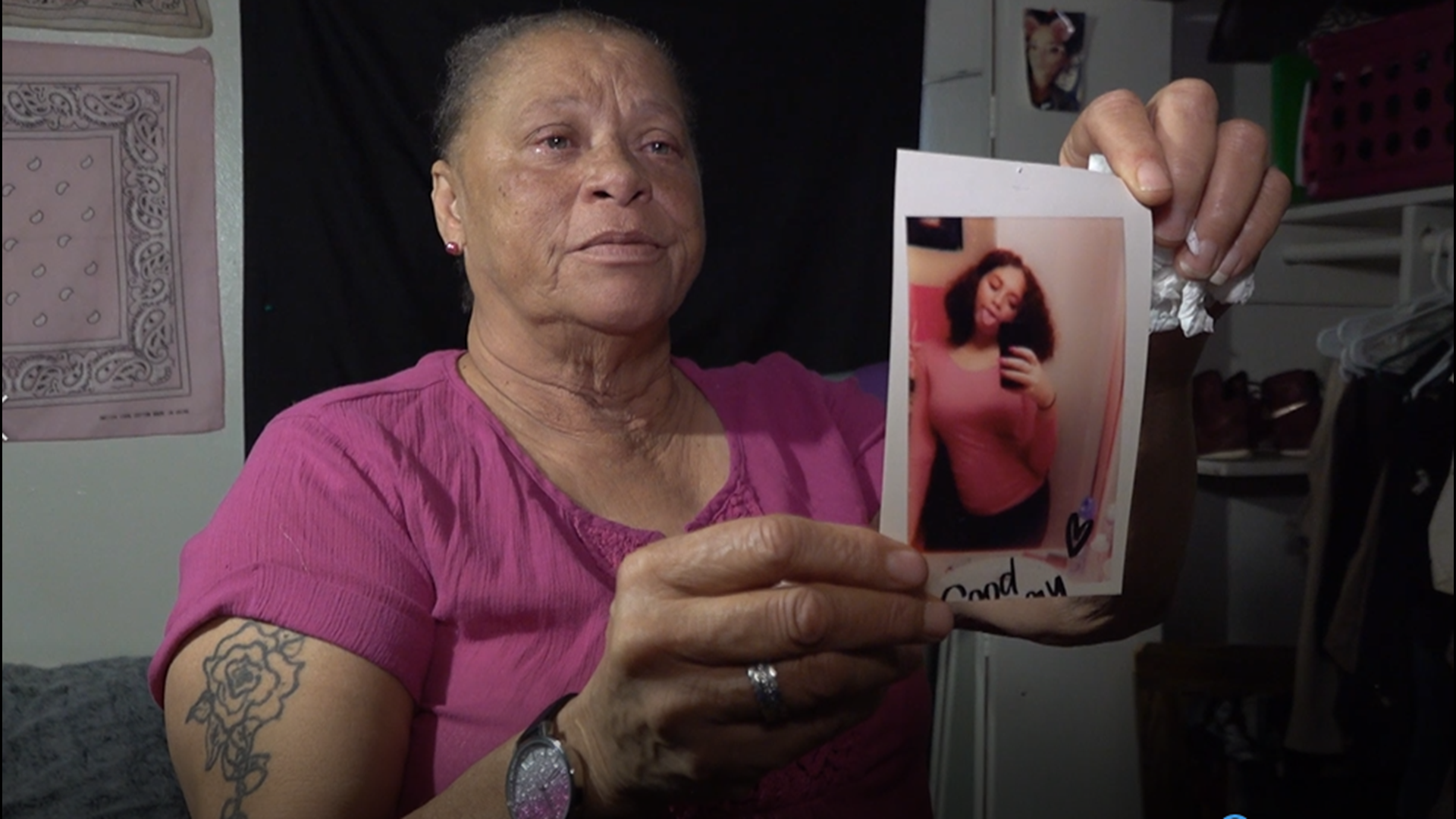 KILLEEN, Texas — A worried Killeen grandmother is on a mission to bring her missing 14-year-old granddaughter back home.

She believes the teen could be a victim of sex trafficking and she fears for her safety.

Killeen police reported that Sherri Barnes as a missing person in November and then again in December.

Her grandmother, Sherri Murphy, said since then, she has had some contact with Barnes but said there are signs that suggest she's in danger.

RELATED: Woman who says she was sex-trafficked at age of 4 sues hotel chains

Barnes' mother had a few run-ins with the law, so Murphy has raised her granddaughter since birth.

"I think Sherri is being trafficked,” Murphy said. “When she was missing and did come back, she hasn’t been the same. She lost so much weight."

Murphy said her granddaughter has been seen with men in their late 20s to early 30s.

She said she called police, but there are times she plays detective to try to find Barnes herself.

RELATED: Mother: I lost my daughter to human trafficking in Bell County

"People in the street-- drug addicts, crack heads-- tell me they saw her and I go where they tell me they saw her,” Murphy said. “People say, 'You don’t need to go there.' I tell you, I’m not scared. I’m hurt. That’s two different things. I just want my grandbaby home."

Misty Biddick, executive director of Aware Central Texas, said if you think your loved one is involved in something like this, it is best to let law enforcement handle it.

"You don’t want to put yourself in jeopardy," Biddick said. "As adults, we want to do the right thing. We want to reach out to individuals who are trained for this."

Biddick said sometimes for teens, behavior can change when they're around new friends and experience drastic or traumatic changes in their lives.

"Maybe going and staying past curfew, things of that nature. Things that are not normally what their normal personality is," Biddick said.

Murphy said she can’t sleep at night and will not stop searching until Barnes is home safe.

"I'll keep riding until I find her. I won’t stop," Murphy said.