The researchers found 88% completed the series, and another 9% did not but still had time to complete the series within the six weeks that CDC officials recommend. 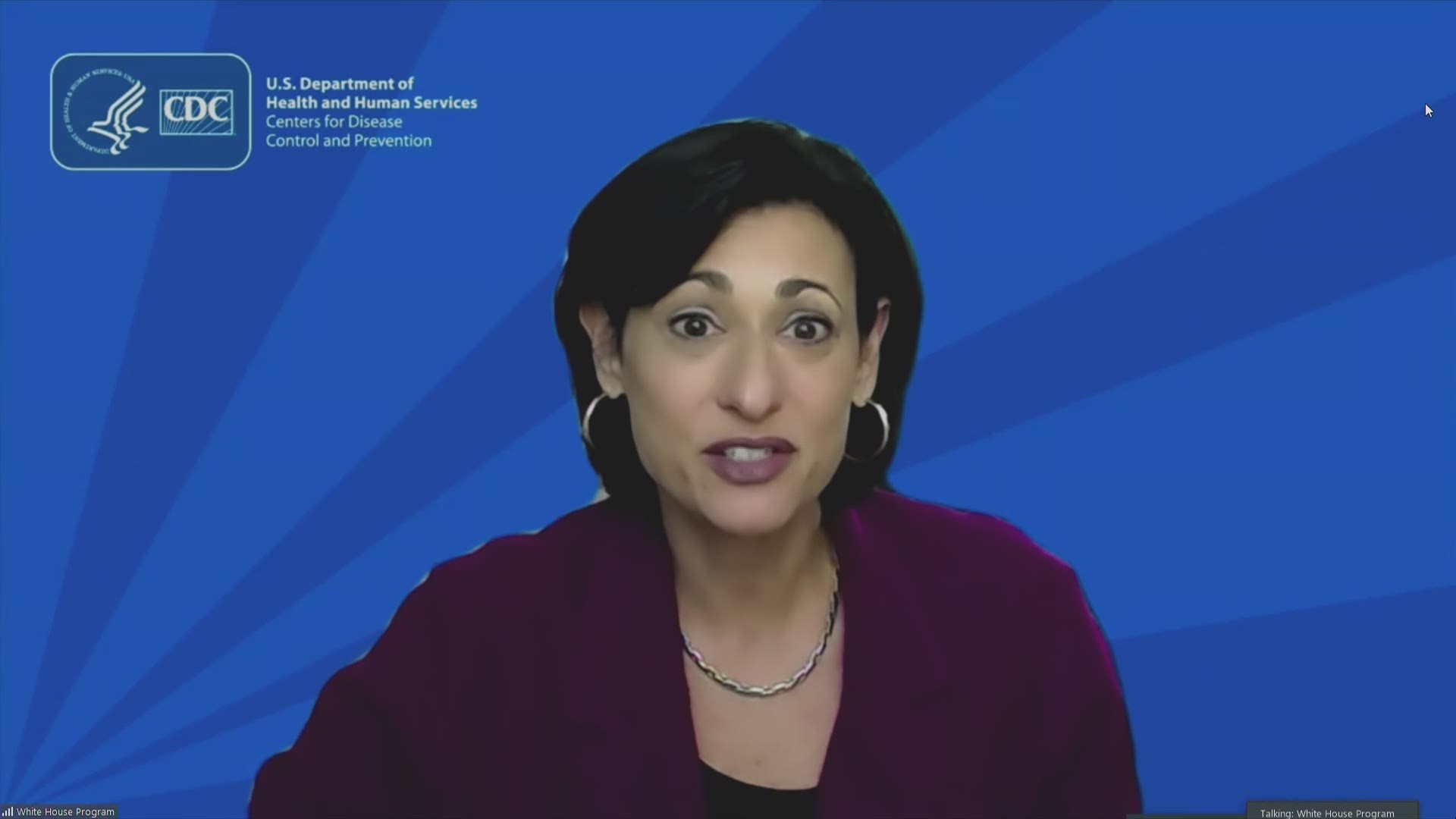 WASHINGTON — About nine out of 10 people who got the first shot of a coronavirus vaccine got the second in the two-dose series, according to the first federal study to look at how many are people are completing the series.

The Centers for Disease Control and Prevention on Monday released results of a study of 12.5 million people who received the first vaccine dose and for whom sufficient time elapsed to get the second. The study focused on the period from December 14 to February 14.

“This is good news. We think these findings are really encouraging. The fact that most people are completing the two-dose series to be fully vaccinated shows the system’s working,” said Robin Toblin of the CDC, one of the study’s authors.

RELATED: Fauci: Trump should urge his followers to get vaccinated

The study did not explore why some people did not complete the series.

Researchers found completion rates varied from state to state. It was as low as 75% in Utah and as high as 96% in West Virginia.

There may be different reasons for state differences, including winter weather that could have delayed vaccine deliveries and caused the cancellation of vaccination clinics, Toblin said.

Among those at the briefing included Director of the National Institute of Allergy and Infectious Dr. Anthony Fauci, Director of the Centers for Disease Control and Prevention Dr. Rochelle Walensky and Andy Slavitt, White House Senior Advisor for COVID-19 Response.

RELATED: Why countries are halting the AstraZeneca shot

The number of vaccine doses distributed and administered each day in the U.S. is rising, with more than 2.5 million daily shots in arms on average in the last week.

About 1 in 5 Americans have received at least one dose, with about 1 in 9 fully vaccinated, according to the Centers for Disease Control and Prevention.

On Friday, the Biden administration expanded the pool of health care personnel who are eligible to administer COVID-19 vaccinations. The move came after President Joe Biden announced Thursday night he will direct states to open up their vaccine supply to all adult Americans by May 1.

Last week the Department of Health and Human Services also launched a new online portal for vaccinators to check their eligibility status and to volunteer in their state.

The coronavirus is blamed for over 534,000 deaths in the United States. Deaths and newly confirmed infections per day have tumbled over the past two months. But cases are running at a still-troubling average of about 55,000 a day.

RELATED: Fauci: Trump should urge his followers to get vaccinated

RELATED: President Biden's homes offer respite from 'gilded cage' at White House, he has only visited one since taking office