The 'Veazie Vikings' team won the highest-scoring robot in the performance category and the best innovation project design for the "Veazie Moves" app they created. 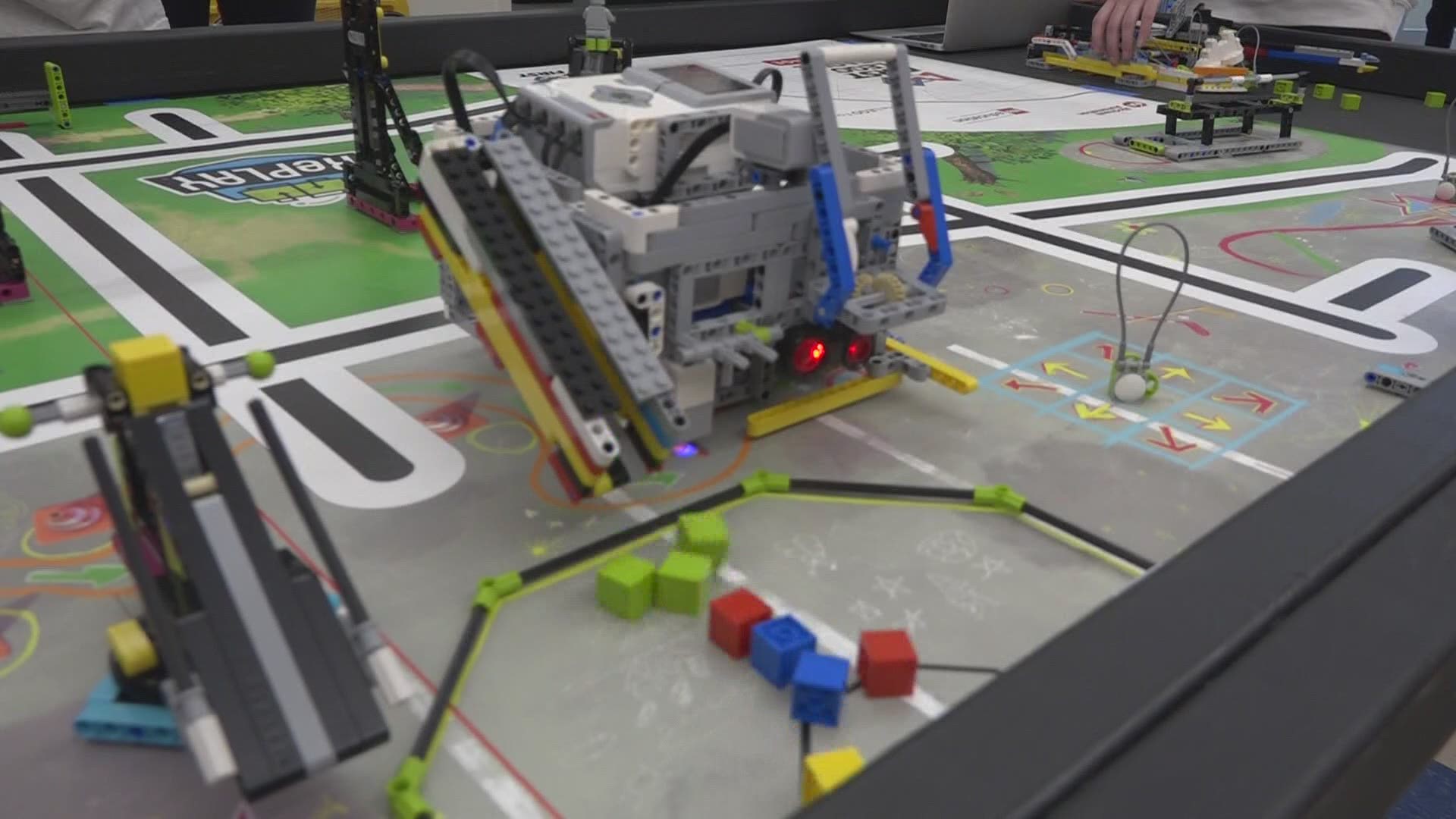 VEAZIE, Maine — The robotics team at Veazie Community School took not one, but two wins home after winning the Global Innovation Award and having the highest scoring robot at this year's First LEGO League State Competition.

Its team members range from 6th to 8th graders. The students have stayed many after-school evenings for the last few months designing, building, and programming their robot made to compete at this year's Maine Global Innovation Award.

The competition took place last weekend. While it was held virtually this year, it typically takes place at the Augusta Civic Center.

The 'Veazie Vikings' robot scored the most points, 455, making it the highest-scoring robot of the competition.

"The theme this year was exercise so, getting people active, and it's been really difficult for people to do that in covid times cause you are stuck inside and we hope that our app can help people with that," said student Lana Freiss.

The "Veazie Moves" app is not yet available for public use. All of the students who created it are under 18, and therefore there are certain restrictions for publishing an app. However, now that it's ready for use, they hope to find a way to get it out to the public.

Veazie Community School's robotics team coach Brian Gonyar says it wasn't an overnight success. He says their victory is a product of numerous after-school practices, virtual meetings, and this year creating videos of the robot and app's functioning to later submit for virtual review.

"It's the best robot we've ever had!" said Gonyar. "Perseverance would probably be the biggest thing, it's a toy and it doesn't always work the way you wanted it to."