'Anything is possible and he made that very clear': Maine students left inspired following virtual discussion with Obama 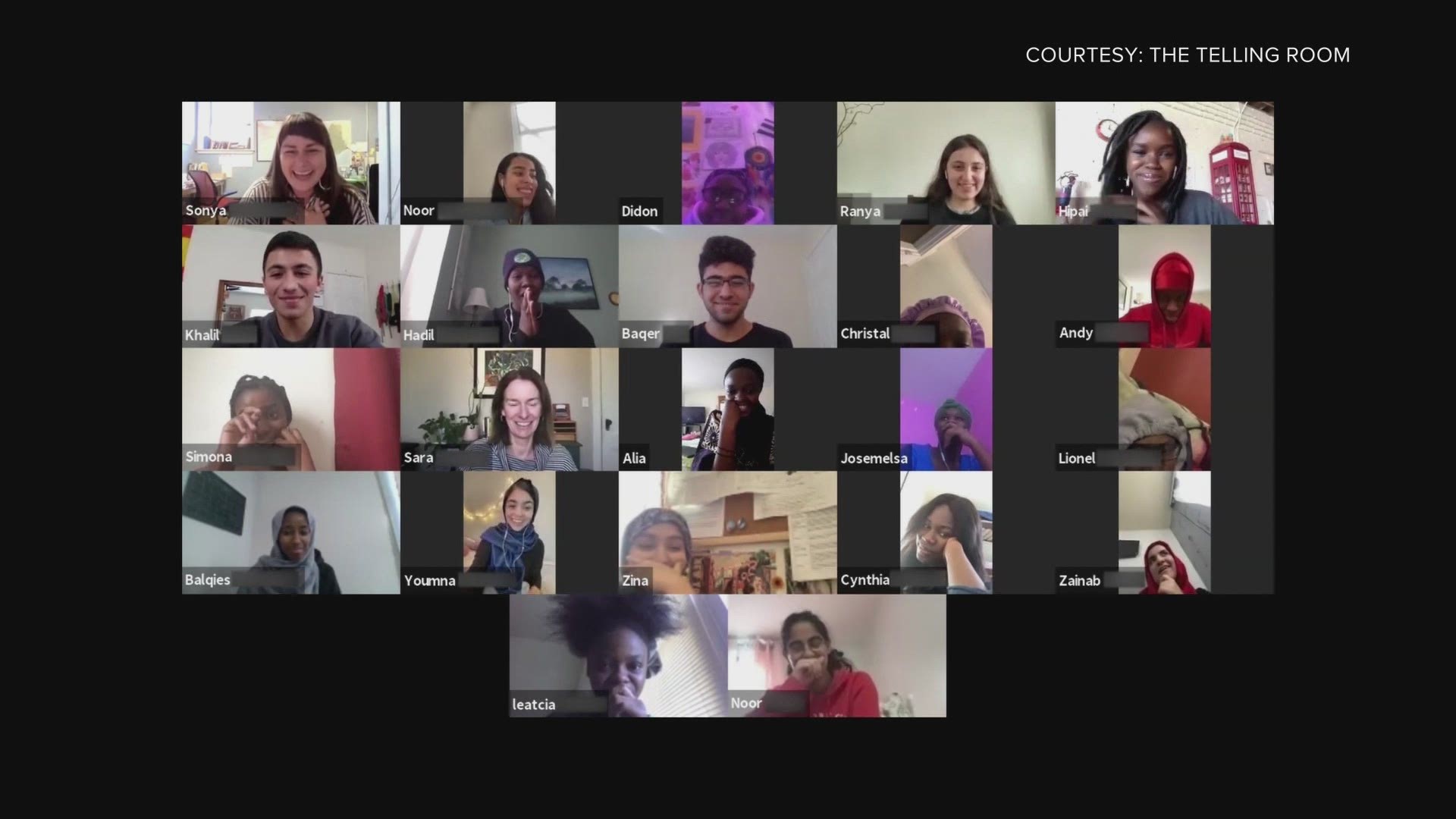 PORTLAND, Maine — Former President Barack Obama said he wrote his memoir, “A Promised Land,” in part to hope to reach young people—who he called “the unique voices of a new generation, energized and unafraid to dream big.”

The 44th President reached people just like that on Tuesday during a virtual conversation with 26 Maine students, leaving them “astonished” and “inspired,” The Telling Room said.

The Maine-based literary arts education non-profit, which has a mission to “empower youth through writing and share their voices with the world,” gave the group’s Young Writers & Leaders (YWL) program the unique opportunity to hear directly from Obama about his memoir and hear his insights about writing and experiences growing up between cultures.

Ahead of his visit, Crown Publishing sent a free copy of "A Promised Land" to every student enrolled in the Telling Room YWL program and made the audiobook available as well.

The Telling Room said the conversation was arranged as part of Obama’s ongoing virtual book tour, with video clips released in partnership with NowThis, the online video news outlet.

The YWL students on the call represented seven high schools in the Greater Portland area, as well as 11 different nations, including Angola, Burundi, Congo, Ethiopia, Gabon, Iraq, Jordan, Kurdistan, Rwanda, Somalia, and Sudan, The Learning Room said in a release.

“The students had really great questions for him,” Hipai Pamba, one of YWL’s two co-teachers and herself an alumna of the program, said, saying that Obama—who was born in Hawaii, had a Kenyan father, and spent part of his childhood in Indonesia—spoke about the value of knowing different cultures. “He specifically encouraged students to embrace all the different parts of their identities—and not to box themselves in by picking just one. He said that it makes you a better writer to have all those experiences to draw from.”

I felt inspired and hopeful after speaking with students in @TheTellingRoom’s Young Writers & Leaders program. I wrote #APromisedLand in part because I hoped to reach young people like those in this group—the unique voices of a new generation, energized and unafraid to dream big. https://t.co/LP1Ri8Epva

One student spoke about her own bicultural experiences, being from Iraq but growing up in America, and asked Obama if he ever still feels conflicted or confused about his identity, being from so many different places culturally.

Obama confessed that he doesn’t feel that way so much anymore, compared to when he did when he was her age.

“Learning to understand that having all these different strands of humanity to draw on is a strength,” Obama said. “It’s also what’s gonna make you even better writers.”

“This is just another person. He was in our shoes at one time. Your path isn’t always clear, and look at him, he became president, and he’s here talking to us,” Waynflete senior Khalil Kilani said in a release after the talk. “It gave me inspiration. I’m not sure what I want to be when I grow up, but anything is possible and he made that very clear.”

Alia Usanase, a junior at Deering High School, is from Rwanda and spoke about her struggle to see beauty in her own writings. She asked if he always likes everything he writes, Obama chuckled and said “No!”

“Most of the time I write something, I say, ‘This is stupid,’ or ‘This makes no sense.’ It is completely natural to not have confidence in what you write on any given day. But if inside all of that, there’s like one or two things that you go ‘Ah,’—you know? Then, you’re on your way.”

That resonated with Alia.

“I’m not in this alone,” she said following the conversation. “I’m going to get better with time. You just have to keep going.”

The Telling Room Executive Director Celine Kuhn noted that Obama’s visit “provided an energizing boost to students who normally would be meeting in person weekly but given the pandemic, have instead had to learn and form community remotely over Zoom.”

“That a world leader and a renowned author wanted to meet them and honor the work they’re doing as writers and leaders themselves was thrilling,” Kuhn said. “Their joy over this has been amazing to witness.”

We're always amazed by Telling Room students, but today we’re beaming about this powerful conversation between our Young Writers & Leaders and President @BarackObama. What an incredible opportunity to learn from a world leader and author! #apromisedland #writeshareinspire https://t.co/bvYqCLQ6EE