It took two and a half years for a bill to pass, banning conversion therapy for minors in Maine -- a political milestone for those celebrating Pride month in June. 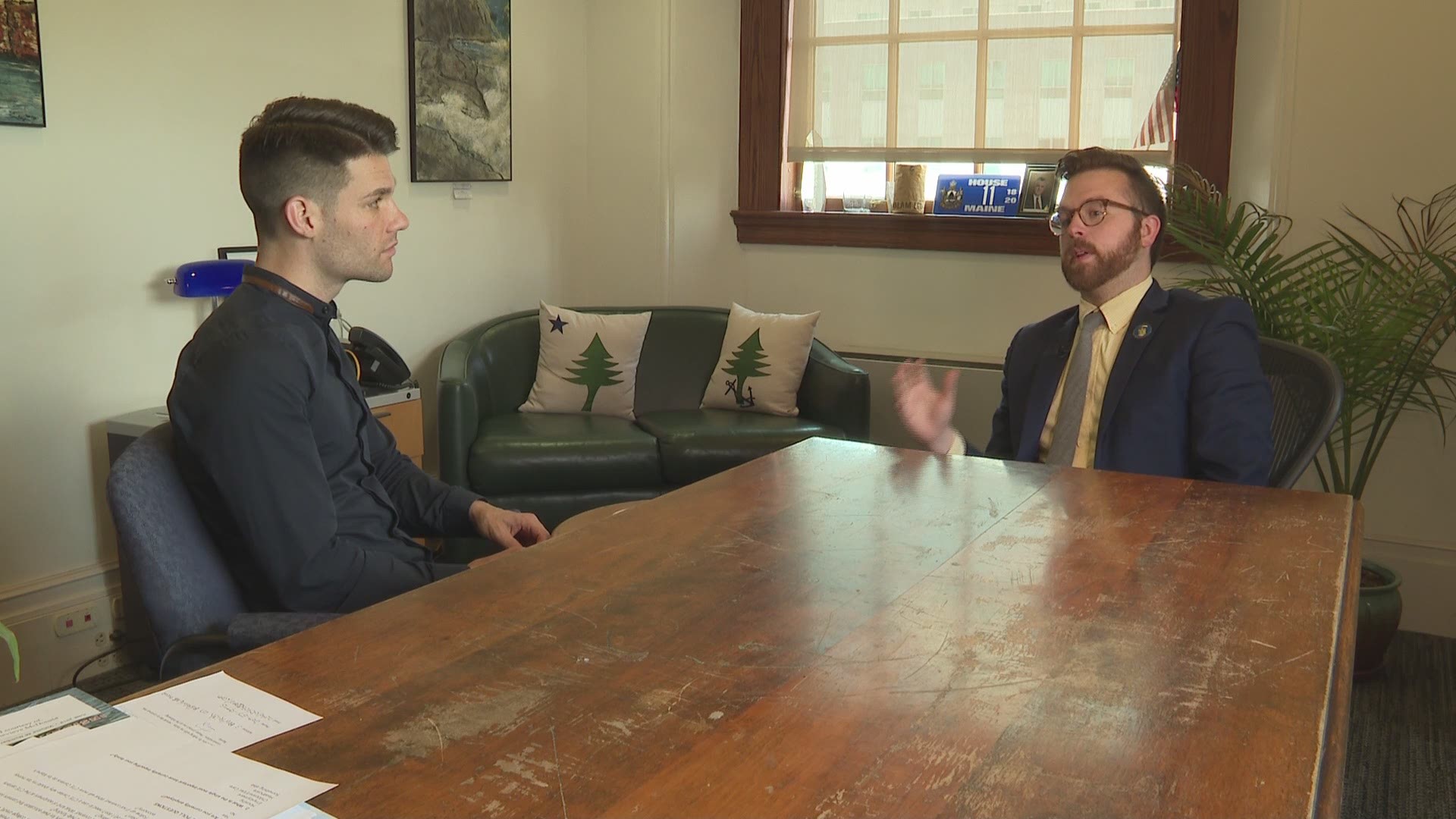 AUGUSTA, Maine — It's Pride month, and the biggest news story of the year for the LGBTQ community has been the Maine state government passing a bill to ban conversion therapy.

When Rep. Ryan Fecteau looks back on his impact as a member of the Maine House of Representatives, sponsoring the bill to ban conversion therapy will be on the list.

A version of his bill was written in 2017 and given the 'OK' by the Legislature, but it was vetoed by then Gov. Paul LePage.

Not the case for Gov. Janet Mills. After a vote this year from the Maine House and Senate, she signed the bill into law, making it illegal for counselors and therapists in Maine to attempt changing the sexual orientation or gender identity of minors.

"To have this conclusion to this chapter be such an awesome moment when a packed cabinet room with my colleagues standing behind me -- it was truly, truly amazing," said Rep. Fecteau.

No one from the Republican party wanted to talk on camera about the passing of the bill, but John Bott, Communications Director for the House Republican Office, sent this statement.

"It is notable there has not been one documented case of this ever happening in Maine. In order to create a national talking point, parental rights, religious freedoms, and first amendment rights were restricted," said Bott.

Michael McLellan, Policy Director for the Maine Christian Civic League, doesn't advocate for changing kids through conversion therapy but does believe they should have resources available.

"Maybe they go to church, they believe in the lord and they just don't feel good about where they are at, and they're asking for help," said McLellan.

There are church communities in Maine that consider themselves open and affirming to people who identify as LGBTQ. The St. Albans Episcopal Church in Cape Elizabeth is one of them.

Rev. Tim Boggs has been the director there for nine years.

"In 2015, our national church passed a resolution encouraging bans such as Maine has passed to stop this practice of taking children into some sort of, kind of, supposedly therapeutic setting -- that in fact, is not at all caring of their core identity," said Rev. Boggs.

The bill does not prohibit treatment of kids undergoing a gender transition.

"I think we've sent a very clear message to the public, especially LGBTQ youth, that the state stands up for them, and we're not going to let this happen," said Rep. Fecteau.