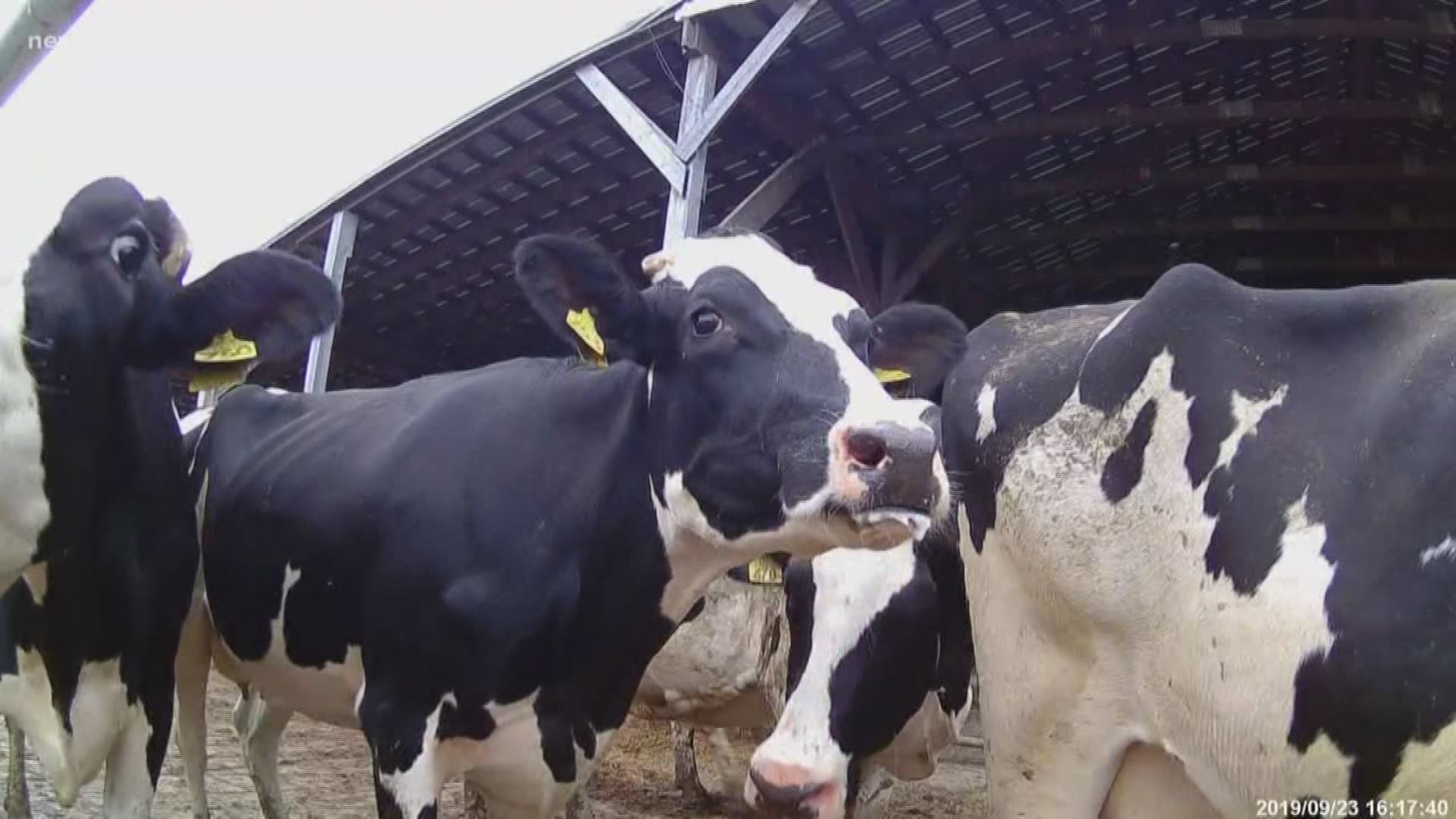 AUGUSTA, Maine — The Cole Farm in Sidney looks a world away from China, and doesn’t sell anything to that country. But that doesn’t make the farm immune to the ongoing U.S.-China trade battle.

Maine lobster dealers were among the first to feel the impact of the trade dispute, which has resulted in large tariffs being imposed on many U.S. food products exported to China. Maine blueberry growers, who had been exporting two million pounds of berries per year to China, have also been hit by large tariffs.

Add milk. Or, more specifically, those who produce milk. Dairy farmer Dale Cole says he and other milk producers in Maine are feeling the tariffs, even though they did not send any products to China.

"As our market comes under challenge, our price drops as overseas sales go down," Cole said.

In short, as explained by Nancy McGrady of Maine’s Bureau of Agriculture, Food and Rural Resources, it is basic supply and demand in the American dairy market, with farmers like Cole the victims.

"We aren’t exporting Maine milk," said McBrady, "but the milk that is exported from western and midwestern dairies that no longer goes to China, that means there’s more dairy here in the U.S., prices get depressed."

Apple growers have said they have a similar problem, as apples from Washington state and other west coast growers that used to go to China are now being sold on the U.S. market, driving down prices for growers across the country.

There appears to be little Maine farmers or state government can do about the trade fight. But Nancy McBrady of the Bureau of Agriculture, Food and Rural Resources says Maine consumers can help local producers by buying more Maine grown products.