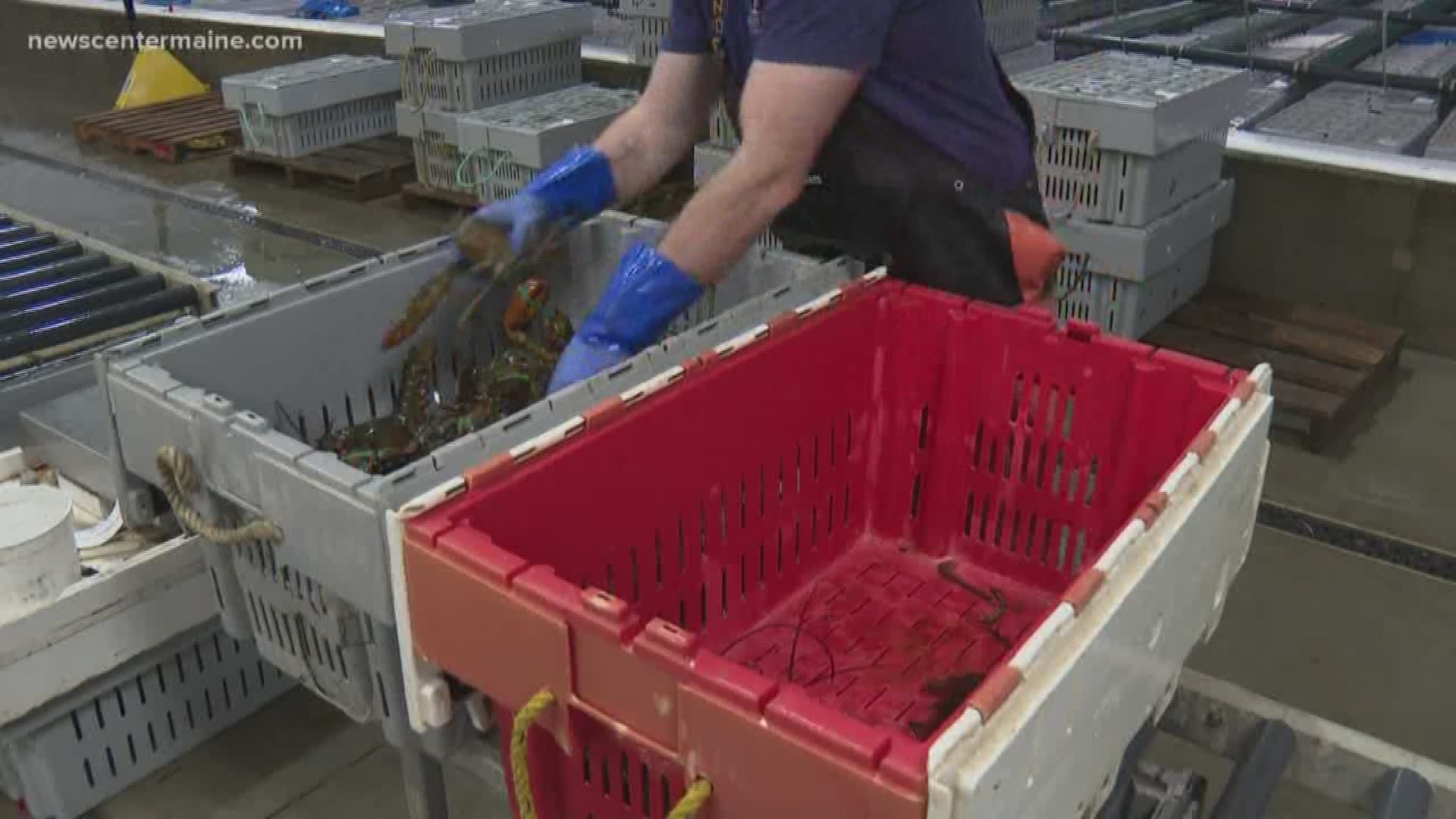 PORTLAND, Maine — It's been 11 months since the first round of Chinese tariffs were announced and the Maine International Trade Center now released tangible numbers on the impact.

President Wade Merritt says through the first quarter of the year Maine's exports to China were down 51% and that's not including Monday's announcement by China, retaliating with even more tariffs on 60 billion dollars worth of U.S. goods.

RELATED: Consumers could be collateral damage if US expands tariffs

NEWS CENTER spoke with Maine Coast, a lobster wholesaler in York. CEO Thomas Adams says they've seen revenue sink by about $10 million, forcing him and his staff to find customers in nearly 30 other countries just to make up the margins.

“We have lost about 80% of our mainland China sales," said Adams. "With a 25% punitive tariff, they just can’t afford to buy from American shippers. They are buying from our Canadian counterparts versus us.”

"The fact is that we live in a global economy," said Sen. Collins. "Now there is no doubt that China cheats, steals our intellectual property, and doesn’t play by the rules of international trade. And in that sense, I’m glad the president is taking a tough line and cracking down. We’ll see if it’s worth it by how China responds.”

Maine Coast says they have discussed their situation with members of Maine's delegation.

“They are sympathetic to what we are going through here but they can’t really offer and promises or any help which is a bit frustrating for us,” said Adams. “I think it’s really important that us as Maine businesses, as U.S. businesses, as exporters such as us, that we stay focused, believe in our industries, believe in our strengths and strive forward even through these tough times.”