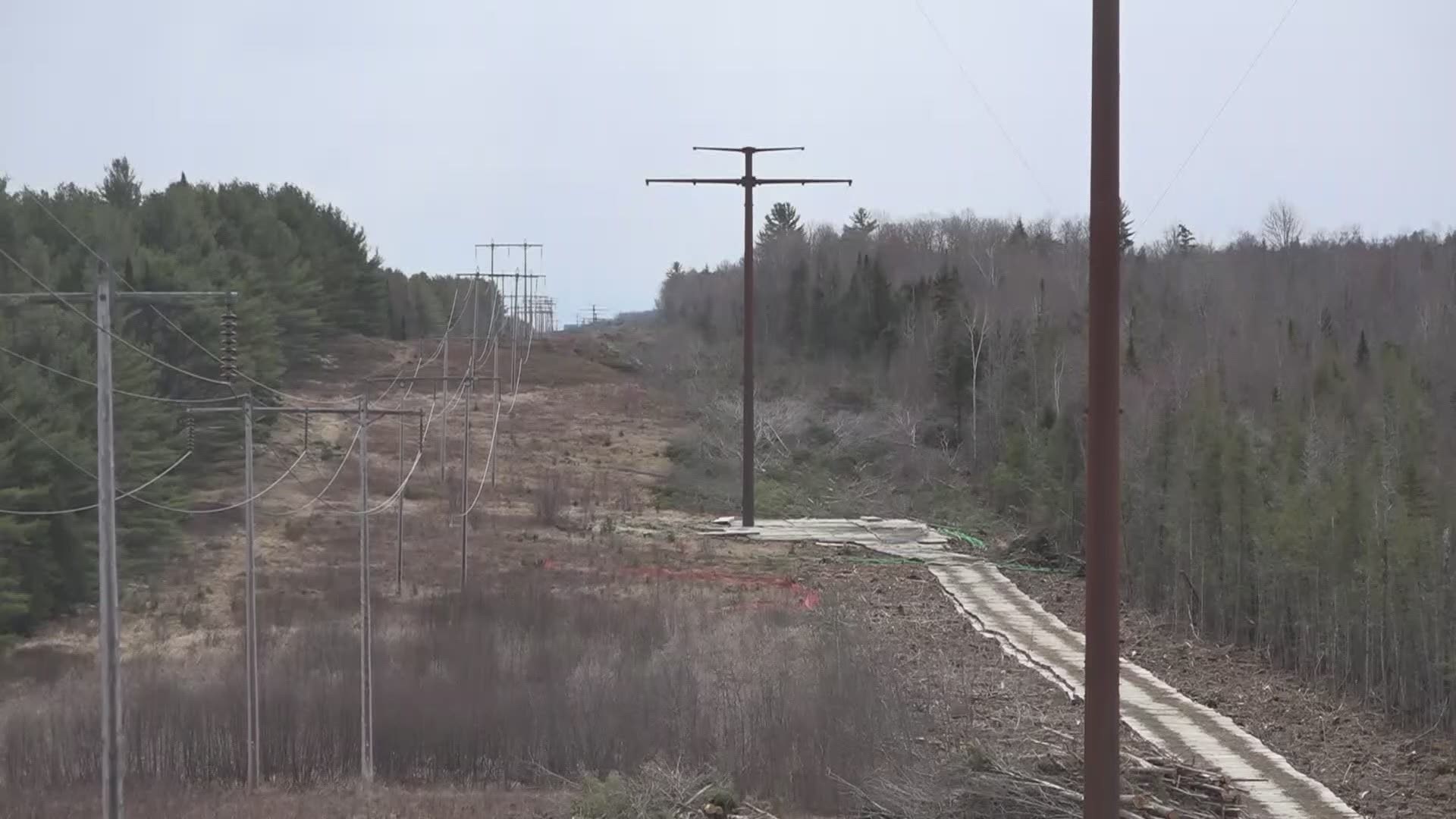 MAINE, USA — New England Clean Energy Connect (NECEC) can begin construction on the one segment of the power transmission line that doesn't run along the existing Central Maine Power (CMP) corridor. This comes after a federal judge lifted an injunction blocking construction on that segment Thursday.

The Natural Resources Council of Maine, along with Sierra Club and Appalachian Mountain Club sued to stop construction from the northern end of CMP's existing corridor at The Forks to the Canadian border claiming the US Army Corps of Engineers didn't perform a complete review on the environmental impact before issuing permits for construction.

A lower court judge ruled against an injunction, so the environmental groups appealed to a higher court. The first circuit court of appeals issued a temporary injunction while they reviewed the case, but Thursday, vacated the injunction, meaning construction can begin.

The transmission line will carry hydroelectric power from Quebec through Maine to the New England power grid in Massachusetts. Construction along the existing corridor, from The Forks to Lewiston, is already underway.

“The ruling by the First Circuit Court is a victory for Maine’s clean energy future,” Thorn Dickinson, president/CEO of NECEC LLC said in a statement to NEWS CENTER Maine on Thursday.

“The NECEC has met every benchmark in a rigorous, three-year permitting process, resulting in $300 million in contracts to Maine construction companies and nearly 80% of jobs going to Maine workers. The Clean Energy Corridor will eliminate over three million metric tons of dirty emission from the New England energy grid each year by replacing fossil fuels with clean hydropower, reducing pollution, and improving air quality in Maine for generations to come.”

Meanwhile, The Natural Resources Council of Maine spokesperson, Colin Durrant issued a statement saying, "We are very disappointed in the appeals court’s ruling on the preliminary injunction, but we will continue to pursue our case against the Army Corps and Department of Energy in federal district court for failing to comply with the National Environmental Policy Act."

Other groups that oppose the project, site insufficient compensation to the state by NECEC and have collected enough signatures to bring the issue to voters on the November ballot.

The project received support from the Maine AFL-CIO on Thursday.

“As the majority of the labor working on the New England Clean Energy Connect are Maine union workers, the project is incredibly pleased to have the support and endorsement of our country’s largest federation of unions, the AFL-CIO and its Maine affiliates,” Thorn Dickinson/President & CEO, NECEC Transmission said in a statement. “This project will employ 1,600 total workers annually while removing millions of metric tons of carbon from our atmosphere. We look forward to employing more Maine union members as construction expands while moving our state closer to its carbon emission goals.”

More on the CMP corridor: