A statewide referendum vote on the project is now set for November and has the potential to shut down the corridor work completely. 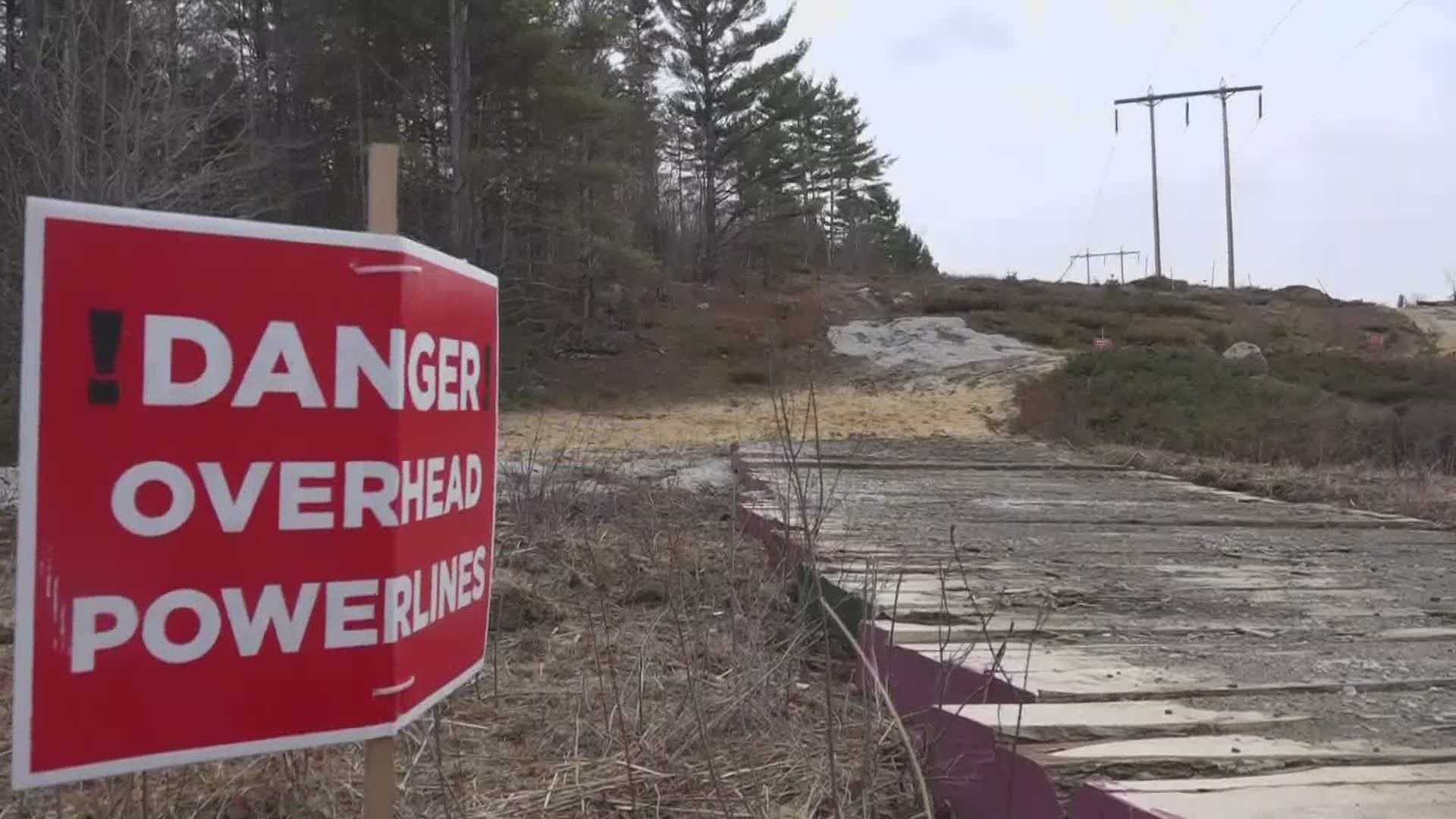 BINGHAM, Maine — In November, Mainers will have the final say on the controversial New England Clean Energy Connect corridor at the ballot box.

Despite not having that final stamp of approval, work has already begun on the project, which would bring hydropower from Canada, through Maine, and to the New England energy grid in Massachusetts.

Steel utility poles are already being erected in Concord Township, just outside of Bingham.

“We started about mid-January with the clearing process,” NECEC’s Director of Engineering and Construction, Adam Desrosiers, said. “Then, in mid-February, we started installing the structures that you see here.”

According to Desrosiers, 829 of the poles are set to be installed along an existing corridor between now and the Spring of 2023.

“You can see the clearing to the full width, the 75 feet that we're expanding in the existing pole located corridor,” said Desrosiers as he looked out over the worksite. “Down here you can see where the timber mats have been installed to protect the environment.”

A statewide referendum vote on the project is now set for November and has the potential to shut down the corridor work completely. Desrosiers’ crew, 80 percent of whom, he said, are Mainers will continue its work until told otherwise.

“I mean, they're all happy to have a job and be working while a lot of people are not right now,” Desrosiers said.

The folks at Valley View Pizza and Subs in Bingham are just as happy to have the business. Its owners Kathy and Allen Roderick opened the shop back in 2018.

Since then, business has been steady. More recently, the Roderick’s give partial credit to the foot traffic being generated in-town by the corridor project crews. The couple said they aren’t taking sides on the issue and they don’t care where their customers work; they’re just thankful for the business.

In fact, business has been so good, the pair were able to purchase the building next door and are expanding. They plan to keep serving up the same hot fresh, meals even but with more space to do it.

“We've been really fortunate, the community has been very good to us,” Kathy Roderick said.