Barbara Hinckley was tricked into giving a scammer $25,000. 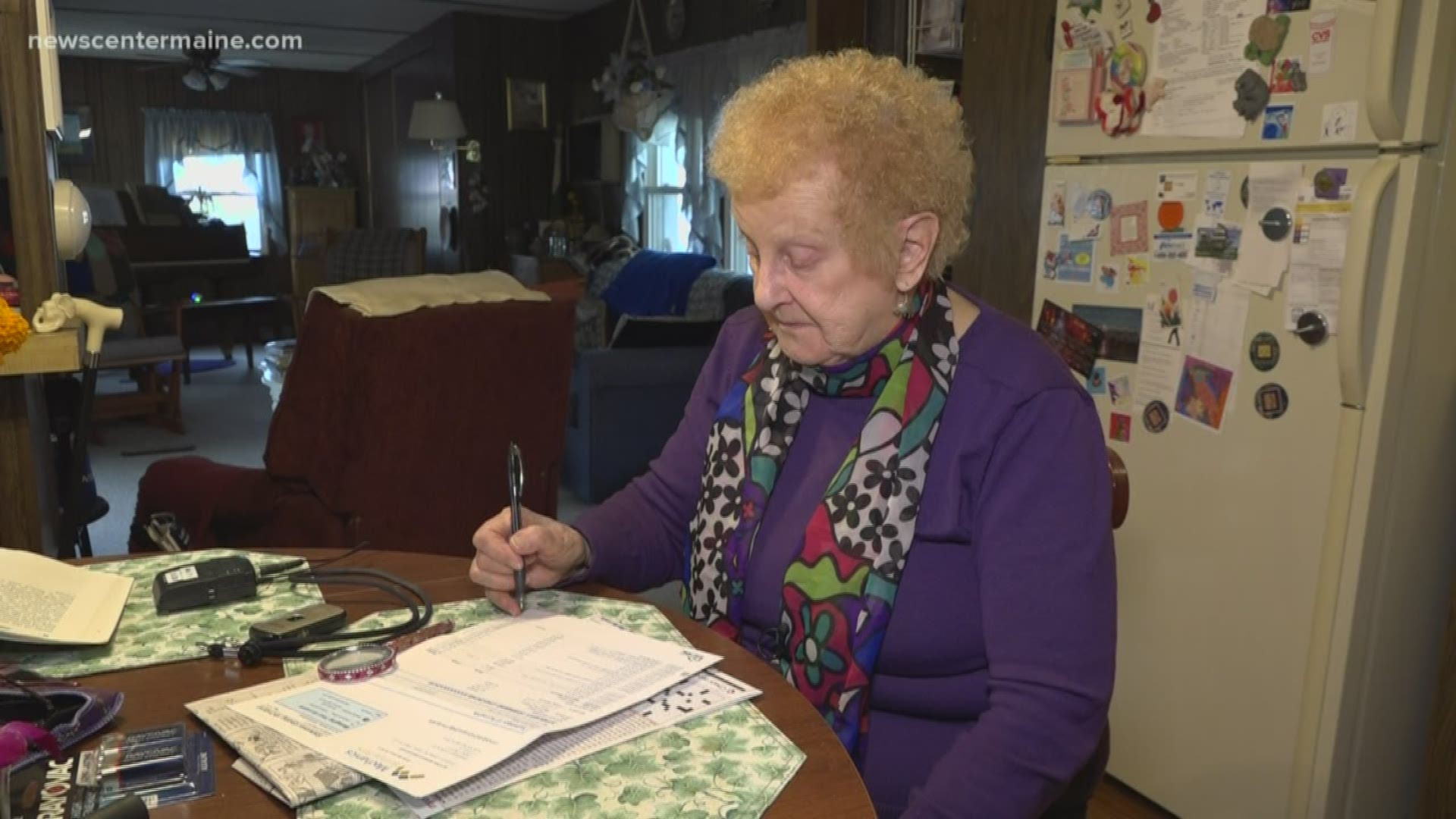 That's what 95-year-old Barbara Hinckley thought she won, when a man named 'David Sawyer' called her, saying he was from Publishers Clearing House.

"I was suspicious, but I bought stuff from Publishers Clearing House since 1989, and I knew of the name David Sawyer because he's a prize director," said Hinckley.

The Auburn resident said at her age, she didn't need the money or the new car, but she kept having conversations with the sweet talking man, for more than a month. He even said he would bring her the prize right to her home.

"He was never unkind to me. He was always thoughtful," said Hinckley.

It was all a scam. The caller tricked her into giving him $25,000. It was her entire life-savings.

When Hinckley realized what happened, she went to the police with her family. Months later, she still hasn't seen her money.

"I thought how stupid I'd been," said Hinckley.

Her story was first reported in the Sun Journal, and it caught the attention of former Governor John Baldacci. He has offered to hold a fundraiser for her in January.

"It was pretty nice of him to do that," said Hinckley.

She hopes by sharing what happened to her, it will help others.

"Don't answer the phone. I don't do it anymore, unless someone leaves a message. If I had done that, I wouldn't have gotten him," said Hinckley.

The fundraiser for her is expected to take place Wednesday January 8th at 5:30pm at the Auburn Middle School. The former governor expects hundreds will attend.

Publishers Clearing House does want people to know it's winnings are always free. It has issued a warning on its website. It says, if someone contacts you claiming to be from PCH, and tells you you've won a prize, then asks you to send a payment or money card in order to claim the prize, STOP! You have not heard from the real PCH.

RELATED: Senior citizens are the most vulnerable group for scammers