Irwin Gratz is a legitimate phenomenon in Maine. 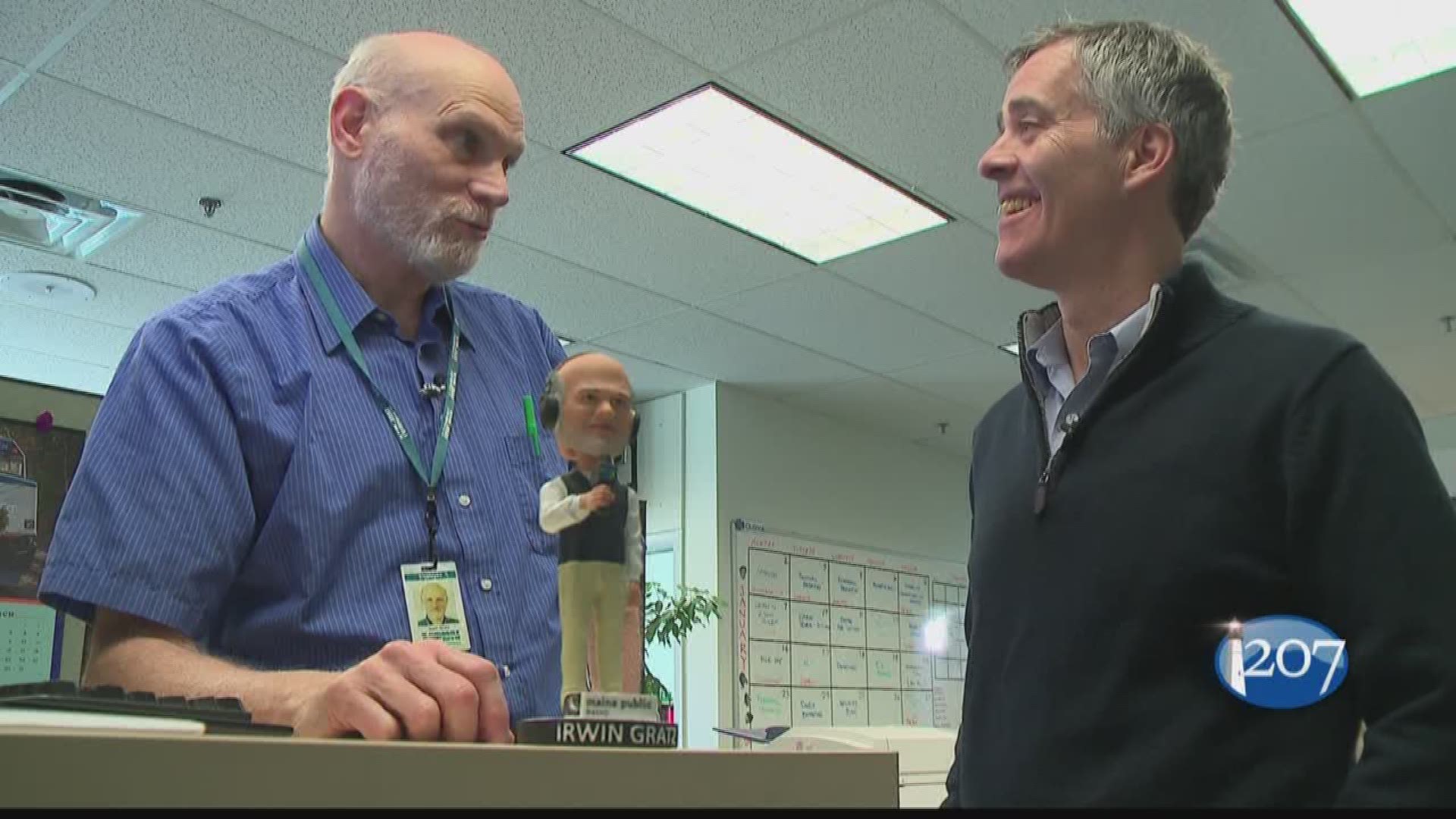 LEWISTON, Maine - (NEWS CENTER) For many of us, the morning routine is predictable: wake up, get the coffee going, begin easing into the day.

And for thousands of people across Maine, there's another part of that route: starting the day with someone who's been coming into their homes for a quarter of a century.

Irwin Gratz has been working in radio news in Maine since 1978. He arrives at the station at 4:00 AM and is virtually never late. Snowy roads or a dead car battery might keep others from work. Not Irwin.

"At a previous station he, in the midst of a blizzard, found a way to get into work by calling the public works department and hitching a ride on a plow," explains Maine Public Radio News Director Keith Shortall.

It takes two hours of reading, writing and editing to prepare newscasts before going on the air... and there have been times when Irwin had to climb up on the roof.

"Did he tell you about shoveling the snow off the satellite dish?" asks Maine Public Radio's Jennifer Rooks, "He's done that before when he's come in and there have been troubles. He climbs up and deals with the satellite dish in the snow."

When Gratz comes in, he's the only person in the building for a good three hours. "But I've got, you know, maybe 30,000 people at the other end of the microphone, so I'm not really that alone."

The format of the program is complicated and demanding, with local news from Maine and national news from NPR woven back and forth.

His nearly 40 years in broadcasting in Maine have given Irwin a certain celebrity. Last year he received a singular honor when the Portland Sea Dogs gave away 1,000 Irwin Gratz bobbleheads.