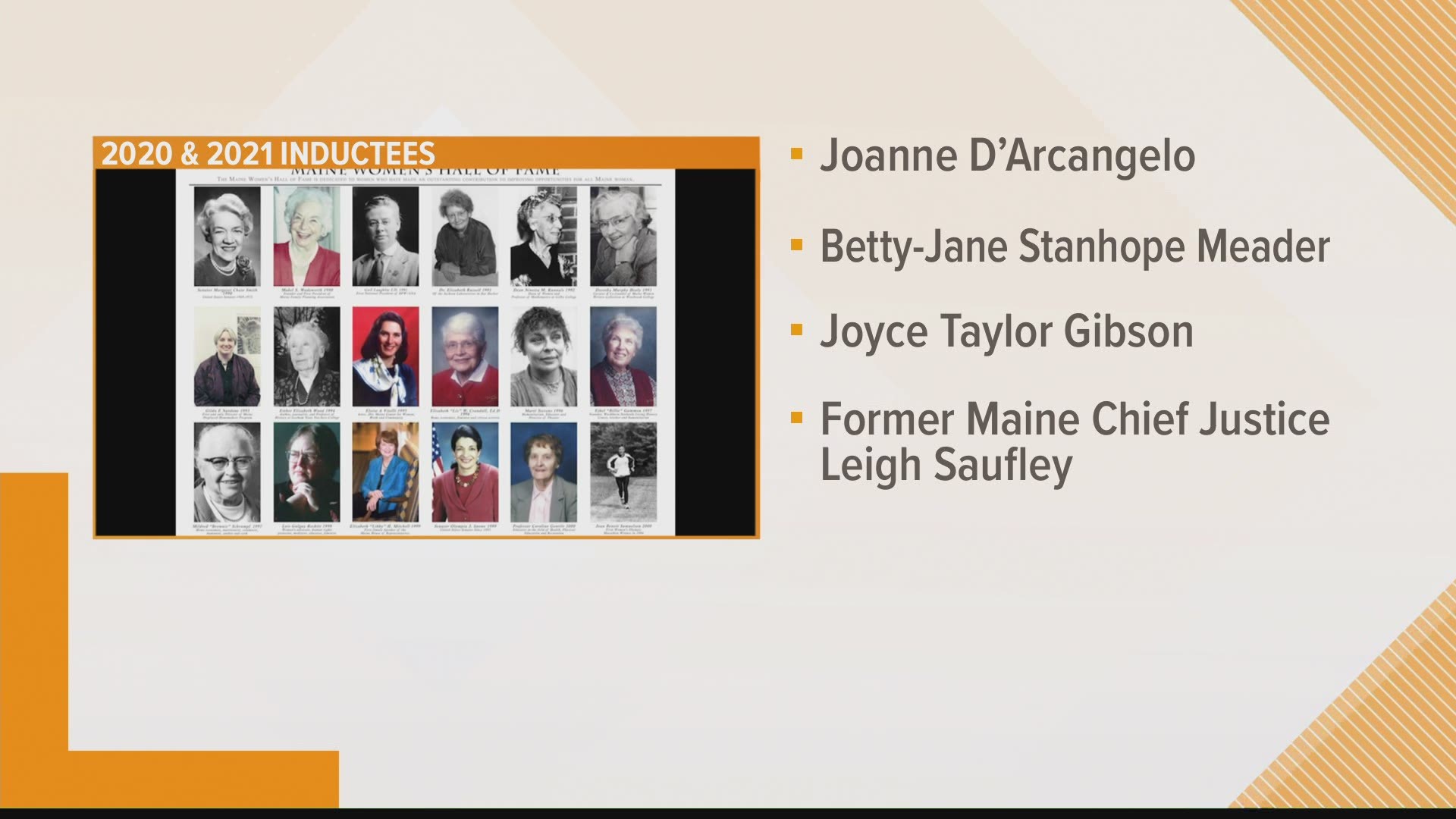 AUGUSTA, Maine — Four extraordinary Maine women were inducted into the Maine Women’s Hall of Fame over the weekend.

The new inductees were honored with a virtual ceremony on Saturday and welcomed into the prestigious group by well-known Mainers, including Gov. Janet Mills, Sens. Susan Collins and Angus King, Reps. Chellie Pingree and Jared Golden, and more.

“Not even a worldwide pandemic can keep us from celebrating the accomplishments of Maine women and from honoring four women in particular whom I’ve known for years,” Mills, who herself was inducted in 2019, said in the ceremony.

The Women’s Hall of Fame was established by the Maine Federation of Business and Professional Women back in 1990 to recognize women whose achievements have had a significant impact statewide.